On Sunday, Dead 2.0 ran an amusing, yet poignant article that should slap Web 2.0 CEOs and marketers with a dose of reality.

What started as methodologies and technologies to enhance the dynamic between site, applications and their users has blown up into what many are calling Dotbomb 2.0.

The evolution of Web 2.0 is out of control now that the marketers have gotten a hold of it. Today’s self appointed Web 2.0 leaders are really nothing at all close to the original philosophies and beliefs of how to make a better, evolving, more interactive web experience.

Companies with silly names with unbelievably horrible business models grace the headlines of the blogsphere, with many of the company founders, programmers, and marketing staffers become cult-like celebrities. These companies seem to make rounds from blog to blog, new tech events to unconferences, and it’s almost always the same cast and crew. The funny thing is that I don’t remember any of these folks from the classic Industry Standard rooftop parties who later became the first to RSVP for the wave of Pink Slip parties. Maybe they learned something.

On any given day, run a Web2.0 or Web+2.0 search in flickr, it’s overwhelming. From new companies, events, anatomy of 2.0 charts and albums of inbred barbecues, to analyses of Web 2.0 logos and popular fonts and colors. It’s just unbelievable to see how quickly the 2.0 cachet is eroding, which is ultimately expediting the backlash lead by those who are simply sick and tired of the hype. I think Michael Arrington said it best when he quietly removed the “Tracking Web 2.0” tagline from his site.

Don’t get me wrong. Web 2.0 (at its core) is NOT dead. Its foundation still carries on and is empowering many sites and new technologies to improve the web. 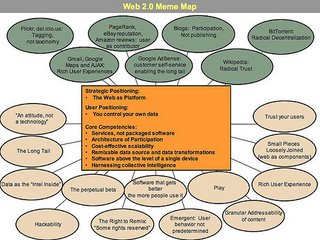 But wait. There’s help! Dead 2.0 put together a list of action items for the so-called Web 2.0 camp to help them get back on track:

1. Have a revenue model, right now.

2. Be a complete business, not just a feature.

4. Get a real, memorable name. If you don’t have one now, figure out when you’ll make the switch. The world only has so much room for YubNub’s, Twttr’s, Renkoo’s, Gada.be’s, CoolIris’es, and edgeio’s.

5. If applicable, get unaffiliated with Web 2.0, because it is hype and will have a very negative backlash in a little while.

6. Find some friends who don’t drink the kool-aid and get their honest feedback.

7. If you are revolutionary, make sure that a revolution is coming. Most evolutionary plays should be approached with exit strategy top of mind at all times.

8. Fit your business into an existing food chain.

10. Ignore the hype and have fun. Getting a link from Arrington or Scoble will sure help your traffic and publicity, but it’s no guarantee that anything substantial is coming down the road. I found this interesting image on flickr which demonstrates the transition from static to read/write.

Robert Scoble posted a link, stating, “I love the “Dead2.0″ blog. It reminds me not to drink too much of my own hype juice.”

12. Avoid tech conference insider-baseball games and Flickr ‘photo-ops’ as ‘marketing’. Fish-flopping around to all the ‘be seen and heard’ trendy tech conferences, doesn’t even rate a blip to those outside the haze.

13. Stop using buzzwords in everyday conversations, assuming they actually mean anything, if I hear one more “long tail” or “paradigm shifts”, or crazy “Singularity” theories, or new new talk about “progressive-enhancements”, and all the blogger-navel gazing “grassroots” or anything Cluetrainish…I will literally scream.

Those behind # 12 and 13 are some of the biggest punch drinkers of them all and are confusing celebrity with visionary and revolution with evolution.

At a recent event, someone asked what I was up to. After I gave my 60 second pitch, they nodded their head and replied, “That’s disruptive.” While I was flattered, I thought, “Disruptive? Nah, progressive, but not disruptive.” But then it dawned on me. I was at a new tech networking event, so everything is “disruptive” and “social…” and “tagable.”

It is the marketers or the marketing-savvy technologists and company founders who have spoiled this once promising category for the rest of us. Just go visit the archives from Valleyschwag one year from now to see how many of the original companies that provided fashionable junk and clever trinkets are still around.

The best marketers are those who can still have fun in the 2.0 crowd, but realize that businesses have real customers and the majority of their customers have needs outside of bubble 2.0. Market to them using their direct channels of influence. You may be surprised to find out just how many 1.0 tactics you still need to take in order to create and grow a successful business. 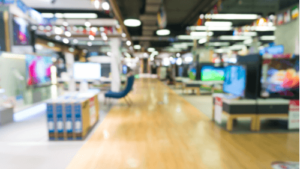 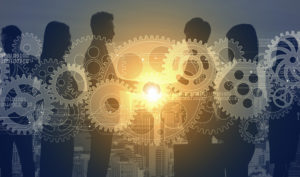 2 COMMENTS ON THIS POST To “Breathing New Life into Dying Web 2.0 Start-ups”