As the world turns, these are the days of pilots that don’t get picked up until they make the rounds on YouTube and convince studio executives to give it another shot, using the web as a tool to create buzz prior to the debut of the next six episodes.

Nobody’s Watching is a pilot created for WB about two young sitcom fans who end up in a reality show that covers their day-to-day progress on creating their own sitcom.

Even though it did OK in tests, WB decided to pass on it. NBC actually rejected the series before WB had a chance to also pass on it, but apparently its popularity on the video sharing site must have changed the network’s mind (or lack thereof). The series was created by Scrubs creator Bill Lawrence and two of the writers of Family Guy.

Thanks to YouTube, NBC has decided to pick up the show (at least 6 episodes) and invest in an online marketing initiative to generate community partipation and prolong the buzz. I should probably mention that NBC recently forged a programming alliance with YouTube.com.

In an interesting turn of events, the decision to revive “Watching” comes barely a month after a copy of the pilot popped up on video-sharing service YouTube. It’s almost unheard of that a rejected pilot from one network generates interest from competitors – I mean nobody wants to seem as if they’re picking up someone else’s failure, right? Well you know what they say, one person’s trash is another person’s treasure.

In an interview with Variety, Bill Lawrence said, “Part of our pitch for bringing back the show is that, for it to succeed, it needs to become more edgy and blur the lines between reality and fiction.”

If it goes to series, “Watching” is also expected to be produced for far less than a normal sitcom, with a budget well under $1 million per half-hour.

“If network TV doesn’t embrace the Internet as both a place to launch and test shows but also as a place where shows can live, they’re going to fall further and further behind,” he continued in his interview with Variety.

Producers also plan to launch a “Watching” website where fans of the original pilots can give notes on what they liked and didn’t like about the project.

NBC Universal TV is currently negotiating deals to bring back most of the pilot’s original cast, including stars Paul Campbell and Tarran Killam.

The power of the internet is largely untapped, offering proof that when things are plopped in the right places online, they’ll take on a life of their own (with the right guerilla marketing behind it of course – wink wink). With the right buzz and visibility, online marketing efforts will give the appearance of organic growth and support, pushing decision makers to rethink their strategies or inspiring others to take action.

I’ve included the pilot for you below. Enjoy and let’s stand by as the revolution is televised! 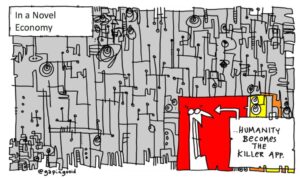 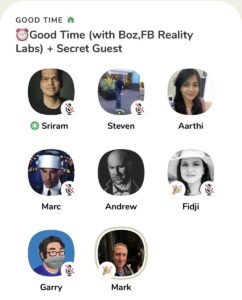