Reuters ran an interesting story this morning. Mainland China opened its first halfway house for Internet addicts, which offers teenagers counseling, books — and the use of computers????

The shelter can hold four minors for one-night stays, which is intended to provide a sanctuary between them and their parents.

Since online gaming has exploded in China over the years, an estimated 14 million people have jumped in to feverishly accelerate the growth. Even with a halfway house, it’s simply no match to curb the growth.

Amid growing concern that more and more young people are getting hooked, China has issued a raft of regulations aimed at curbing excessive game playing at Internet cafes and heavily fining owners that admit minors.

The Shanghai shelter, modeled on one already in operation Hong Kong, took in the first three guests on Monday, including Chen Jiafeng — a 17-year-old who is “fed up with the depressive atmosphere” of his family.

In May, the parents of a 13-year-old boy who killed himself after playing a computer game for 36 hours sued the game’s Chinese distributor.

According to the article, China has issued a raft of regulations aimed at decreasing excessive game playing at Internet cafes by heavily fining owners that admit minors.

Perhaps there’s a reason that these kids are looking to get out of their homes and escape by spending hours/days online. Halfway houses might wind up providing more family counseling services than providing steps to alleviate online addiction. In the first few instances, counselors have already stepped in to help parents communicate better with their children. 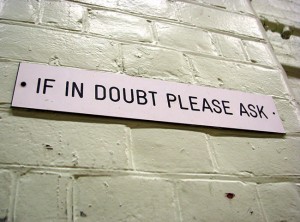