Today, Vocus announced that it acquired PRWeb. Now things are getting very interesting! Thanks to Jason Baptiste, co-founder of Weblogwire for sending along the information. Hey Jason, keep up the visibility and the PR for the PR! Maybe you’re next….

Vocus snagged PRWeb (an alternative news and information distribution service) for its proprietary SEO tools and team of specialized editors that deliver a unique level of exposure throughout the full spectrum of new media. PRWeb-distributed press releases are indexed by major search engines, distributed to thousands of news sites, including Google News and Yahoo News, and delivered through more than 20,000 RSS feeds, that collectively reach tens of millions of consumers and thousands of journalists daily.

Under the terms of the transaction, which closed on August 4, 2006, Vocus shelled out $20.8 million in cash and 494,543 shares of Vocus common stock – while also absorbing certain liabilities.

What does this mean for the industry? It means that Vocus had some cash in the bank and is betting that New Media will help it expand PRWeb’s service portfolio to more effectively compete against the old media distribution institutions while capitalizing on its recent momentum on the PR 2.0 front.

The acquisition is certainly an ideal match. Not only is Vocus obtaining a proprietary distribution channel, but the media/analyst management software appears to provide the missing piece to the new wave of press release templates that are rapidly emerging. There have been some incredible discussions on the New Media Release group on Google, which have discussed the need for a new medium – and one could see how this deal could deliver such a broadcast mechanism. In fact, while Tom Foremski, Chris Heuer, and I recently met at the Intel event in Santa Clara, Foremski mentioned the need for media tracking databases to provide an option for reporters to specify APIs to help PR pros deliver news in their desired format.

Things are definitely heating up.

Now’s the time to join the New Media Release group to help breathe new life into the press release and make it useful once again – especially in this age of New Media relations. It’s up to us and your voice counts! 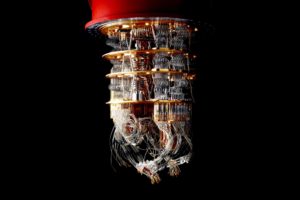