Home » New Media University » How to Write a Social Media Press Release, Why, and What It All Means
Go Back As a function of the Social Media Club, Chris Heuer and I were recently discussing Social Media Press Releases with a reporter at a PR trade magazine when we realized just how many people have yet to even learn about the fundamentals of social media. For example, as we were defining the building blocks of an SMR (social media release), Chris stopped and asked the interviewer if she knew what a “tag” was. That was a great question, it turns out, because the answer was no.

That’s when we realized, as we reach out to traditional PR channels, we are definitely flying over the heads of the masses – at least for now. Social Media is not only for the elite or early adopter; it’s for everyone that cares about doing a good job and engaging with target markets. With that, it’s important that we take a couple of steps back in order to help everyone understand the benefits of Social Media and most importantly, learn how to implement Social Media Optimized (SMO) campaigns to more effectively converse with customers and encourage them to share information amongst each other.

I reached out to my friend Lee Oden over at TopRank Online Marketing and he had this to say about the subject, “Due to the increasingly social and sharing nature of the web and the increasing importance of press releases as direct to consumer communication tools, it is important for marketers and public relations professionals to adjust their message format and delivery to correspond with the needs of today’s web savvy audience. Another motivator for using social media with news releases is that editorial resources at many publications are running thinner than ever and expected to do more with less.”

Technologies such as RSS, tags, SMO, social bookmarking, etc., are ineffective if you don’t have a grasp on what they are, how they work and how you can benefit from them.

The point of this discussion is two-fold, one to help grasp the premise of social media in order to then take it to the next level with an SMPR, and two, how to write more effectively.

It’s also important to understand that just because SMPRs provide a new format for delivering news, and, wire services provide a new push channel for companies to broadcast to bloggers, it doesn’t mean that bloggers/reporters will automatically pull your information.

As one reporter put it when learning about SMPRs, “You mean I can get the same poorly written press release in a whole new format, with fake, useless executive and customer quotes, so that I can deconstruct the content in order to figure out what the news really is?”

I’ve heard many discussions lately surrounding PR 101 in regards to writing press releases. Everyone says, write well, write clearly, get to the point, reduce hyperbole, etc. But as with every educational institution, there are always different “schools” of thought on how to write well. So PR 101 doesn’t mean much if you didn’t learn the right things along the way. This really shouldn’t be open to various interpretations. Take the following advice at its core and don’t deviate from it.

Bloggers, like traditional reporters, are busy people. They will never ever get from a release what your product marketing and marketing department try to shove into it.

Another way to create a “better” press release is to think about it as taking the news release you would have written and then condensing it into a solid pitch letter. Get to the hook and the relevance ASAP. The process forces you to distill what really is important, why, and to whom it impacts. The end result should be a compelling, SMPR which bloggers — and honestly, traditional reporters, too — will appreciate.

For those who may need to catch up with the history…this was inspired by Tom Foremski’s original post, Die Press Release, Die Die Die, where he tells the PR industry that things cannot go along as they are…business as usual while mainstream media goes to hell in a hand basket. In turn, Todd Defren of Shift Communications introduced his Social Media Press Release Template and it was extremely well received.

To help PR professionals create Social Media Press Releases, I developed a “how to” guide, using a social media format, to help put things in perspective.

I’m often asked, will SMPRs replace traditional PRs? The answer is no. In fact, many new media PR practitioners write and distribute both, or a fusion of the two.

I contacted Todd Defen – since he’s the recognized expert on SMPR templates – and he offered this powerful thought, “It’s important to understand that the Social Media News Release is not intended as a replacement for the traditional news release. It’s an evolution. The SMNR’s core function is simply to allow creators of news to leverage the Web familiarity that is now ingrained in consumer audiences. With 50+ percent of consumers now creating and sharing content online (Pew Research), it just makes sense to democratize access to corporate news and multimedia assets to anyone (reporters, bloggers, laypeople) who might be interested, and, to create a forum for community and context that – to date – has been unavailable via old-world press releases.”

Social Media Press Releases do not replace traditional releases, they complement them – much in the same way that Social Media activities and campaigns work best in concert with traditional PR initiatives. Together, Social Media + PR delivers a more effective communications program that actually “thinks about” and strives to “satisfy” the needs of your customers.

Vote for this at NewPR 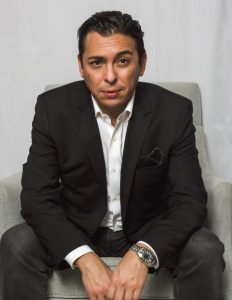 21 COMMENTS ON THIS POST To “How to Write a Social Media Press Release, Why, and What It All Means”