I just read over on Techmeme that Microsoft PR may be digging itself deeper into another potential PR fiasco. There is a blogstorm out there with dozens of bloggers, myself included, casting opinions. Many of which I don’t necessarily agree with. I had to find out for myself, so I contacted several of the privileged bloggers who already have the notebook as well as other PR leaders to discuss the topic.

Microsoft’s intention was right on target. Their PR thinking, on the other hand, was slightly off target, with a few key elements overlooked or underestimated.

What’s most important here is that the Microsoft empire gave a nod to the blogosphere and proactively embraced it to help launch an important product. While some are calling it a bribe, I like to think of it as recognizing the ability to reach and interact with your community of customers. It is social media marketing in its purest sense, but as any marketing campaign goes, it’s all in how you aim and pull the trigger.

One way to approach this would be to:

1. Identify a group of highly influential bloggers, some of which use Macbooks, but also hit Windows enthusiasts and open skeptics
2. Send them an ultra-fast PC running the new Windows Vista OS
3. Say something in the package that says “Happy Holidays” and “send it back, give it away, or use it as a review platform” so you’re not implying that you’re trying to buy them off (unless you believe in Guy Kawasaki’s take on bribing bloggers to get coverage)
4. Have all communication come from Microsoft and not PR – recognizing them for status and requesting an honest review – providing a publishable statement for the posts
5. Revisit step number 1 and ensure that big guys and little guys in the 2.0 and PC blogosphere are represented
6. Request full disclosure to protect the blogger’s status with their audience

How they launched it:
1. Microsoft’s PR Agency, Edelman, may have neglected to analyze the fallout from the Wal-mart flogs and predict how bloggers (in and around) this campaign may react. UPDATE: Word is that Steve Rubel was behind this and the idea may have stemmed from Microsoft’s recent meet and greet with bloggers.
2. Selected a group of high traffic bloggers that live in the web 2.0 world and who may or may not understand the significance of Microsoft Vista in the Windows world. UPDATE: Some say they really have no idea how to even review Microsoft Vista. Many speculate that Edelman simply wanted controversy.
3. Sent the email from Edelman and not Microsoft, while others received emails from Microsoft directly. UPDATE: Depending on the caliber of blogger, there are upwards of 3-4 varying emails from Edelman and Microsoft all with different messages and approaches.
4. Incited negative posts from bloggers who felt either alienated or jealous because they didn’t receive a $3,000 notebook
5. Sent an Acer Ferrari, which isn’t the fasted notebook on the market, but it sure is the flashiest. Keep in mind that most bloggers adorn their Macbooks with stickers from their favorite sites. I’m not sure Sony would have played along here, so I will at least send Kudos over to Acer and AMD for playing ball. UPDATE: There are reports of three different types of notebooks circulating, ranging from Acer to an no-name whitebox.
6. Sent a series of emails after a few not-so-kind posts which is coming across as backpedaling
7. Most importantly, may not have asked bloggers to disclose their intentions so it was perceived more of a reward for influence as opposed to a bribe. UPDATE: After speaking with several recipients of the infamous notebook, they’re were told that it was “a holiday gift” with “no strings attached” and were not offered options of giving it away or returning it after the review was completed.

What they did right:
1. To their credit they are giving bloggers a choice to keep it, give it away, or return it. UPDATE: I guess only certain bloggers received this option and it arrived after the notebook.
2. Ensured that they represented the full spectrum of A,B and C list influentials
3. Recognized that the blogophere is influential – according to Hugh MacLeod at gapingvoid.com, “a well-executed blogging campaign is an act of love.”

While many likened it to a blatant payperpost campaign, others were open minded. One of the biggest fallouts, may have been unforeseen by Mircosoft’s PR. Many bloggers dedicated entire posts to defend their standing, ethics, and perspective among their readers why any post on Vista or the Ferrari should be read as genuine and not influenced by a lavish reward.

It’s all about disclosure and less about relying on the intelligence of the reader to make a decision in your favor. Disclosure in this case, should run from Microsoft to bloggers and from bloggers to their audience. Calling it a gift was wrong and disrespectful. As bloggers, our word, credibility, and reputation are our greatest assets.

Here’s a summary of what’s going on out there:

Marshall Kirkpatrick is not so impressed – “Microsoft and AMD sent out a pile of very expensive (yet trashy looking) laptops to a number of bloggers over the past week. I almost smashed mine in the middle of the street 10 minutes into trying to use it!”

Robert Scoble first called it “Pay Per Post” but now thinks the move is brilliant – “Is sending out laptops ethical? Of course! Their job is to get the product and company they represent in front of as many influentials as possible.”

Scott Beale is open-minded – “I’ll report back later on once I’ve had a chance to setup the laptop, configure Windows Vista and play around with a it a bit.”

Brandon LeBlanc at first didn’t disclose where he received the notebook, later posted – “I’m sorry if this donated laptop makes my readers think any less of me and my posting and objectivity.”

Barb Bowman loved it – “I’m convinced I have the coolest and fastest laptop on the planet.”

Mitch Denny humbly defended his ethics and credibility stating the Microsoft’s move here was less of an attempt to bribe, and more of a strategic ploy to move the dial – “Ironically I posted up this piece the day before the laptop arrived about marketeers earning mindshare rather than buying it”

Traditional media balked at this approach citing that Microsoft crossed the line as it bribes bloggers with Vista notebooks. Journalist Dan Warne quoted, “Microsoft isn’t a computer company! It’s a bit like the owner of a motorway giving journalists free cars.” John Pospisil stated, “In the ten years I’ve been writing about computers this is the first time I’ve heard of this kind of PR give away on this level.”

My opinion on the last set of quotes…the market is nothing like it was 10 years ago. But just for reference here, back in 1999, I represented a company that made a software OS for digital cameras. It was way ahead of its time, so we actually sent out cameras that could run the OS and aftermarket software and sent them to traditional reporters and online enthusiasts (before they were called bloggers) so that they could review the software in a self-contained review environment. It was far from bribery and more often called brilliant, as it actually landed a 100% review rate with all recipients. Without the review kit, we would have been lucky to hit 25% – if that.

Now, back to Microsoft. I’ve included a few of the emails from Microsoft PR for your reference…

I’m working on getting some review PCs out to community bloggers, and wanted to include you. I’d love to send you a loaded Ferrari 1000 courtesy of Windows Vista and AMD. Are you interested?

This would be a review machine, so I’d love to hear your opinion on the machine and OS. Full disclosure, while I hope you will blog about your experience with the pc, you don’t have to. Also, you are welcome to send the machine back to us after you are done playing with it, or you can give it away to your community, or you can hold onto it for as long as you’d like. Just let me know what you plan to do with it when the time comes. And if you run into any problems let me know. A few of the drivers aren’t quite final, but are very close.

If you are game, would you send me your address and phone? I’m going to send this out next week, so if you will be travelling on the 22nd let me know where you’ll be, and I’ll send it there.”

Here’s the email clarifying its intent after a few bloggers posted stories on the subject:

No good deed goes unpunished, right? You may have seen that other bloggers got review machines as well. Some of that coverage was not factual. As you write your review I just wanted to emphasize that this is a review pc. I strongly recommend you disclose that we sent you this machine for review, and I hope you give your honest opinions. Just to make sure there is no misunderstanding of our intentions I’m going to ask that you either give the pc away or send it back when you no longer need it for product reviews.

Thanks for your understanding, and happy reviewing.”

Please vote for this story at NewPR. 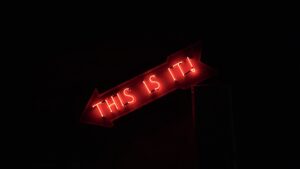 The year was 2013, CHALAYAN debuted its futuristic