Almost within 24 hours of going on record stating that we will (should) not see anyone referring to PR 3.0 anytime soon, PRWeek runs an article about how the industry is entering a new age: PR 3.0. Hat tip to Constantin Basturea.

Excerpt from my post, “And let me point out, that there will not be a 3.0 or any other rev numbers, unless there is another tremendous evolution, fusion, or breakthrough in the practice, science, and art of communications.”

The flagship publication that has made a business out of documenting “what is” versus “what is…changing” without necessarily helping their readers understand the evolution, decided to place a stake in the ground and call attention to their forward-looking vision, or as some would say, ignorance.

I guess they missed the whole fact that the industry was still coming to terms with how the Web swept the rug from underneath it, thus changing the game forever, and threatening the eradication of generations of less-than-web-savvy PR professionals.

And what’s even worse, is that in this age of Social Media, I couldn’t even comment on the article. I was given a link to editor@prweek.com.

According to Julia Hood, EIC of PR Week, “PR has gone through other incarnations in the past, but what is happening now is so fundamental, it can only be described as the next iteration of the industry – or PR 3.0, as we have designated it.”

Stating that the industry is entering the age of PR 3.0 is absurd, premature, and irresponsible. If anything, this article could have validated PR 2.0, but instead they chose to leapfrog it.

Here’s her argument for PR 3.0 has they “have designated it:”

“Staffing has been on the increase”

“…an average of 17% growth among firms that reported the previous year.”

“…Schwartz Communications pulled in 22% growth, Qorvis increased by 31%, Taylor (formerly Alan Taylor Communications) was up by 36%, and Integrated Corporate Relations showed a 48% rise…”

PRWeek’s rationale for evolving into PR 3.0 is driven by revenue? Are you kidding me? Some of our other friends tracking the economy might call this growth, or an upward trend. But to call it an entirely new era of PR is laughable, sensationalist, and so off the mark that it demonstrates why PR and spin go hand in hand.

Oh yes, we’re living in a time where PR has evolved more in the last 10 years than it has in the last 100. The press release is finally evolving, the Web is now interactive, citizens are now more than journalists – they’re influencers, and Internet marketing is driving new PR campaigns. Social media has, and will only increase, in its influence for redefining not just PR, but all media in general.

Honestly, I’m still defending, justifying, and defining the ideas and principles behind PR 2.0 and social media and how it all integrates into traditional PR. This is where the discussions need to focus in order to improve the industry, and, it can only be done through art and practice, not through revenue.

I’m talking about PR for the PR – forcing the discussion outside of the likes of PRWeek and into global forums where people can exchange real world information in order to share and learn from each other in the face of the new web and Social Media.

The idea and the mantra behind the PR 2.0 movement is to reach PR people outside of the echo chamber to help them evolve, improve their game, learn the technology that’s driving social media, and most importantly, participate in the conversations taking place without them (not initially as a PR, but as a regular person genuinely engaged in conversations to participate and learn.)

Social media and (PR 2.0) is about respect, passion, conversation, and insight. It so much more than blogger relations, wikis, social networks, Second Life, blogs, tags, podcasts, etc. Those are merely the tools used to engage in the conversation. But PR is all about, or should be about, knowledge, understanding of the markets, and the channels used to reach them with the most compelling and meaningful messages.

New PR, PR 2.0, whatever you want to call it, is more about being “smart” enough to participate at an entirely new and more valuable level of engagement. It’s about reading the publications, blogs, networks, where you want to participate. It’s about living and breathing the product/service we represent.

It’s the difference between spin and evangelism.

It’s also the difference between storytelling and influence.

It all eventually merges back into PR – with a long trail of communications professionals that will be forced to jump ship for the betterment of the PR industry as a whole.

With Web 2.0 attracting mainstream attention, PR 2.0 (and everything 2.0) has PR and marketing professionals drooling while seeing dollar signs – rejoicing that their ship has come in. Yes, unfortunately, it shows in the numbers. But I’d like to think that this is an opportunity for PR professionals to put the “pro” back in their title.

PR 2.0 is not because of Web 2.0. It is because of the Web – or the Live Web as Doc Searls calls it. The evolution of the Web has forced communi
cations professionals to step out from behind the “great wall of PR” to interact with the people formerly known as the audience and the “people” aka influencers aka experts that also reach them.

The interactivity of the web, combined with the ability to transform readers into content producers, is forcing PR’s evolution along with it – regardless of 1.0, 2.0, or 3.0.

The idea is to fuse the best of PR, technology, marketing, and the Web. No BS. No hype.

PR should understand markets, the needs of people, and how to reach them at the street level – without insulting everyone along the way.

PR 3.0, as defined by PRWeek, is a slap in the face to all of the new media pioneers who have tirelessly worked to help bring PR into the conversation – and in doing so – improve the business of PR and the skills of those who practice it.

For those who haven’t read my series of what PR 2.0 is and isn’t, here’s a quick recap:

I started discussing the concept of PR 2.0 during Web 1.0 as a way of analyzing how the Web and multimedia was redefining PR and marketing communications, while also building the toolkit to reinvent how companies communicate with influencers and directly with people.

PR 2.0 is an opportunity to not only work with traditional journalists, but also engage directly with a new set of accidental influencers, and, it was also our ability to talk with customers directly.

PR 2.0 isn’t Social Media. And Social Media isn’t Web 2.0. These are also distinct movements that can complement and inspire each other.

PR 2.0 incorporates the tools that enable the socialization of media, providing smart folks with the ability to reach folks directly.

Social Media is important because it represents the democratization of news and information.

Social Media frames “media” in a socialized context, but it doesn’t invite PR (as it exists today) to market through (or to) it. However, worthy individuals can participate in conversations as long as they participate as a person and not a marketer.

PR 2.0, in principle, is the ONLY method for conducting PR in the long tail.

UPDATE #2: I responded, “Just to be clear, my post wasn’t in direct response to the Agency Business Report, it was specific to PRWeek’s claim that the industry was moving towards a new age – PR 3.0 as designated by the staff.

By aligning PR 3.0 with revenue and business growth, PRWeek is misleading and confusing the already bewildered masses of PR practitioners and company marketing executives who are still trying to figure out the new world of Social Media.

Our discussions about PR (insert number here) should first focus on helping these people “get it,” instead of trying to coin a movement that hasn’t yet amalgamated.”

UPDATE #3: Keith O’Brien’s response, “...what we (the Royal We, at least from my perspective) wanted to get across was that social media was not tremendously impacting the bottom line (yet) and that execs were agreeing with your statement – that everyone needs to get it. Perhaps when everyone gets it, we will be at 3.0. Or 2.3. (insert number here).” 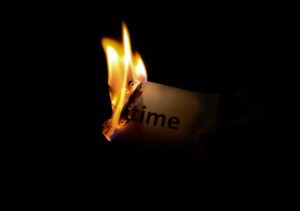 18 COMMENTS ON THIS POST To “PRWeek Claims Industry Enters Age of PR 3.0 – They Couldn’t be More Wrong”