Yes, it’s true. We are a fickle impatient bunch of early adopters looking for things to be there when we need them and work like we want them to. We do have patience with cool, new technologies and apps, but that patience quickly thins when it is tested too frequently.

Yes I am a fan of Twitter. But, using Twitter can be frustrating at times. All too often, I’m forced to wait, sometimes without satisfaction, in order to hit the site when I’m away from text or IM updates.

Twitter isn’t a mission-critical application, so reading the updates from the community or sending information to them isn’t going to make or break business per se. But the frequency of server issues with Twitter is starting to make the LOL Cats less and less cute and funny, and more annoying, error by error.

But don’t get me wrong. Twitter is still a relevant app and I will continue to use it. The purpose of this post is to show you what happens when your errors, hiccups, trip-ups, start to fuel customer adoption for your perceived competition.

In this case, Jaiku is inadvertently benefiting from Twitter’s little stumbles. While I personally believe that Twitter and Jaiku are only similar in their ability to channel life streams and truly represent two unique market opportunities, they are perceived competitors.

Earlier, I noticed several new “friends” (within minutes of each other) in my Jaiku list, which caused me to question what was different about today than any other day.

Then I found an article by Duncan Riley of TechCrunch, which instantly solved the mystery. It was not so discreet in its positioning and intent simply by judging the title, “Making The Switch From Twitter to Jaiku.”

Riley cleverly and passionately claims, “I thought I saw a putty tat. I did, I did see a putty tat! These famous words were never the last from Tweety Bird, but for a growing number of Twitter users they will be. The last thing they will see before giving up on Twitter will be the Twitter server cat, the default screen when the service is completely down.” 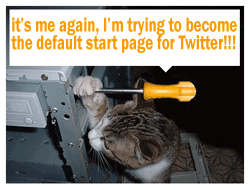 In the TechCrunch comments however, Michael Arrington added his voice to the conversation, “I’m actually a loyal twitter user and won’t be leaving. The downtime is more charming than anything else. This isn’t exactly a mission critical app.

Shortly thereafter, Calacanis posted, “Twitter is how I stay in touch with my core, most dedicated, peoples…. that last week has been really hard for me. Please let me pay you…please.”

They’re right. For some of us (well others more so), Twitter represents the vein in which the IV of business and personal relationships are fed. However, there will be some who don’t care. What can’t be underestimated however, there will also be those who simply give up. And, therefore, that represents a tremendous marketing challenge for the folks over at Twitter. Our attention spans are simply finite and they grow thinner everyday.

And let us not forget the last exodus sparked by Leo Laporte’s departure to Jaiku over potential copyright issues. 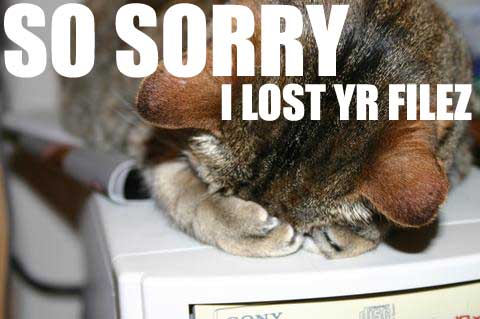 While again, Jaiku is a more elaborate application, it can at its minimum, serve as a Twitter alternative. At its full capability however, Jaiku serves as a complete microblogging platform that can aggregate disparate streams, while also faciliating social threads around relevant topics that you post.

As I mentioned in a previous post, Twitter is simple and it’s beautiful that way. And its community is well established and some of the most amazing people thrive from reading and sharing information through the Web, mobile text, IM, etc.

Jaiku is a bit more involved. For one, it’s almost a profile aggregator of sorts, allowing you to bring in feeds from other sources, including Twitter, blogs, del.icio.us, flickr, etc., so that your updates traverse across your multiple online personae through one social, integrated personal stream (or flow). It also allows comments on individual posts to continue threaded conversations, which is better suited to those seeking more meaningful engagements and conversations – well as deep as a nanoblogging platform would allow (and promote).

Either way, the community is agitated. And somewhere down the line, there will be a boiling point. The key for Twitter is to either diffuse that scenario or to continue its customer service strategy of using cute cat pictures with funny LOL Cats captions.

caseymckinnon Aw fuck… Twitter is waning again, got a server error a second ago.

caseymckinnon The problem with Jaiku is that I never remember the name! It takes me a hesitation of about 5 seconds before I can type in the URL!

JasonLBaptiste twitter is just a ploy to make icanhascheezburger even more popular. they never meant to build a scalable web application