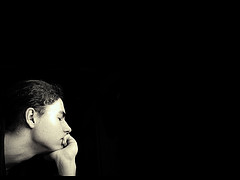 After publishing, “The Social Media Manifesto, A Manifesto for Integrating Social Media into Marketing,” I decided to take a short break. I wanted it to reside online for people to discover before it was pushed down the page with every post to follow. Afterall, we do have a very short attention span these days and the important posts that exist across the blogosphere are unfortunately quickly forgotten.

But that’s the point of the manifesto. There are conversations taking place across multiple networks, and each are vying for our attention, which increasingly thins with every new network, app, and tool that’s introduced.

So, how do we ensure that conversations don’t leave us behind?

We engage and continually participate.

There has been a fundamental shift in our culture and it has created a new landscape of influencers and an entirely new ecosystem for supporting the socialization of information – thus facilitating new conversations that can start locally, but have a global impact.

Social Media is, at its most basic sense, a shift in how people discover, read, and share news and information and content. It’s a fusion of sociology and technology, tranforming monologue (one to many) into dialog (many to many.)

It is an evolving phenomenon that has captivated some, intrigued others, and is feared and underestimated by many. But if you’re new to this discussion, where do you go to learn about the basis for Social Media or simply its definition? The current “go to” reference is Wikipedia, and as I mentioned in previous posts, it is misleading, incomplete, and uninformative.

There are many of us who have spent the last year defining and defending Social Media as a legitimate classification for new media as well as documenting the tools that facilitate the socialization of content, including Stowe Boyd, Robert Scoble, Jay Rosen, Chris Heuer, Jeremiah Owyang, Shel Israel, Todd Defren, Brian Oberkirch, Chris Saad, Jerry Bowles, Deb Schultz, Marianne Richmond, JD Lasica, Rohit Bhargava, Jeremy Pepper, Greg Narain, et al. However, we always seem to run around in circles defining it and re-defining it, over and over again.

I originally stated that the Wikipedia definition was in dire need of reform, otherwise we’re doomed to continually run through these cycles of explanation and defense, instead of focusing on foward-thinking, collaboration, and development. A more informative and clearer definition will benefit those new to the conversation as well as strengthening and uniting the effort of those visionaries who will continue to carry the flag forward.

The time is now to define social media and I would like to invite those part of the bigger conversation to contribute to the common collective.

Here is the current definition on Wikipedia:

I took the current description and offered some suggestions based on my beliefs as well as points from other thought leaders. I tried to keep it simple as not to overwhelm, but embrace those read it.

2 – Social Media is the democratization of content and the understanding of the role people play in the process of not only reading and disseminating information, but also how they share and create content for others to participate. It is the shift from a broadcast mechanism to a many-to-many model, rooted in a conversational format between authors and people.

I invite your feedback and encourage you to help continue the conversation. My goal is to take a draft of the collective input and submit it to Wikipedia for a more global review.

Chris Heuer on the importance of Social Media