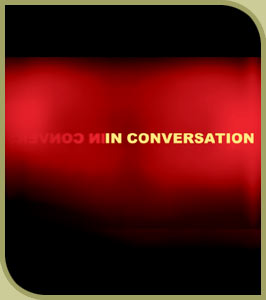 The crossroads of traditional PR and Social Media is on an inevitable path to a very public boiling point. In the realm of Social Media, conversations are king.

As much as we talk about how to participate in Social Media, it doesn’t mean a thing if we don’t take a few steps back and remember that regardless of the technology, meaningful conversations are about respect and relationships. And, I should also point out that the most rewarding dialog has always been 1 to 1 instead of 1 to many, aka spam PR.

1 to 1 PR is a completely different game. Instead of simply targeting a person individually, say through email instead of a mass blast, you also need to investigate their preferred form of communication, as well as their likes, dislikes, and most importantly, the topics they usually cover and why.

Remember, genuine conversations can also a form of strategic marketing, without it being a marketing initiative in of itself. As Chris Heuer says, it’s not conversational marketing though. It’s not something we do TO people, it’s what we do WITH people.

Case in point. Twitter is one of the most powerful conversation tools among early adopters aka edglings. Robert Scoble, an a-list tech blogger, publicly posted his frustration with email on Twitter today, requesting that people pay attention to his ideal methods of contact – especially those in PR. He also recently asked PR people to examine other tools and creative approaches to catch his attention when he asked publicly if Facebook was the new press release. I discussed it here.

Scoble wrote, “It’s amazing that in this age of Twitter that people still send email. I hate email. I hate direct Tweets. I hate Facebook messages.”

He then immediately followed with, “PR people are the worst in the email regard. Speaker planners are close. I don’t answer a lot of my email anymore…”

And perhaps the line that resonated the most with me was, “If PR people were forced to do their work in public their entire method would change.”

He’s absolutely right. PR for far too long as operated behind the curtain, hurling news bits over in waves as opposed to focusing on individual conversations. Social Media changes the very foundation which PR is built, forcing communications professionals to step from behind the curtain and engage with the people they’re trying to reach.

The beauty of communicating through Twitter is that you are forced to summarize your story in 140 characters. But take Twitter out of the equation, and let’s replace with Jaiku or Pownce, or even Facebook. They all share in the preference for brevity. If you can summarize your story in a way that’s compelling in 140 characters and doesn’t insult the public in which its broadcast, then you are well on your way to improving a 100 year old industry and helping put the “public” back in Public Relations.

OK, so what do we learn?

We need to pay attention. We need to watch and listen. If you want to reach people, figure out what they want to see and how. Oh, and be intelligent about it. Show that you did your homework if you want to see a positive reaction. Most importantly, absorb the culture of the community.

@webword: Mike Arrington is a hard guy to get ahold of, especially when he’s digging through 100 new hot companies. But he watches Twitter.

@tildesley: the best way to get ahold of me? Blogg comments. Twitter. Pownce. Kyte. Facebook. Phone (my number is always public).

kamichat @Scobelizer How long before your tweets become spam? Already I have rejected some followers due to their highly spammy tweetstream

hardaway @Scobleizer. Thanks for letting us know the communications protocol for this week 🙂 Two weeks ago it *was* Facebook messages.

Scobleizer I always answer things in public space first. Why? Because those communications scale.

Scobleizer PR people are the worst in the email regard. Speaker planners are close. I don’t answer a lot of my email anymore. If I did, I’d never do.

Scobleizer It’s amazing that in this age of Twitter that people still send email. I hate email. I hate direct Tweets. I hate Facebook messages.

15 COMMENTS ON THIS POST To “PR is About Relationships, Just Ask Robert Scoble”