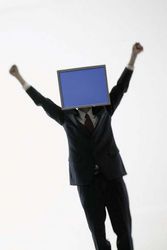 Aaron Brazell, Director of Technology at b5media has lined up a handful of respected voices on both sides of the PR game to host a “roundtable” discussion on Social Media. It will be a five part series with the first running today at Technosailor.

Question #1 – What do you think the biggest challenge is for the Public Relations industry to fully embrace social media? 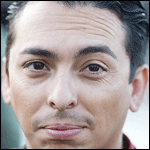 After all, Social Media is about people.

In the eyes of many PR is associated with used car and snake oil salesmen or far worse, lazy flacks that have no clue what they’re talking about.

Yes, it’s true many PR people simply don’t or won’t ever get it. The other thing is that, as in any industry, there are also opportunists in PR who simply see Social Media as a new golden ticket and in turn, are selling a new portfolio of services without having a clue as to what Social Media really is and how it works.

The challenge for PR in Social Media isn’t any different than the challenge that already exists for them in traditional PR. For far too long PR has taken comfort in blasting information to the masses in the hopes that something would stick. Until recently, the industry really hasn’t seriously considered requiring people to learn about what it is they represent, why it matters and to whom, how it’s different than anything else out there, where customers go for information, and how it benefits the customers they’re ultimately trying to reach.

The lack of presence or the drive to inject these questions into the PR process and also take the time to answer them genuinely, without marketing hype, is perhaps the greatest inhibitor of PR’s legitimate entrance into Social Media.

Doug Haslam is a public relations professional with Topaz Partners, specializing in technology clients in the Web 2.0, mobile, storage and networking industries. Doug comes to public relations after a decade in broadcast journalism, and has spent his years with Topaz putting to practice his observations on how new media affect branding, reputation and communications.

Marshall Kirkpatrick lives in Portland, Oregon, has written for some of the top blogs on the internet and consults for companies who want to rock online. For more info see marshallk.com

Marc Orchant is an independent consultant working with a number companies in the areas of new media integration, market and community development, and enhancing personal and team productivity. He is the Technology Editor for blognation USA, part of a global network of blogs focusing on emerging trends in technology and mobility.

(included only for context)
Brian Solis is Principal of FutureWorks, a PR and Social Media agency in Silicon Valley that “gets it.” Solis also runs the PR2.0 blog. Solis is co-founder of the Social Media Club, is an original member of the Media 2.0 Workgroup, and also is a contributor to the Social Media Collective.