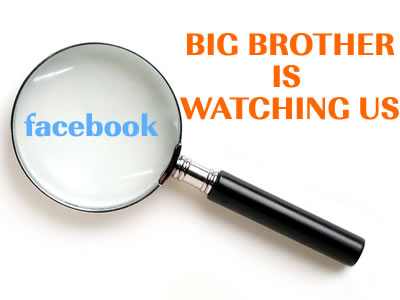 This is part of my crisis communications 2.0 program that discusses how companies should communicate with people during the good and especially the bad times using traditional and new media.

I’ve been sitting on this post for a while, although I touched upon it at bub.blicio.us recently and also discussed it with Alan Levy on his BlogTalkRadio program last week. Robert Scoble’s plea for Facebook PR pushed me to finish it.

It’s important to understand from the beginning that this is much more than simply “poking Facebook.”

The social network is experiencing a mini meltdown and has many fans, users, and advertisers pulling an “about face.” It’s not just related to one problem however, it’s a series of missteps that continue to go unaddressed. Even worse, Facebook’s silence is naturally fostering speculation and unfortunately, it’s only reinforced by the steps the company does and doesn’t take following every point of contention.

Facebook is a hot startup, but it’s just that, a hot startup. It is not an institution, yet the company’s business and marketing swagger is reminiscent of profitable and proven companies such as Microsoft, Oracle, and Apple. Its branding might as well be, Facebook, we’re better than you.

The pile-on has already begun and it’s not going to get any better anytime soon until Facebook takes proactive steps to communicate with the very people who are driving its incredible growth.

When introducing the new advertising platform in New York recently, Zuckerberg positioned the news along the lines of, every 100 years media changes. We were supposed to focus on Facebook and forget about all of the incredible media milestones over the last 99 years. It was a blow to progress and evolution.

Recently, 02138 published “Poking Facebook,” which is by far, the most in-depth article to date that thoroughly examines everything Facebook and Mark Zuckerberg. The Harvard U article reads more like an expose rather than a feature story. And as an interesting aside, it is also the central HQ for the public court documents related to the developing story on ConnectU vs. Facebook.

Zuckerberg, at the moment, isn’t helping his case. It’s all about perception management.

According to Kara Swisher, a judge in Massachusetts denied a request by Facebook to take down certain confidential court documents.

Remember, this isn’t just a trial in the U.S. judicial system. This is a trial in the court of public opinion. Zuckerberg is accused of stealing code and ideas to start Facebook. When paired with the right mix of bad publicity, it has the potential of forming a perfect storm, regardless of the truth.

Then there’s the “Beacon Gate” scandal that continues to rock Facebook and its circle of existing and potential advertisers.

Beacon is a socialized form of advertising that shares your activities on an advertiser’s site with all your friends on Facebook through their News Feeds. Up until recently, you had to “opt out” of that feature which had privacy advocates, users, and advertisers, upset, not only because it’s a controversial program, but also because it gave the impression that Facebook had “lied” to everyone about how it really worked.

Subsequently, it is now an opt in program. But that isn’t quieting the critics who demand something more than a switch in the program details. 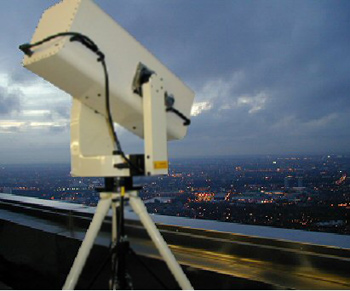 I recently read on TechCrunch, that a security engineer’s analysis uncovers new privacy issues. Beacon partners transmit data to Facebook in bulk about members who visit their site. This is true even for those who opt out of Beacon by clicking on “No Thanks” when asked if the data can be shared with Facebook – the data is sent anyway. Facebook maintains that it doesn’t do anything with this “opted-out” data, and that it automatically deletes it. But, is it or isn’t it deleted from advertiser’s servers?

And how does Facebook communicate with users during these trying times? It changes the program to appease its users, which should be great right? Well, no. Not exactly.

Let’s not fool ourselves. Facebook didn’t reverse its policy to satisfy our concerns and to rebuild customer trust and enthusiasm.

The move was was made to stop the bleeding of advertising revenue (Coca Cola, Overstock, Travelocity).

Cluetrain Manifesto co-author David Weinberger notes, “But in this matter Facebok overall is showing itself not to be on its users side. There is no reason not to give users a big red opt out button — making the whole thing opt in would be even better — except that FB knows we would use it. FB is choosing its own interests over its users’.”

All of this on the heels that Facebook is raking in investments that fortify its lofty $15 billion
valuation, and reports are, that they’re not done fund raising.

The next few months will be particularly decisive for Facebook and its still bright future. It’s going to come down to whether or not Mark Zuckerberg is or isn’t the next Bill Gates, or at the very lease, a leader that the public can stand behind. The only way we’ll know will be rooted in the decisions and statement he makes about the company’s immediate intentions, policies, and direction for growth and his ability to publicly learn from mistakes.

So at what point does Facebook PR or Zuckerberg himself engage in reminding us that Facebook is only human?

Facebook is a social network after all. It promotes the social graph. Its business is dependent on people, and right now, its building a wall between users and company leaders instead of investing in a social graph of its own.

Every company makes mistakes. It’s the great companies that learn from them while still listening to and engaging customers.

Think about it. They’re sitting on a multi-billion dollar infrastructure for connecting people.

This isn’t a small traditional crisis communications program where a press release will appease the concerns of the market and customer-base alike. In any good crisis program, there is a series of communications that humanize the company, strategically acknowledge problems, and also cultivate relationships, which if done right, only strengthen the company’s position, not weaken it, or worse, kill it.

Trust me when I say that the damage being done right now is bordering on irreversible loss to brand credibility.

Mark, learn from Steve Jobs. Write a letter and apologize.

Engage your community using the incredible social features that are designed to facilitate conversations in your network. Regain the trust of your community and watch as everyone becomes “a fan” of Facebook again. One letter, one step, in one social network, will put you on the right path and spark uncountable threads of conversations that will commend you and your company, encourage group hugs, incite some high fiving, and equally important, show advertisers that you can handle a crises. They will reward you with their advertising dollars and users will reward you with continued participation.

Remember, this is a people business. They need to be at the forefront in every business decision you make here on forward – especially now that every move will be highly scrutinized.

We’re “poking” you for your own good, so let’s see that letter show up in our NewsFeeds and let’s move on to building a better network that connects people to each other along with the very things that interest us. But, remember, we’re in control of whether or not we chose to participate in The Facebook.

Crisis will happen. And in the world of Social Media, fires can spread at an uncontrollable pace. However, the very tools and channels that fuel negative discussions can also host the conversations that help regain customer trust and loyalty. Everything starts with people.

For more on the story, visit: