Home » blog » New Media » The Evolution of the News Business – Did the New York Times Miss the Point?
Go Back

The Evolution of the News Business – Did the New York Times Miss the Point?

The Business of News

Chapter I – The Town Crier

OK, yes it’s just a crude and simple representation of the evolution of news. My point is that blogs are merely the latest chapter, and not the only means for breaking news today. I think the New York Times neglected to write a more significant and complete story in its article, “In Web World of 24/7 Stress, Writers Blog Till They Drop.”

Yes, we are traveling at light speed and not even realizing just how quickly we’re missing everything else around us. It’s like the movie Click where Adam Sandler fast-forwarded through his life only to realize that he had missed everything.

I had a heads up that the New York Times was going to run a controversial piece on blogging because they wanted to use one of my pictures in the story. I have yet to see the print version (although I hear my photo of Michael Arrington is on A29), but I have read the story online. If I were the type of blogger they were referring to in the story, I can tell you that I would have stopped everything I was doing to blog it yesterday. But I’m not in the news or scoop business. I simply could never keep up and maintain the already unbalanced, but happy, life I lead today.

The New York Times is making a case that bloggers blog until they literally drop and insinuates that its because they try to keep up with the frantic pace of news production.

It brought back a flood memories and emotions of two people whom I admired and respected, Marc Orchant and Russell Shaw, both of whom passed away after suffering heart attacks recently at relatively young ages. The NYT also pointed to good friend Om Malik, who at 41, survived a heart attack recently – thankfully.

The story really brought it home for me. It’s a painful reminder that life is short, too short.

According to the NYT, “A growing work force of home-office laborers and entrepreneurs, armed with computers and smartphones and wired to the hilt, are toiling under great physical and emotional stress created by the around-the-clock Internet economy that demands a constant stream of news and comment.”

The story continues to paint a grim picture for the blogosphere and also quotes Michael Arrington of TechCrunch, the number one blog on the web, “I haven’t died yet. At some point, I’ll have a nervous breakdown and be admitted to the hospital, or something else will happen. This is not sustainable.”

TechCrunch has earned millions in advertising revenue, which was hand-built by Michael from the ground up. In the story, Arrington admits to gaining 30 pounds in the last three years, developed a severe sleeping disorder and turned his home into an office for him and several employees.

Arrington shares additional thoughts on the relentless conditions of news blogging, “There’s no time ever — including when you’re sleeping — when you’re not worried about missing a story. Wouldn’t it be great if we said no blogger or journalist could write a story between 8 p.m. Pacific time and dawn? Then we could all take a break. But that’s never going to happen.”

The blogosphere is 24/7, but then again, so is the news business. News never stops and it’s not unique to blogs – it just hits closer to home because now people, thanks to social media, can relate to the process of publishing content (there are over 100 million blogs in the world today).

Blogging is merely the latest chapter in the business of finding, scooping, and breaking news. Even with the slightest lead (milliseconds), blogs can appear to have broken the story through news aggregation sites and blog search engines, which can equate to greater revenues. But, it is not any different than the previous decades where newspapers and broadcast networks fought every minute of every day to break the stories that help them retain their position as the primary source for news.

How many heart attacks have gone unnoticed in the world of print and broadcast journalism over the last 100 years?

However, let’s step back for a moment.

I think we can all agree that the news business isn’t going to stop trying to beat each other to the punch. There’s acclaim and glory associated with scooping others. They’re rewarded for it in the form of awards, readers, and most importantly, money.

The Web is the latest medium that only expedites the hectic pace to publish and read news. 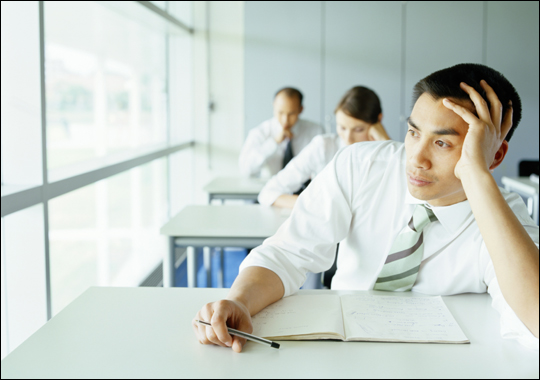 Nothing changes the fact that we, as people, are hungry for consuming information, and everything contributes to the rapid evolution of our society and our drive and satisfaction for quick news bursts wherever we are. And, whether you noticed it or not, news is finding its way to us any way and anywhere courtesy of new technology. We contribute to the “short attention span” theater by trying to keep up with the firehouse of content and it is reflective in the state of our engagement.

Doc Searls, whom I also greatly admire, has asked us to examine blogging versus flogging in his latest post in response to the NYT piece, “There is a difference in kind between writing to produce understanding and writing to produce money, even when they overlap. There are matters of purpose to consider, and how one drives (or even corrupts) the other.”

Searls continues, “One is about chilling out. Blogging doesn’t need to be a race. Really. The other is about scoops. They’re overrated. Winning in too many cases is a badge of self-satisfaction one pins on oneself. I submit that’s true even if Memeorandum or Digg pins it on you first. In the larger scheme of things, even if the larger scheme is making money, it doesn’t matter as much as it might seem at the time.”

Personally I blog to share information, ideas, and thoughts and observations that may or may not help people. I’m not in the news business. Nor am I in the blogging business. But eve
n still, it is a signi
ficant commitment, one I’m currently weighing in the greater scheme of life/work balance. I’m sure I’m not alone.

At the end of the day, I don’t pledge allegiance to any one blog or traditional media outlet for their reputation of breaking news. Instead I choose those who offer valuable perspective and insight to help me interpret it.

This part is dedicated to the good friends and thought leaders who are mentioned in this post. Alive or no longer with us, they have contributed significantly to journalism and the blogosphere.

3 COMMENTS ON THIS POST To “The Evolution of the News Business – Did the New York Times Miss the Point?”