PR 2.0: Putting the Public Back in Public Relations 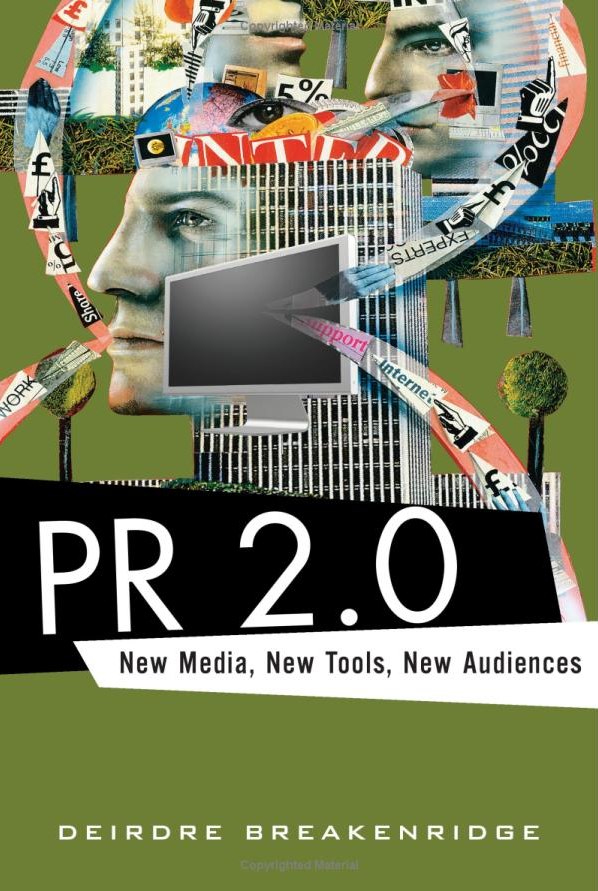 Have you ever met someone so energetic, positive and incredibly smart – someone who exudes passion and someone who “gets it” in an inspirational way?

I’m lucky to know one such person, Deirdre Breakenridge, and she has just published a new, must-read book, PR 2.0: New Media, New Tools, New Audiences. I’m honored to have my ideas, philosophies, experiences, and vision shared throughout the book. I’m even more humbled to have been asked to contribute the foreword.

PR 2.0, as I defined it many years ago, is the realization that the Web changed everything, inserting people equally into the process of traditional influence. Suddenly we were presented with the opportunity to not only reach our audiences through gatekeepers, but also use the online channels where they publish and share information to communicate directly and genuinely.

Deirdre has graciously allowed me to share the foreword I wrote in its entirety with you here. Thank you again Deirdre and congratulations on publishing a fantastic and incredibly helpful book!

Foreword: The Road from PR to PR 2.0 to Public Relations
by Brian Solis

Welcome to what just may be the greatest evolution in the history of PR. Modern Public Relations was born in the early 1900s, even though history traces the practice back to the 17th century. The term public relations was said to be first documented by U.S. President Thomas Jefferson during his address to Congress in 1807.

It wasn’t until World War I that we started to see the industry crystallize and spark the evolution of PR as an official profession.

Ivy Lee and Edward Bernays are credited with creating and defining the art and science of modern-day PR in the early 1900s. That’s almost 100 years ago; and yet, in what I believe to be PR’s greatest renaissance, many of their early philosophies and contributions can be sourced to further evolve PR today.

Ivy Lee developed the first working press release; you can love him or hate him for it. But, what we can’t overlook is that he believed PR was a “two-way street” where communications professionals were responsible for helping companies listen as well as communicate their messages to the people who were important to them.

Edward Bernays, who is often referred to as the father of PR, was most certainly its first theorist. A very interesting bit of history is that Bernays is a nephew of Sigmund Freud. Freud’s theories about the irrational, unconscious motives that shape human behavior are the inspiration for
how Bernays approached public relations.

What’s absolutely astounding to me is that he viewed public relations as an applied social science influenced by psychology, sociology, and other disciplines to scientifically manage and manipulate the thinking and behavior of an irrational and “herdlike” public.

According to Bernays, “Public Relations is a management function which tabulates public attitudes, defines the policies, procedures and interest of an organization followed by executing a program of action to earn public understanding and acceptance.”

Why is this astounding to me?

Basically, Bernays is the inspiration for the PR 1.0 publicity and spin machine and the architect of how a majority of companies still approach PR today—even though this is all changing right before our eyes. Many of his thoughts, which fueled his books, Crystallizing Public Opinion, Propaganda, and The Engineering of Consent, were on the cusp of predicting what PR currently is facing in the dawn of Social Media. And, Social Media is reintroducing sociology, anthropology, psychology, and other sciences back into marketing.

If we combined the theories and philosophies of Bernays and Lee with the spirit of the new “social web” aka Social Media, we might have a new outlook on this social science that resembles the new driving principles behind PR 2.0.

But what happened to PR?

It no longer triumphs as a darling among the various marketing disciplines, and in many cases, is regarded as a necessary evil these days. Somewhere along the way, we, as an industry, lost our vision. We got caught up in hype, spin, hyperbole, and buzzwords, and forgot that PR was about Public Relations.

Unfortunately, these days PR is more aligned with theatrics than value.

Enter Social Media and the democratization of the Web.

These are indeed exciting times as Social Media is truly the catalyst for reflection and an opportunity to do PR and amplify value and increase effectiveness in the process.

What is Social Media?

Social Media is anything that uses the Internet to facilitate conversations between people. I say people, because it humanizes the process of communications when you think about conversations instead of companies marketing at audiences.

Social Media refers back to the “two-way” approach of PR that Ivy Lee discussed in his day. It’s about listening and, in turn, engaging people on their level. It forces PR to stop broadcasting and start connecting.

Monologue has given way to dialog.

Just so you understand, it’s not a trendy term meant to capitalize on the current trend of “everything 2.0.” Honestly, it’s already ten years in the making, but Social Media is truly advancing the adoption of a new, more significant role for PR.

Here’s how I defined it in the 90s (it’s dated, but it is still relevant today):

PR 2.0 was born through the analysis of how the Web and multimedia was redefining PR and marketing communications, while also building the toolkit to reinvent how companies communicate with influencers and directly with people.

It is a chance to not only work with traditional journalists, but also engage directly with a new set of accidental influencers, and, it is also our ability to talk with customers directly (through online forums, groups, communities, BBS, etc.)

No BS. No hype. It’s an understanding of markets, the needs of people, and how to reach them at the street level—without insulting everyone along the way. PR will become a hybrid of communications, evangelism, and Web marketing.

PR 2.0 was actually inspired by Web 1.0 and the new channel for the distribution of information it represented. It changed everything. It forced traditional media to evolve. It created an entirely new set of influencers with a completely different mechanism for collecting and sharing information while also reforming the daily routines of how people searched for news.

PR 2.0 is a philosophy and practice to improve the quality of work, change the game, and participate with people in a more informed and intelligent way. It’s not about the new Web tools at all. They are merely tools used to facilitate conversations…but everything, especially intent,
knowledge, and enthusiasm, are unique to YOU.

You are the key to new PR.

To be direct, the truth is that PR 2.0 is really what PR should have been all along. Now with the democratization of media, people are becoming the new influencers, complementing the existence of experts and traditional journalists, but still regarded as a source and resource for customers equally.

Understanding new PR to reinvent it is the goal of this book. Deirdre Breakenridge has poured her life’s experiences and passion into these pages to inspire and empower you with the ability to change, and ultimately, participate in new media. In doing so, you will learn today’s communication methods that will help you engage in meaningful conversations and build
stronger trusting relationships—both personally and professionally—with customers, influencers, experts, and traditional media alike.

PR 2.0 is about putting the “public” back in Public Relations.

Other relevant stories on PR 2.0:
– PR 2.0 = The Evolution of PR, Nothing Less, Nothing More
– The Value of Online Conversations
– Distributed Conversations and Fragmented Attention
– The Art of Listening and Engagement
– The Social Media Manifesto
– Will the Real Social Media Expert Please Stand Up

27 COMMENTS ON THIS POST To “PR 2.0: Putting the Public Back in Public Relations”