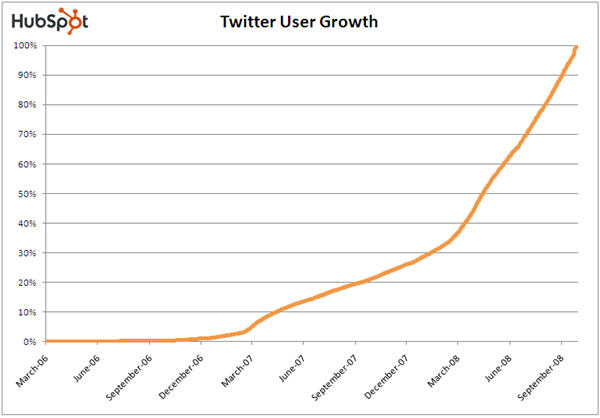 HubSpot released a report based on the analysis of over 600,000 Twitter users who have utilized the company’s Twitter Grader app. The full study is free and available for download in PDF.

Here are the highlights:

– Twitter has about 4-5 million users, about 30% are relatively new or unengaged users

– An estimated 5-10 thousand new accounts are opened per day

– The average number of followers is 70

For a deeper analysis and interpretation of the numbers presented in the report, please visit Marshall Kirkpatrick’s post at ReadWriteWeb (notice the URL vs. the post title).

Since we’re on the subject of Twitter, I was updating my post, “Twitter Tools for Community and Communications Professionals,” when I stumbled across a couple of interesting graphs that visualize the top applications for Twitter in real time.

In the following charts, you’ll notice that the Web accounts for almost half of all Twitter interaction and that TwitterFeed represents a strong second position. But that’s where the similarities between the two graphs end, and interesting differences arise.