Twitter continues to inspire creativity and innovation among third-party developers. The latest useful solution is Twibs, a directory of businesses using Twitter to communicate with consumers, peers, and tastemakers.

Twitter is a conversation platform and it continues to fundamentally transform how people communicate with each other. Along with other socialized channels of online interaction, Twitter has also re-ignited the long-forgotten art of listening to and communicating with customers.

What started with forums and online reviews, then evolved to include blog comments, groups, social networks, and now micro communities, businesses are once again embracing the methodologies associated with excellent customer service – after all, the customer is always right. And, the customer is now potentially more influential than ever before.

Twibs is currently tracking roughly 4,500 brands on Twitter as well as associated promotions that they’re running within the popular micro community.

According to the founders, “Twibs was created by a small group of people with one purpose: Give twitter users a place to find businesses on twitter. We are big believers in the power of twitter to connect customers with businesses. We’re working on making it easy for consumers to find businesses, both local and national.”

Ways you can help:

– Add a new business
– Manage your own 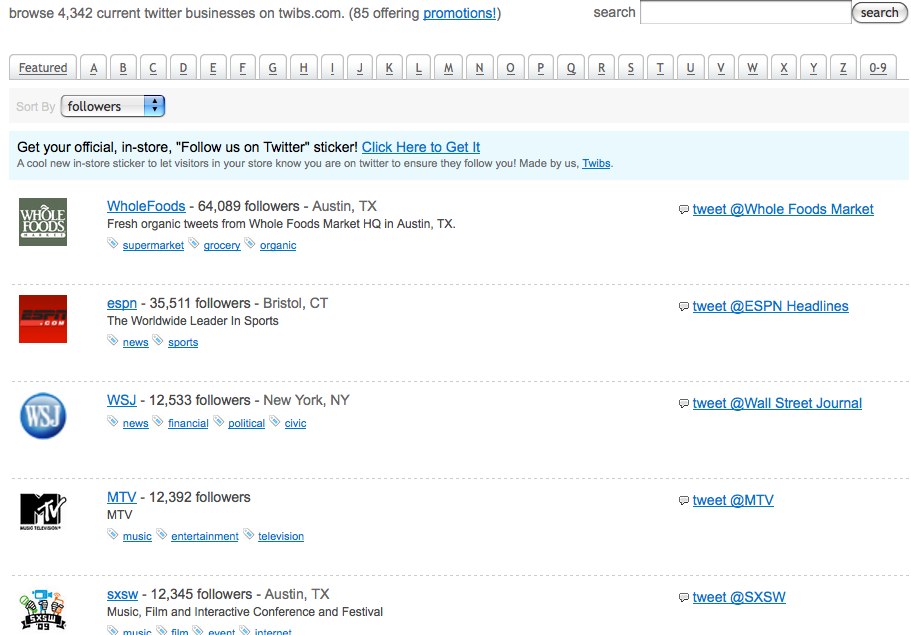