Imagine this scenario. It’s election time and you find yourself engaged in a heated debate with someone about a particular candidate. Fairly foaming at the mouth, this individual rails on about lousy legislators.

Then you find out this person is eligible to be but is not registered to vote.

Now I don’t know about you, but I’m of a mind that if you don’t register to vote, you cede your right to complain about politicians.

So when several conference producers with whom I spoke said that not only do women rarely submit speaking abstracts but they also tend to decline when asked to speak, I began to question where we’re putting the blame for the missing link where female speakers should be.

Don’t get me wrong I’m not letting conference organizers wholly off the hook. Nor am I giving men who don’t step up to recommend a more diverse pool of their peers when asked, a free pass. First, however, we need to put all the cards on the table.

We have some systemic issues to address, and we have some immediate action we can take. The bigger institutional monsters – like the fact that we need to get more young women engaged in the business realm – will take time. I intend to keep hammering at this topic and will be exploring things on this front in future posts here at PR2.0.

This post isn’t about the systemic issues. Those issues are legion, and combine glass ceiling with an array of other social, cultural and economic factors. This post is about what we can do now.

With that, I extend my arm, point my index finger, wag it in the collective face of my sisters, and toss down this gauntlet: If we want to change this situation there are some pretty basic things well within our purview we need to straighten out.

And in the interest of short attention spans, here are highlights:

1) Don’t wait to be asked: One organizer told me he had a woman tell him that she “won’t speak unless invited”. Well, unless you’re Kara Swisher, Marissa Mayer, Gina Bianchini, Sarah Lacy, or some other visible, established presence, chances are likely you’ll have to work to get on those stages. So do it. Any conference site has a link that explains how speakers can submit pitches. If they don’t, call or email them directly. Make a point of finding out the kinds of subjects/sessions that work for their event, what theme they may have for the conference and if you know people who have spoken there in the past, ask them about the experience and get insight on what works best for that audience.

2) If they ask, say yes: I’m not suggesting you say yes to every speaking opportunity. Actually, scratch that. I am, but not perhaps as you might think. If you’re asked to speak and you really just can’t do it, don’t just say no. Proffer a replacement – and make sure you’re not just giving them a friend who you want to support really think about whether the person is the right fit for the format/content. Remember, this isn’t about women for women’s sake this is about making sure we have the right women speaking in the right places.

3) When they solicit, speak up: Rick Calvert of BlogWorldExpo told me they reach out to people they know asking for recommendations for speakers and in almost all cases the men reply to him. The women rarely do. (And in an ironic twist, he added that if women do respond, the speakers they suggest are often male.) The point? If given a chance to let your voice be heard, take it.

Plenty of women may take umbrage at my remarks. They will say they have pitched themselves to speak and tried to participate all to no avail. What I would say to them is, have you really? Many years ago I took an acting class. The teacher told us there are two kinds of people who work in Hollywood – the kind who are brilliantly talented and the kind who never ever give up. Rejection after rejection they keep coming back to audition. Role after role, they persevere and continue until they establish a toehold.

So too must we persist. I know. I know. It feels like we’ve been doing this forever but how about a little perspective folks? You need only watch an episode of Mad Men for a clear reminder of the truly deep misogyny that saturated the business world merely 40 years ago. That sounds like a long time. In the big picture, it’s not.

We have made progress. Now it’s time to kick it up another notch.

Conference organizers have incentive to diversify their speaker rosters. As both Rick and SXSW Interactive’s Hugh Forrest explained, if they don’t have a strong mix of speakers along all lines, everyone loses. These two events are among the most successful at achieving this balance, with both boasting at least a 30% female roster for the last several years. They also said that having a more effective resource would be helpful.

Tim O’Reilly made mention of wishing for a place where you can view videos of female speakers in action. He suggested a YouTube site. Brian Solis also suggested the creation of a searchable database of experts organized by content and expertise not unlike a Facebook for speakers, with images, content, videos, and also reviews from conference and event attendees.

After looking at some features and functionality I opted to launch a site on Ning where women can join and upload their videos directly. That won’t be all. The idea of this resource will be to encourage and support women in preparing more effectively (and aggressively) to speak at conferences – whether that’s making sure to know when abstracts are due, giving people a place to collaborate and support each other on pitches, or getting tips on presenting by watching each other’s work.

Having such a site may also help conference organizers avoid putting the wrong speaker into the wrong situation – as happened this past week at Gnomedex. Chris Pirillo with whom I attempted to speak several times to no avail, had four women on the program. Best as I can tell that’s about 17% of his roster. That wasn’t my biggest issue. Rather it was that one of the women, a clearly very smart, capable and articulate individual, crashed in her presentation because, quite honestly, it was the wrong crowd for her talk. Whether that was a function of poor booking, disconnect in preparation or just an unexpected oversight I’m not sure. I’m hoping Chris will engage in a discussion in the comments because I’m not one for speaking of others without their having a chance to have their say.

The reason, though, almost doesn’t matter. What matters, is that the audience had a bad experience, I imagine the speaker didn’t feel too great about it either.

And in that scenario, no one wins.

As Brian Solis so eloquently stated in this post, we are in a time where reaching across the boundaries between groups – any groups – is fraught with great challenge, but also great opportunity.

It’s time for women to seize this opportunity. Where we go from here, is entirely up to us. 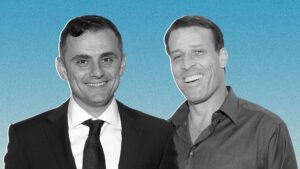 76 COMMENTS ON THIS POST To “Gauntlet Toss or Clarion Call: Women, it’s time to step up”