You can’t eat whuffie, but it’s getting harder to eat without it, as Tara Hunt says in The Whuffie Factor.  For the uninitiated, think of whuffie as an alternative to money – a reputation-based currency that started as a concept in a science fiction novel, now being applied to online business. Hunt’s interesting central thesis is that in order to successfully change social capital into market capital, company employees need to be authentic community members engaging in meaningful participation where their contributions often outweigh personal gains.

Typically, someone can raise whuffie by promoting something bigger than one’s own self-interests. This kind of community participation, as Solis and Breakenridge write in Putting the Public Back in Public Relations has become certral to marketing, branding, and influence: “Social media enables one to aggregate and promote your online brand while nurturing and managing important relationships.”

When I think of using online tools for public relations I often think of Julia Allison, who one year ago graced the cover of Wired ostensibly for her mastery of so-called “internet fame” and possibly translating it into real fame, and a profitable business. Since reading her relationships advice column in AM New York when I lived in Manhattan circa 2003, I’ve been familiar with Julia for a long time. More recently, with each of us shifting our interests to social technology, I’ve had the opportunity to hear her speak and meet with her. (Stealing a page from the fameball playbook, I even got the requisite photo with her and her dog during Internet Week 2008 – almost the same week of the Wired cover story.)

She is nothing if not a fascinating enigma; I believe we talked about the neuroscience of dating. So when pondering what I might write as a PR 2.0 guest column, I thought it would be interesting and instructive to look at the rise of Julia Allison as a “case study” in personal branding, and compare and contrast her career path with the tenets of raising whuffie.

In August 2008 (roughly four years ago in “social media time”), few people were more talented at intermingling social networking in real-life and online to promote one’s own lifestyle, as Wired pointed out in their enlightening “how to” article.  This magic happens with three basic tactics. Step one: Get noticed by finding a niche, positioning oneself at its “choke point,” and then staying there until you get discovered. Step two: Keep your audience hooked by living life as if one is the subject of a magazine profile, always “adding logs to the fire” to keep the story from fizzling out. Step three: Extend your brand by exploiting new niches, converting friends into colleagues and advocates. These three steps sound like a deceptively simple plan for raising one’s profile, but as someone who’s used these tactics to some degree, and observed others doing it as well, I can say that it takes a combination of hard work, street smarts, and an understanding of social networks to create a self-supporting public relations machine as Julia had done at the time of the Wired piece. Andy Warhol’s claim that everyone would have 15 minutes of global fame in the future hasn’t materialized just yet; for now, one still has to slave in very crafty ways to make it happen. But my question for the readers of PR 2.0 is, does such “real fame” when achieved necessarily translate social capital into market capital? In other words, is fame bankable without whuffie?

Keeping in mind the tenets of raising whuffie, it’s instructive to see how things have changed before and after Julia’s global fame as a result of Wired. Remember, accumulating whuffie that can be “cashed in” at a later date is about being an authentic community member, having meaningful interactions, contributing more than what one personally gains, and fighting for causes larger than oneself. With regard to getting noticed, whereas before Julia had a core community-based career of writing advice and lifestyle columns in various New York publications and appearing at New York-based events, she now tries to get noticed by tech moguls, economists, famous authors, and anyone else everywhere from Silicon Valley to Davos, Switzerland and has a video blog mainly about her own life and personal interests. And lack of engagement with a community hasn’t been a strategy for keeping an audience hooked, either – for example, her Twitter followers lag behind “peers” like Justine Ezarik (roughly 14,000 vs. 600,000), and Julia’s mentions in Gawker have plummeted from 76 mentions during April-June 2008 (prior to the Wired cover) to only 16 during the same period in 2009. Brand extension hasn’t be easy either: As a replacement for writing (which she’d done since college) she’s gone almost entirely to video with a The View meets Sex in the City type video show called TMI and at least two pitches for television shows which haven’t been picked up by Bravo. This is all the opposite of raising whuffie – and sounds an awful lot like broadcasting.

Converting fame into broadcasting is tempting, no doubt, but I think this “case study” of Julia Allison describes to some degree what happens if anyone forgets to engage with their community in a meaningful way at the grassroots. The key, in my mind, is to never, ever, ever give up your core talent. For me, it’s being an analytical thinker due to my formal training as a scientist. Julia’s is writing columns – still, in my opinion. Gary Vaynerchuk’s is selling wine.  Craig Newmark‘s is customer service.  Marina Orlova‘s is philology. Gary’s now a keynote speaker, and author, and marketing consultant – but he still sells wine. Craig is involved with the Government 2.0 movement, but hasn’t given up on helping craigslist customers one bit. Marina tempts her audiences with scantily clad photos from the south of France , but she’s also publishing a book about…linguistics. Everyone knows what Gary and Craig and Marina and others like them stand for, and everyone knows they care first and foremost about their core communities – with which they’ve built up tremendous whuffie.

Avoid the Stillborn Rebirth of Fame

It may follow from the above that Julia Allison went from internet famous to actually famous to irrelevantly famous, that she squandered her moment of truth into a “jumping the shark” moment rather than capitalizing on her core strengths simultaneous with her peak of exposure to the world. But another lesson to learn about whuffie is that it’s a commodity that can be raised at any time if one is willing to put in the work. So, besides not straying far from a core talent you possess that engages a strong community you belong to, what else can be learned from this?

One, whuffie is a local commodity, and so in new communities it must be earned from scratch. Julia’s whuffie from her New York activities didn’t necessarily translate to the tech world. My whuffie from scientific publications didn’t translate into respect in the Government 2.0 scene. Gary Vaynerchuk’s talent at selling wine in New Jersey didn’t automatically make him respected among book publishers. No one initially knew what Craig Newmark might offer to government decisionmakers. And your first glance at Marina Orlova doesn’t make you think “best selling author.” But they’ve all proven themselves in other arenas (and have probably “failed small” in some endeavors along the way as well).

Two, even if life takes you in nearly a completely different direction than what you intended, show people that you’ve still got the chops from your “former” core occasionally. That’ll help you maintain a least a minimal amount of whuffie in your older community while still leaving plenty of time to spend in your new one. For example, Ana Marie Cox, who, despite formerly being a full-time blogger (and currently being a Twitterholic goofball of a White House correspondent for Air America Radio), can still write brilliantly when she periodically chooses to. The actor Ashton Kutcher (a former bio-engineering student) has practically become a posterboy for Twitter and engaging in conversations with his fans, but don’t think for a second that he’s forgotten how to model, act, or produce; IMDB shows that he’s got eight projects in the pipeline.

And last, if you want to raise whuffie, humble pie is the best thing you can eat, particularly if you’ve grown a little (or a lot) more famous than most people in your community. Be authentic to who you are and what you’ve achieved, but also never forget that the collective wisdom of your community is smarter and more connected than you are. Even as your star rises, be sure to continue to give to the community – promote others selflessly, help people where you can, and continue to think about giving rather than adoration. Try to stay small even as your stature grows. And rather than using social media platforms to talk about only yourself, use them to intelligently curate information about topics of interest to you and become a resource for the community you’re a part of, as NYU professor Jay Rosen is for journalists and scholars. Lethal generosity to a community yields whuffie, which yields opportunities flowing back to you; grow with your community, not at their expense. 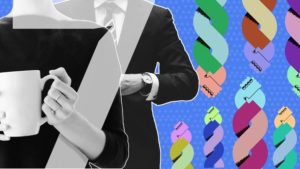 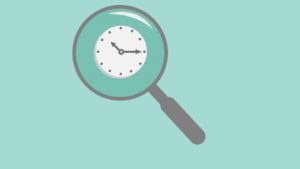 57 COMMENTS ON THIS POST To “Making Whuffie With Julia Allison”