Home » New Media University » A Prediction: Twitter to Predict the Future
Go Back

Trending topics reveal much more than the objects that captivate the hearts, minds, and keyboards of Twitter users around the world. Twitter’s trends is a cultural mirror that reflects the state of attention and intention. And as such, Tweets then offer an MRI that visualizes the minds of consumers and more importantly, serve as a crystal ball that reveals the future of products and services before and soon after they’re released.

For the most part, however, the vast amount of precious insight is widely untapped. Instead, businesses focus on volume and congregation, enticing brands to engage in the conversation rather than truly capturing and analyzing the activity that inherently inspires empathy and ultimately relevance.

I think that’s about to change…

Research reveals much more than a state of events; it also unveils demand and intent, and when dissected through additional filters, data can predict what lies ahead.

Hollywood is no stranger to forecasts and predictions. One of the most accurate solutions to date is based on technology that converges the wisdom of the crowds to create predictive markets. The Hollywood Stock Exchange (HSX) for example, enables consumers to buy and sell virtual shares of movies and stars. As the world’s leading entertainment stock market, motion picture executives now have a real-time ticker to gauge interest, demand, and the prospective of projects.

Scientists at HP Labs in Palo Alto may have uncovered another real-time exchange that will empower studios as well as everyday businesses to surface opportunity and probability and that conversational stock market is better known as Twitter.

Sitaram Asur and Bernardo Huberman of HP Labs essentially proved that social data can accurately predict box office revenues. As explained in their own words…

In recent years, social media has become ubiquitous and important for social networking and content sharing. We demonstrate how social media content can be used to predict real-world outcomes. In particular, we use the chatter from Twitter.com to forecast box-office revenues for movies. We show that a simple model built from the rate at which tweets are created about particular topics can outperform market-based predictors. We further demonstrate how sentiments extracted from Twitter can be further utilized to improve the forecasting power of social media.

To provide a glimpse into their work, Asur and Huberman basically calculated the frequency of film titles as they appeared on Twitter, tracking 24 movies and 2.9 million tweets over the course of three months. Films ranged from Avatar to Twilight: New Moon.

There are two approaches that the duo factored into their analysis and in doing so, spotlight the need for businesses to consider the distinct effects of buzz, word of mouth, and experiences as they impact and influence behavior.

In the first analysis, Asur and Huberman examined first week performance based on computer modeling that factored two variables: the rate of tweets around the release date and the number of theaters playing the film.  The results of the first model were as astonishing as they were accurate, predicting the opening weekend box office with an accuracy of 97.3%. As a comparison, HSX.com, the current standard for opening box-office predictions, was just under 1% with 96.5% accuracy.

The second analysis separates buzz from experience and as such, required the creation of a ratio of positive to negative tweets. The data was then fused with another prediction algorithm, which resulted in 94% accuracy.

As in any research project, we must be mindful of the group in which we sample. If demographics are important to the results, then we should observe that the average age of Twitter users is 39.1 and the user base is comprised of 57% female and 43% male. But still, social data across a myriad of social networks is invaluable and mostly available for examination.

The Business of Prophesy

Predictive marketing and ultimately the reality of behavior are accessible to almost everyone ready to embrace the prospect of shifting from a market of uncertainty to one of prediction. One of the most fascinating aspects of the research stemming out of HP Labs is the ability to not only predict performance, but also learn from the reactions and actions of consumers.

For example, Apple could have applied a similar formula to officially forecast iPad sales in week 1 and week 2. In the weeks, and most notably, the several days leading to the official debut, iPad trended on several occasions.

Aside from foretelling performance, Apple, or any brand really, can monitor the same activity to unearth opportunities for new features, prioritize fixes, and also assess experiences to ideate future products, applications, and iterations. Brands now also have the ability, if properly aligned with the prowess and empowerment, to detect potential problems before they swell and become official social tsunamis. In the case of the iPad, for instance, conflicts, crashes, hardware issues, etc., are identifiable in real-time and if the infrastructure of the company is designed for rapid response, it can then initiate the development and distribution of fixes, communication, and solutions.

Let’s not ignore the power of IF – the Influence Factor either. These conversations, en masse, represent sentiment and intention and also influence the corresponding actions of affected social graphs. This sets the stage for a network effect that determines the state and fate of products and services, culminating in a centralized hub for future reference.

For any brand or organization, the mastery of listening and also informed engagement, contributes to perception and awareness and as such, influences those who are introduced to ancillary perspective. Conversations transpire with or without us, and our absence speaks louder than our words.

In the end however, nothing will help substandard, ordinary, or bland product and services. And the point of all of this is, if you continue to introduce objects into the marketplace that are not based on the readily available real-time information before you, then you deserve the fate you’re dealt. At some point, this becomes less about chance and more about destiny, with a little bit of luck thrown in for good measure. Twitter and other social networks are the crystal balls that present the intelligence as well as the influential voices, who can help us create and participate with purpose and significance.

The Future of Futures

The work of Sitaram Asur and Bernardo Huberman is profound as it fundamentally transforms how businesses forecast performance. But that’s just the beginning.

The research of Asur and Huberman manifests a catalyst that will transform businesses as well as the corresponding cultures and driving methodologies of product design, service, and engagement from the outside in and equally, from the bottom up.

The wisdom of the crowds, when harnessed creatively, will reveal everything businesses necessitate to inspire the creation of meaningful and authentic products…where consumers become stakeholders as their voices contribute to the shaping and evolution of the end result. And, those who weave the deliberate acts of listening, predictive analysis, and studying market reactions will learn and demonstrate that markets are indeed defined by conversations. 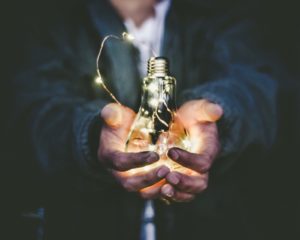 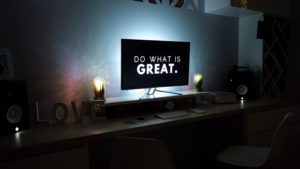