The competition for attention is focused on social networks as brands vie for awareness and consideration. Establishing a presence in Facebook and Twitter is as necessary as it is trivial. In the great social land grab, many organizations are missing true opportunities to connect with the fifth P of the marketing mix, people. It’s less about communicating with those individuals who are already following you online and more about those who aren’t.

To excel in social media, engagement has its rewards but it is through the acts of recognition, empowerment and reward that advocacy extends a brand’s reach across social graphs and social networks, online and in the real world.

Competing for the Moment: The New Influencer

Transcending visibility into presence and presence into community is the critical path for companies to earn a place in the hearts, minds, words and actions of the very people who define its markets.

In the real-time attention economy that is social media, branding gives way to resonance as recognition is not nearly enough to compete for the moment. Many businesses are focusing time and resources on engagement while others are experimenting with advertising and promotions. What’s clear, is that in social networks, information is not only democratized, it is deafening. For brands hoping to connect value with demand, rising above the noise is critical, but in order to see the effects of a rising tide, it must have a fleet of boats in the water.

Connecting with traditional intermediaries who maintain desirable audiences is one way to stay visible and relevant. Connecting with authorities and tastemakers directly in social networks represents a complementary opportunity to spread the word and apply a sense of endorsement and credibility to the marketing mix.

While the ideas of recruiting respected and connected individuals as brand ambassadors or creating digital street teams isn’t new in social media, it is still highly effective. As social media becomes pervasive, individuals are increasing their digital footprint through every connection they forge. Everyday people are gaining prominence in social networks and as such, a new genre of both audience and spokespersons are rapidly gaining traction.

In June 2007, I joined Chris Heuer, Tom Foremski, JD Lasica, Cathy Brooks, iJustine, Frank Gruber and others as part of the Intel Insider program. Our mission was to learn about new Intel initiatives and share its impact on the technology landscape and our lives in general.

In 2008, Graco launched the Graco Nation Ambassador program for online influencers looking to build a deeper relationship with the Graco brand and participate in unique opportunities.

Also in 2008, Walmart established the ElevenMoms program to humanize the Walmart story with those customers seeking advice from respected peers rather than solely relying on company messages and value propositions to help may common household decisions.

In April 2010, I joined a powerful Social Media Envoy along with some truly incredible people on behalf of the United Nations to raise awareness and the donation of bed nets to help #endmalaria.

Over time, many companies enlisted influential voices to help brands directly connect with existing and new audiences through social networks and blogs. In the last year alone, we witnessed an explosion of social media advertorials that created a new classification of sponsored media where influential individuals were paid or rewarded for their commercial support through Tweets, blog posts, YouTube videos and status updates. Companies such as Izea, MyLikes, and Ad.ly led the way, eventually catching the attention of the FTC and prompting new guidelines for companies to keep their endorsement and testimonial ads in line with the FTC Act. The amendment marked the first update since 1980.

Recently, Ann Taylor was the subject of the first FTC investigation as a result of the new guidelines. The FTC’s Associate Director of Advertising Practices Mary Engle stated in a letter to Ann Taylor’s legal team, “We were concerned that bloggers who attended a preview on January 26, 2010 failed to disclose that they received gifts for posting blog content about that event.” The investigation was later closed without any fines or penalties imposed, but it did serve as a very public reminder that individuals who possess reach are not pawns for corporate marketing messages. The FTC believes that consumers deserve the ability to delineate between paid or leveraged information in order to make informed decisions and judgments.

Many social services are verticalizing the horizontal nature of peer-to-peer networks creating a defacto digital hierarchy. Klout, Edelmen’s TweetLevel, and PeerIndex, for instance, introduce a level of prominence into online connections measured by complex human algorithms.  From tastemakers to bloggers to mommy bloggers to you, a new trend in influencer relations is emerging, one that fuses recognition, reward, reach, and disclosure with those individuals who turn social networking into a verb.

When we look at what defines influence online, the definitions are as varied as they are debated. I believe influence is the ability to cause measurable action. Working with this interpretation allows us to examine an interesting approach by Klout, a SF-based startup that employs a rather sophisticated human algorithm that measures activities and relationships fostered by individuals on Twitter (and soon Facebook) to calculate social capital. Social capital represents the balance of your stature as dictated by the social currency exchanged with others via public and backchannel conversations, recognition, reciprocity, and the relationships that form as a result.

Klout is much more than a credit score provider for the social Web; it is a database of influencers that sorts through the massive cloud of collective consciousness to assign weight and authority to individuals based on themes and topics. One could only imagine the possibilities to connect with the long tail individuals that cause significant and measurable actions online around any topic, brand, cause, or movement.

How can businesses, which, one could argue, typically represent a “pay it backward” approach (ie, pay me for my goods and services), thrive in this environment? In my experience as a longtime social media observer who advises companies on how to successfully navigate the new media landscape, the key lies in embracing the linear concept of Relevance, Resonance, and Significance (R.R.S.).

Starbucks was among the first companies to experiment with a formal Klout influence partnership. In fact, it was the first such program for Klout as well. Essentially, Starbucks sought to connect with influential coffee socialites or more accurately stated, individuals with authority who tweet about coffee. In recognition for their prominence, these “coffee influencers” were offered a cup of Pike Place Roast on the house.

What was previously available to communications teams via media databases is now completely reimagined through the long tail of conventional clout.

Starbucks isn’t alone in its exploration of new influencers to help awaken new possibilities. Virgin America recently partnered with Klout to reward notable personalities on Twitter with free flights to Toronto. What might appear as a clear violation of the renewed FTC guidelines is actually an example of how to do it right. The flights are not an exchange for coverage, it’s simply an “opt in” reward for those who willfully submit their email address to see if they qualify for the free ticket. And, the disclosure to enjoy the flight without any obligation to publish is front and center.

I’m a true fan of Virgin America and their work in new and social media having covered their creative campaigns over the years. So, I reached out to the team to get insight into the program and the inspiration that brought it to life.

Klout and Virgin America hand-picked influencers based on Klout scores in the Toronto and California markets who fit the Virgin lifestyle.  The goal was simple: explore new, innovative, and authentic ways to engage with guests and prospects while also amplifying awareness in new and existing markets. The key is here is that budget wasn’t infinite and therefore any dollars spent had to focus on the right people with the ability to connect for less than other traditional means.

To help inspire creativity for those who may read this, I asked the very question that you are actually asking right now, how do you view the balance between recognition and reward…even though you are not requiring any form of media in exchange, the gesture naturally begets a response.

Jill Fletcher of the Virgin America new media team offered a genuine and inspiriting perspective, “We really view this program as a way to engage influencers and induce trial of our service, which we believe is unique in the skies (and a great fit for tech-forward flyers in particular). All participants are subject to the Klout Influencer Code of Ethics, which means that they are free to Tweet whatever they like about the experience – be that negative or positive – or Tweet nothing at all. Our hope is that their experience is positive, but if it isn’t, we hope that they provide us with valuable feedback on ways we can improve our service.”

Naturally, Klout is a hot ticket for brands looking to connect with these authoritative audience who each possess audiences of their own. For those looking to experiment outside of a formal program, Klout offers the ability to search for influencers on any given topic. In fact, many services such as Radian6, CitizenNet, Flowtown, mBlast, and PeopleBrowsr’s analytic.ly also offer the ability to surface influential voices on key topics and themes across multiple platforms.

The future of brand prominence and resonance starts with the recognition of the people who have earned stature in your markets. Recognition is a start. Reward is a gesture. Engagement and reciprocity is how we christen relationships. As the idea of influencers continues to diversify, embracing eminence is just the beginning.

The true promise of influencing the influencer lies in the power to become the very influencers we rely upon to tell our story. The same tools, services, and techniques that propel socializers atop these emerging social hierarchies also works for us. This is our time to not only connect with new influencers, but also establish influence and influential relationships through our intentions and actions.

I invite you to take a look at Engage!: It was written to help you find answers… 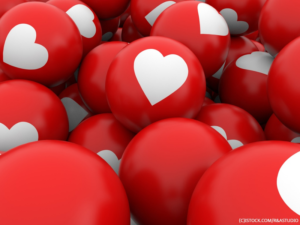 The importance of UX/UI to guide a more intuitive

"Computers are useless. They can only give you ans