Home » Articles » Business Growth » The Difference Between Friends, Fans and Followers
Go Back

The Difference Between Friends, Fans and Followers

With every day that passes, brand managers are learning the value of presence in social networks. The extent to which new media permeates a company’s fabric depends on where in the world the company is based, as well as the prevailing culture of its organization. What’s clear however, is that brands are paying attention.

Social media and our understanding of its promise are raw. I’ve always believed that media and ensuing behavior are evolving faster than our ability to master it. As such, it relegates us to an important, not menial role of student versus expert.

It starts with how we visualize the opportunity that lies before us in new media. Here we are, years after some of the earliest, successful experimentation with brands in networks such as Facebook, Twitter, and blogs. And yet, many of us still can’t see beyond the idea of trying to reach “an audience” of existing and potential consumers. While in general, there’s nothing wrong with earning an audience. The principle of my statement though, is rooted in the idea that an audience is comprised of people, people who in their own way, are each coming to the relationship with their own personal agenda. As such, we tend to view connections made in social networks quite literally as the 3F’s: friends, fans and followers. With such a narrow view of who we’re trying to reach and why, we limit our effect and value.

There is no one audience. It’s an audience of audiences with audiences and within each are varying roles of the social consumer. At any one moment, social consumers are

If we are designing our engagement strategies and social presences around the varying, yet important roles of the social consumer, we are missing our true opportunities to cultivate more meaningful communities online and in the real world.

The future of business is tied to how the 3F’s convert into the 4A’s, action, advisor, affinity, and advocacy, regardless of network. It is our responsibility to assume the role of digital anthropologist and sociologist to understand the needs and wants of people within each network and to design programs around these discoveries. Everything begins with research and understanding. Instead however, brands are quick to race to networks with a “ready, fire, aim” approach without having the answers to why. And then we wonder why it’s so difficult to measure ROI. We need to have a mission and purpose that reaches the right people in the right way with desired outcomes.

ExactTarget recently published a study that showed us, at the top level, the differences between the 3F’s. In its report, “Subscribers, Fans and Followers,” ExactTarget studied the unique attributes of consumers using email, Facebook, and Twitter as well as their influence on customer loyalty.

The first question is one that many companies often ask, but is rarely answered. Are internet users more likely to purchase from a brand after becoming a subscriber, fan or follower?

In the U.S., the results are as follows…

On Facebook, at least as of the study date, which is April 2010, the numbers aren’t as promising as Twitter. Here, only 17% agreed, 34% were on the fence, and a staggering 49% disagreed.

In opt-in email campaigns, the numbers were better than Facebook. 27% of email subscribers said that they would make a purchase, 41% stated a neutral position, and 32% would not.

Earlier in the year, I wrote about why consumers connect with brands on social networks. Many stated that they desired access to exclusive content as well as special offers and discounts. That tells us that we have to, in part, address those wants. According to this research, we can see that promotional activity on Twitter may be a good place to start. Here Followers may prove of greater value than Fans or Likes, as those who would make a purchase because of the brand connection are twice as likely to do so through Twitter than Facebook.

ExactTarget then asked an equally important question. Would you recommend a brand or product after connecting with the company on Twitter, Facebook, or through opt-in email?

The Twitter lines were divided in thirds. 33% said yes, they would act as an advocate on behalf of the brand. 35% were unsure. And, 31% said that they were unlikely to do so.

This time, the numbers were a bit better for Facebook. 21% would recommend a company after “Liking” them. 32% stated that they did not lean either way. 47% however, said that they don’t “like” the idea of making the referral.

Email, which, by the way, is far from dead, outperforms Facebook. 24% would make a referral. 40% were unmoved. 36% claimed that email did not inspire them to make the referral.

The numbers are telling and whether we agree or not, they inspire analysis and more importantly, creativity. The population in Twitter compared to Facebook and also email is small.  According to ExactTarget, only 3% of US internet users follow brands on Twitter. Imagine what happens when that number increases and brands also meet this growth with much more sophisticated programming and engagement strategies. ExactTarget also noted something very important. Users on Twitter are more likely to be influencers…thus ideal targets for advocacy.

To help, Twitter just revamped business.twitter.com, a site that provides the basics on how businesses can use Twitter effectively. The new site provides businesses with information about Twitter features and tools as well as about the company’s new Promoted Products – Promoted Trends, Promoted Accounts, and Promoted Tweets.

The lesson in all of this is that assumptions are made about how well businesses are using social presences to activate social consumers. Once we realize that social consumers require information, direction, and incentives uniquely, connecting with them will have the purpose necessary to steer experiences and outcomes.  Everything starts with getting to know your social consumers.

This is click to action…converts the 3F’s to the 4A’s!

If you’re looking for a way to FIND answers in social media, consider Engage!: It will help…

Get The Conversation Prism: 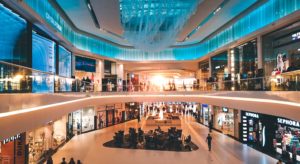 68 COMMENTS ON THIS POST To “The Difference Between Friends, Fans and Followers”