Home » blog » Business Growth » Who Are the True Digital Movers, Shakers, and Influencers?
Go Back

Who Are the True Digital Movers, Shakers, and Influencers?

This is a guest post by Magdalena Georgieva of HubSpot, a marketing software company based in Cambridge, MA.

What makes one voice louder than the other? While this is a simple question, it often takes us to a nuanced answer. Being aware of these nuances is essential in the world of marketing.

If your voice is louder than mine, it could be either because you can reach more people than me or because you can reach the right people. In the first instance, you have the necessary reach to spread a message. In the second instance, you rely on your network to distribute the news. In this context, influence cannot simply be equated to reach: the size of your email list, the number of Twitter followers or the likes on your Facebook business page. While reach is certainly a strong demonstration of influence, it’s not the single most important factor.

With the mushrooming of new online communication platforms, the process of information dissemination has radically changed. The power of publicity is no longer only in the hands of traditional media outlets. The new reader, with her growing Web presence and personal brand, also has access to broadcasting technologies. Channels like YouTube, Twitter and Facebook
has given voices to people who had been silent in the old media environment.

Yet there is no guarantee that the voices of these newly empowered individuals will be heard. They need to deserve the attention of their network by creating compelling information, optimizing it to get found online and developing meaningful relationships. The same methodology applies to small and medium-sized businesses that seek to increase their presence online. Through this process, a company will start building the right network–one that is fully engaged and well connected.

Building the right, and not necessarily the biggest, network will enable you to spread a message effectively. As an example, let’s look at how the news of Bin Laden’s death spread on Twitter.

SocialFlow, a social media optimization startup, created a number of images to illustrate the news dissemination process. The Twitter update of Keith Urbahn, Chief of Staff at the office of Donald Rumsfeld, was what triggered the spread of the news. “Keith was not first to speculate that the address is related to Bin-Laden,” wrote SocialFlow on their blog. Yet he was the one
that led to to explosion of the story on Twitter. How did he do that?

Keith Is A True Influencer

According to SocialFlow, at that time Keith had a following of 1,016 people. While this number is higher than the average Twitter user, it doesn’t even come close to the following of Twitter industry celebrities. ”But the right network effects came into play, and enabled his post to generate enough trust amongst his followers, their followers, and so on,” wrote SocialFlow.
This observation sheds light on several important nuances when it comes to defining influence–value, credibility, reach, timing, etc. These are also some of the nuances that come into play when marketers want to spread messages, set new trends and gain more exposure. Keith’s followers knew that he was someone in a position to have credible information about what was
actually happening. His statements on foreign policy events are immediately more valuable.

The true movers and shakers of the online marketing universe are less visible than you’d think. They show up when the timing is right, reach out to their medium-sized but strong network,  and let the message take its course. In fact, you might have a few of those in your marketing community. Here are three ways that you can identify those people when looking for them online:

1) They are followed by at least twice as many people as they follow, and usually many times more than that. It’s easy to get a huge follower count by finding people who auto-follow back or similar. If you want to find an authentic influencer, look for people with many more followers than just who they follow. Twitter users who are true influencers often follow only a few hundred people but are followed by many thousands.

2) Use third-party search engines to find influential people in a field. For example, Followerwonk lets you search Twitter biographies and then sort or filter by various criteria. When combined with tip #1 above, this is a great tool for prospecting who the real influencers are in a field and who’s just phoning it in.

3) Try out a “smart” Twitter search engine that can help you pinpoint who is really talking about specific issues, like PostPost. Using PostPost only works with the existing people that you follow on Twitter, but you can use it to determine who that you follow is talking about a particular topic at different times. This is incredibly useful when doing research or exploring topic leaders.

What other tips or tools do you use to help you identify and follow influencers online? Have you had other experiences like Keith’s above? 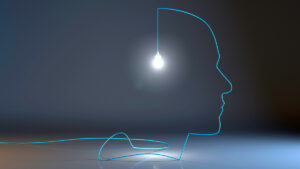 17 COMMENTS ON THIS POST To “Who Are the True Digital Movers, Shakers, and Influencers?”