About a year ago, I was asked to testify as an expert witness in a celebrity case where the celebrity in question had Tweeted a negative assessment of a particular service provider. The service provider sued claiming that the said Tweet caused significant damage to their reputation, which ultimately contributed to an unrecoverable loss in overall sales. I turned down the opportunity because in my research, I couldn’t substantiate with confidence that the Tweet caused the amount of stated damages…or anywhere close to it. Naturally, that made my testimony undesirable by the attorneys representing their service provider client. The celebrity eventually lost the case and as a result, paid a hefty sum. This case now serves as precedent for any and all case that will emerge as people seek restitution against potentially damaging status updates.

Ever since that suit, I often think about the value of a Tweet, its reach, and ultimately the worth of an account and its followers. The same is true for any social media account. In recent news, there is a developing case that is prompting me to rethink value once again as well as the importance of putting into place measures for responsible social media communication and overall management.

The situation this time around involves PhoneDog, a popular interactive mobile news and reviews resource, and a former employee by the name of Noah Kravitz. Before leaving the organization, Kravitz helped bring the organization onto Twitter, creating an account with the company name in his handle. @PhoneDog_Noah was an account he created on his own accord to engage with customers and promote the company. He also used the account for personal interaction. Upon his departure, Noah states that he informed management that he would be taking the Twitter account with him and changing the name from @PhoneDog_Noah to @NoahKravitz. Now, according to his side of the story, his management was more than fine with this change. As he asserts, his management casually asked for him to update the account with PhoneDog related information “every now and then.” I should also point out that the @PhoneDog account remains in the possession of the business.

Now, either in a turn of the tides or simply protecting what it believed it owned all along, PhoneDog is suing Noah Kravitz for $170,000 in damages it claims were caused by Kravitz not turning over the account. That’s $2.50 for every one of the account’s 17,000 followers for the 4 months Kravitz has not transferred back account management to the PhoneDog team.

This is a good moment for pause and reflection.

$170,000 is not a trivial amount. Noah most likely does not possess the means to pay these damages should he lose. In a recent interview, he projected only the utmost confidence that he was in the right and that he believes this case has no merit. He states that his employer was not interested in the account at his time of departure and because he made it a point of conversation during his exit, that he pursued reasonable measures to communicate his intentions.

More importantly, $2.50 is on the block to become a precedent in the assignment of value to Twitter followers. It’s a number that’s difficult to fathom as it’s practically arbitrary.

So who’s right in this case? Noah? His employer?

They say possession in nine-tenths of the law. In this case, it comes down to intention. We do know that Noah created the account with good intentions. But he did create the account to help his employer earn relevance in a new and important media channel. Chances are that he managed the account and grew its following during business hours, which can be considered an “invention” during his course of employment. As a result, this can be considered property of the organization because they have a vested interest in its development and Noah was compensated for his time.

In Noah’s defense, he claimed that he presented his intentions to take the account to management and received the blessing to take official ownership of the account. This can represent a form of negotiation that protects Noah from damages. He did not however, receive this approval in writing and as such, all impressions and statements are challengeable.

Another angle to examine here is that of the Twitter followers in question. Do they remain loyal to Noah or to PhoneDog? Using an automated engagement platform such as PeopleBrowsr, all 17,000 followers can be asked via DM whether they would like to remain a follower of Noah’s, unfollow Noah and now follow @PhoneDog or follow both.

When British TV journalist Laura Kuenssberg changed stations from the BBC to ITV, she struck a deal that allowed her to take her 60,000 followers. Her last BBC tweet read, “@ITVLauraK Laura Kuenssberg Thanks you for all your messages excellent followers! My last tweet as @BBCLauraK – shortly to become @ITVLauraK.”

While the results of this case will play out in either court or arbitration, businesses and employees should take this time to communicate intentions and expectations. Additionally, companies should invest in the development of clear policies, guidelines, and compliance processes and systems to protect employees and intellectual property (IP).

If we look at email as precedent, it’s largely understood that the email account and all communication remains company property when an employee leaves. The contacts made during employment are exportable. But, businesses already possess proven rules that govern the engagement of employees and past employees in regards to how contacts can be engaged post employment, how, and for what duration. For example, a sales person is typically not allowed to make contact with business clients during a fixed period of a year or longer.

There’s one other angle to review here and it is worthy of serious consideration and ultimately new internal rules and procedures. If we use Noah Kravitz as an example, at some point he will join a new company and start a new career. With his 17,000 Twitter followers, Kravitz boasts a notable personal brand. This brand can be of great value to the organization of course, but it is his brand to cultivate. Additionally, Noah would need to treat his personal brand and any presences that he manages as an employee-owned carve out. In his HR file, it would then be noted that these accounts are his personal assets. However, businesses must now consider policies, rules, and procedures for managing a personal brand without disrupting the employees role, focus, or the employer’s brand.

I took a moment to speak with Joe Chernov, VP of Content Marketing for Eloqua (an Altimeter Group client). He believes that communication and regulation are key, “I am concerned both as the architect of my employer’s social strategy and as a hiring manager. The two questions on my mind are Will an eventual decision require me to forfeit my personal following? And, how can I ensure the organization maintains rights to relevant follower lists should we onboard additional social media personnel? The battleground for employees and employers alike may shift to employment offer negotiations, when each party has an opportunity to assert rights to intellectual property. Employers may wish to add specific language requiring that all social media handles, followings and content be transferred completely and exclusively to the Company. Meanwhile employees interested in developing and protecting their own “brands” might push back against the same with specific exclusionary language to ensure they may take their tweets with them upon termination. Of course, these battlegrounds can often be avoided by thoughtful dialogue.”

Social media is new and at the same time the laws that should govern account management, customer engagement, and community development are already established.

Like in any customer or employee facing account, the rules of engagement must be defined, articulated, and accepted. Additionally, these rules of engagement should be observed through compliance practices to ensure brand integrity and employee performance through training, improvement and also reward. 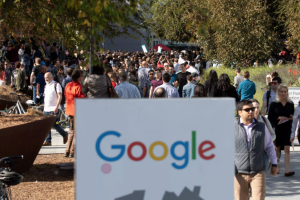 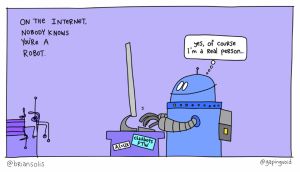 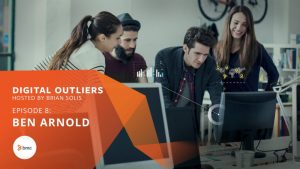