The State of the Twitterverse 2012

The first time I wrote about Twitter was March 2007. My, how time and Tweets fly. With 500 million registered users and 250 million Tweets flying across the Twitterverse every day, Twitter has become a fabric of our digital culture. Twitter is now ingrained in our digital DNA and is reflected in our lifestyle and how we connect and communicate with one another.

While many struggle to understand its utility or its significance in the greater world of media, it is the most efficient global information network in existence today. News no longer breaks, it Tweets. People have demonstrated the speed and efficacy of social networking by connecting to one another based on interests (interest graph) rather then limiting connections to relationships (social graph).  Twitter represents a promising intersection of new media, relationships, traditional media and information to form one highly connected human network.

I recently stumbled upon a well done infographic created by Infographic Labs to communicate the state of of the Twitterverse. It’s quite grand in its design. So, to help get the most out of it, I’ve dissected it into smaller byte-sized portions.

The Top 5 Moments in Tweets 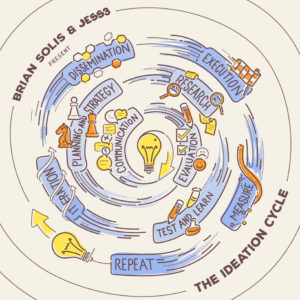