Home » Articles » Business Growth » Finally, a look at the people who use Twitter
Go Back

Finally, a look at the people who use Twitter

The days of “I don’t get Twitter” may soon pass. Tweets are now a form of self-expression among connected consumers and it is this connected generation that continues to grow in size and influence year over year. Much in the same way that TXTing is a natural form of common conversation, even if it’s a norm that’s outside of the world as you know it—Twitter is reflective of how millions of people are connecting and communicating.

Over the years, Twitter has become a human seismograph measuring world events, popular culture, everyday sentiment,while providing a lens into every nuance that captivates our attention. What was once a Twitter paradox is now part of our digital culture. Everyday people who are connected to Twitter become the  nodes and their shared experiences form one of the most efficient information networks in the world.

At the end of 2011, we learned that over 100 million people were active on Twitter and that top top three counties, U.S., Brazil and Japan alone accounted for over 175 million daily Tweets.

But to what extent is Twitter serving as an extension of real world self-expression? How has Twitter truly permeated our society? To answer these questions and more, Pew released a new internet study focused solely on Twitter.

Twitter is literally soaring. Adoption among internet users more than doubled between November 2010 and February 2012. Now more than 15% of all people in the U.S. who use the internet also Tweet or at least roam the Twitterverse. Additionally, 8% of all U.S. internet users are active on Twitter every day.

Pew’s study also explored who uses Twitter to give us a better idea of the people behind the Tweets.

As you can see, Twitter usage according to Pew is almost even among men and women, with women edging slightly ahead. Just over one quarter (26%) of internet users ages 18-29 use Twitter. Most notably, those 18-29  represents nearly double the usage rate for those ages 30-49. Pew also found that among the youngest internet users, those ages 18-24, 31% are active Twitter users.

Pew learned that black internet users continue to use Twitter at remarkably high rates. More than one quarter of online African-Americans (28%) use Twitter with 13% doing so on a typical day. Hispanic users ranked as the second most active race on Twitter at 14%. Interestingly, residents of urban and suburban areas are far more likely to use Twitter than those in rural America.

Pew discovered that Twitter use among those 18-24 year old increased dramatically between May 2011 and February 2012, both overall and on an everyday basis. Usage among slightly older adults, those between the age of25-34, also doubled—from 5% in May 2011 to 11% in February 2012.

Generation-C  is not bound by age, but by connectedness. Either in or within grasp, Twitter users and those who use smart phones are eventually becoming one. As of this survey, Pew discovered that one in five smartphone owners (20%) are Twitter users, with 13% using the service on a typical day.

Millennials are born with digital DNA and smart phones are a physical extension of their being. 18-24 are not only the fastest growing group of Twitter adopters over the last year, they also represent the largest increase in smartphone usage of any demographic group over the same time period.

Additionally, mobile users between 18-24 are more likely than older generations of cell owners to use Twitter. One in five 18-24 year old cell owners (22%) use Twitter on their phones, and 15% do so on a typical day. Following true to typical internet usage, African Americans and Latinos also stand out as heavy mobile Twitter users. Pew also noted that these two demographic groups have high rates of smartphone ownership.

As Twitter becomes part of our digital  lifestyle, we become increasingly elusive. Twitter is a reflection of our society and what captivates online and offline. With everything we share, we contribute to a searchable human index that forms a repository of collective experiences and expressions. We are both patrons of Twitter as well as its architects and librarians. We can learn anything and everything we wish about today’s connected consumer, but everything begins with the desire to learn. Once we do, Twitter’s role in our digital society will help us learn how behavior is evolving. And for those who choose to not just listen, but also analyze Tweets, demographics and psychographics, the ability to compete for relevance will be a proactive rather than a reactive venture.

Note: two variations of smart phone and smartphone are used for keyword purposes 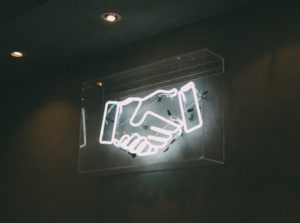 Live from @brandinnovators during #CES2020. I just