First off, social media could have at least partially erased the advantage that some state-sponsored “full-time amateur athletes” from Eastern Bloc countries enjoy over self-financed amateurs from Western countries. But unfortunately the social media gag order by the IOC neutered that chance by restricting athletes from sharing posts that mention their sponsors on Facebook, Twitter, or anywhere else online. Here’s the clause:

“Participants and other accredited persons are not permitted to promote any brand, product or service within a posting, blog or tweet…” [PDF]

Since state-funded athletes don’t need to raise money from private enterprise to support their Olympic bids, social media could have given those who do a way to rally funds.

The financial pressure on US Olympians is no joke. The parents of Gabby Douglas and Ryan Lochte both filed for bankruptcy recently, crushed under the immense financial sacrifice it took to get their children to the Olympic Games. Recognizing the contributions of their sponsors via social media might have offered some relief. But Rule 40 erased that possibility.

The Track & Field Athletes Association, Olympians and fans have been protesting the policy by including the hastags #rule40 and #WeDemandChange in their tweets. Above is an image Olympic medalist Dawn Harper tweeted to protest the gag order.

What’s backwards is the premise of the rule, which assumes that if athletes use social media to promote their own sponsors, official Olympic sponsors and rights holding broadcasters will lose. This is second reason the effort failed. It assumed that the media landscape is a zero sum game and that the absence of unofficial sponsors in social media would be a gain for official sponsors in mainstream media.

But as we seen, social media drives traffic to owned media, increasing the number of eyeballs broadcasters have to sell to paid media.

As veteran reporter Suzanne Vranica wrote in a story about the impact of social media on ratings:

“There have been plenty of negative hashtags assigned to NBC’s Olympics coverage on Twitter, including #NBCFail and #NBCStinks. But on Madison Avenue the hashtag for this Olympics so far is more like: #NBC$$$$.”

The take away is this. Social media doesn’t replace mainstream media. It drives mind share. More mind share equals more viewers. And more viewers means more value for official sponsors and broadcasters. What the IOC failed to appreciate is that tweets, blogs and mobile videos don’t cannibalize prime time viewership. They complement it.

To be fair, the IOC’s social media policy is certainly no anomaly. According to the National Labor Relations Board, most social media policies in the US are unlawful. Rule 40 is just one of many shortsighted gaffes that digitally illiterate gatekeepers from a bygone era have concocted to try and police the digital world by analog standards. Which brings me to the third, and final reason the social media policy at the London Olympics failed.

To sum it up, Rule 40 not only fumbled the chance to level the playing field for all Olympians, it skirted a ratings gain and stained the reputation of the International Olympic Organizing Committee. They protected themselves in the court of law and lost in the court of public opinion.

But it didn’t have to be a win-lose scenario. They could have had their cake and ate it too. If you’d like to learn how to develop practical, win-win social media guidelines by which your employees can conduct responsible, constructive social media engagement in both official and unofficial capacities, here’s a half price link good until the Closing Ceremonies for the first 50 sign-ups to take my online course on social media policy development.

Eric Schwartzman is the creator of www.SocialMediaBootCamp.com 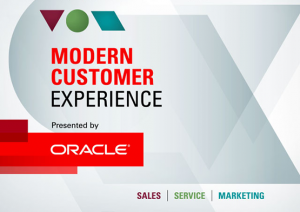 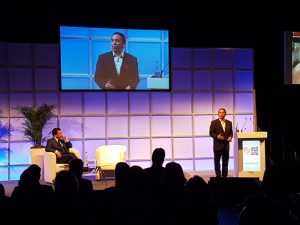