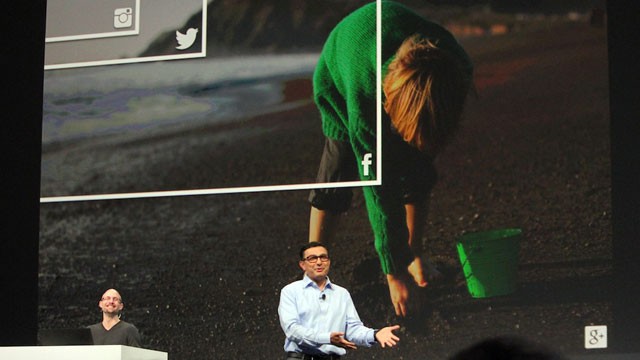 Google isn’t done trying to take on the behemoth social networks. That was the message from Google’s Senior Vice President of Engineering Vic Gundotra at the Google I/O conference this week as he announced a new look for the company’s Google Plus social network. ABC News’ Joanna Stern and Brian Solis examine a snapshot of the news and picture the social network’s future.

Analysts and industry watchers are impressed by Google’s additions, though they point out that they aren’t putting social first. “Its image tools help everyone look like an amazing photography without any effort,” Brian Solis, a principal analyst at Altimeter Group, told ABC News. “It’s a different play though than that of Instagram. For example, you upload them to Google to give experiences and memories a home. With Instagram, you share experiences mostly to share with friends, engage and interact with your photos as well as theirs.”

But Google doesn’t have to be the only mobile photo service out there to really compete, says Solis. “Many people will use multiple networks because people play out their digital lives across multiple platforms,” he said. “No one place will reach everyone, but Google is doing its part to stay relevant and pervasive among the fray.”

« Previous PostNew Digital Influencers: The Coming Youthquake
Next Post »Internal social networks improve communication + collaboration when empowered to do so