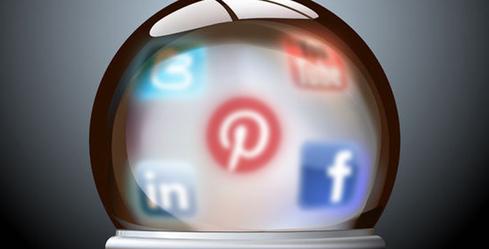 Information Week’s Kristin Burnham asked Brian Solis for his thoughts on the biggest trends for Social Media heading into 2014.

According to Brian Solis, principal analyst at Altimeter Group, this year marked social media’s move into the mainstream.

“It’s no longer passed over as a fad or something that’s going away any time soon,” he said. “Social media is now part of our fabric of society, like mobile phones and computers — it’s a staple of our everyday life.”

In 2014, expect a shift in priorities: a bigger focus on social media monetization, user-generated content, a great acceptance of sharing information, and more. Here’s a look at the big trends for next year.

1. Businesses will learn how to better monetize social
“The big question everyone wants answers to is how does social media make money?” Solis said. “Everyone thinks that if these platforms don’t make money at the outset, it’s not a viable platform, and that’s not true.”

Neither Twitter nor Facebook made money in the beginning, but Facebook has found a way — quarter after quarter — to beat revenue expectations. Expect social platforms to generate new revenue streams and try new things as the sector sets a precedent for the best new ways to make money.

2. Social media users will be comfortable sharing more
As people start to live a digital lifestyle, they open up and become less concerned about privacy. “We don’t lose the desire to have privacy. We change the value proposition of what it is. The more we share online and the more people react to it, the safer you think it is to continue sharing.”

This is good news for Facebook, which has started pushing users to share more often. The social network recently allowed teens to share posts publicly and removed a privacy setting that prevents people from finding you.

Expect to see more initiatives like the one from Urban Outfitters. The retailer encourages customers to take photos of themselves in its clothing and to post them to Instagram with a hashtag. The company moderates the content and picks some photos to include in a gallery that links to the pages where you can then buy those looks.

It’s becoming harder and harder to ignore Google+, the search giant’s social network, Gupta said. Take its most recent news: Google redesigned YouTube’s comment section and now requires users to have a Google+ account or a YouTube channel to comment. And last month, it announced new details about its user base, confirming that it now has more than 300 million monthly active users.

One reason Gupta says Google+ will gain more momentum in 2014 is because of its visual appeal. “Brands love Google+ because it’s so visual, and it seems like there’s this undercurrent of people gravitating toward platforms in which content can be expressed in much more visual forms.”

“Facebook will finally be regarded as the powerful digital platform that it is. It’s incredibly undervalued because investors haven’t known what to make of it, and many of them probably don’t even use Facebook,” he said. “The same will probably happen to Twitter. It has tremendous room to grow into its own and will probably follow the same path as Facebook. The market will be a little wary and leery of it until it starts making money.”

Live from @brandinnovators during #CES2020. I just