Earlier this week, I was talking with a friend of mine who sold a fashion tech company in the early 2000s — before social media spawned copycat startups left and right, before TechCrunch made rockstars out of hot, young founders, and before corporations were seeking new ways to engage customers as forever faithful, digital brand ambassadors.

“There are times when I feel like I’m really putting myself out there, and taking a leap, but in hindsight I’m merely taking baby steps and trying to take calculated risks, so calculated that they’re not even risks,” I shared. “I’m basically playing it safe.”

“Unless you’re walking through a dark alley filled with killer monsters, playing it safe is the dumbest thing you can do,” she said. “If you’re really curious about something, you can’t pussyfoot around the water. You have to dive in.”

Her words struck a sharp chord with me, and got me thinking about the people I admire most—the ones out there taking risks, daring to innovate with the intention of changing consumer habits, and dancing like no one is watching. Most of them are between the ages 14 and 19.

This isn’t coincidental. Teenagers today are different than Millennials and older generations. Teens have never known a time before the Internet. Growing up amid significant tech innovation and political revolutions unfolding via social media, teenagers are are exceptionally globally aware and they are constantly asking questions. Not only are they asking questions, they’re creating solutions.

About a year ago, I read a story about a 16-year-old boy who invented a noninvasive, inexpensive way to detect pancreatic cancer. His name is Jack Andraka. His invention is 100 percent accurate. Jack introduced me to Adora Svitak. At 16, she’s already an accomplished author and activist. When she was 12, she spoke at TED about what adults can learn from kids. A few weeks later, I met a 17-year-old by the name of Easton LaChapelle. Easton used a 3D printer in his bedroom to build a robotic prosthetic arm designed to be controlled by brainwaves.

Later, I met Mariah Reyes, a dream interpreter who started a clothing line from recycled trash. I asked to share her greatest passion with me and she said, “As a country we’re going through a collective shadow, a collective fear that confines us from doing what we really want to do, and from becoming who we really came here to be. But we can come together and be a community. We can be demonstrators. We can think, declare and manifest change.” She’s 16 years old.

Not only are these young people prime examples of the most informed, connected generation in history, they are unabashedly, unequivocally unafraid to fail, which is why they’re so original. These kids think and they play. They collaborate, and they come up with good ideas just crazy and imaginative enough to work. They take risks. They don’t know any other way doing things.

This kind of human ingenuity is of the utmost importance to the fabric of our society for multiple reasons. In 1970, the top three skills required by the Fortune 500 were reading, writing and arithmetic. In 1999 the top three skills in demand were teamwork, problem-solving and interpersonal communication. We need schools to develop these skills in young people, and we need educators to encourage curiosity and risk taking so this mindset will ultimately transfer to businesses.

That being said, there is a new generation of educators who are inventing ways for students to learn through their own curiosity. Rather than spoon-feeding information, these teachers are prompting students and then stepping aside so the students can teach themselves, while discovering their own unique talents. There are high schools in New York City that do this. They’re a part of the Internationals Network, and they report a higher graduation rate than the city’s average for the same populations.

What would happen if more businesses took this cue? What if more brands created space for creating new products and influencing behavior? Not every company can have a Google X, creating future technologies such as space elevators and self-driving cars. But the brands that continue trotting on a safe terrain will never reach a higher plateau.

At the end of the day teenagers are young. They still have all of their dreams in front of them. They don’t have all the answers any more than any other age group. But it’s time we ask them to be a bigger part of the conversation about improving business and global development, so they can help us build solutions. 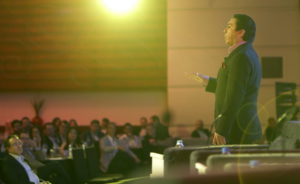 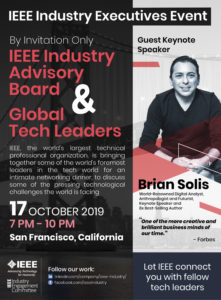 5 COMMENTS ON THIS POST To “Curiosity Didn’t Kill the Cat, It Unleashed a Lion: Cultivating Tomorrow’s Leaders Today”