I spent many hours fielding questions and having conversations with songwriters about the recent win by Pandora in the ASCAP rate court. Mostly, the songwriters wondered why there was a battle in the first place and why ASCAP lost. Performance rights licensing (the right to publicly play/perform a song on the radio, television, the Internet, large venues etc.) is one of those areas that songwriters love, but often know little about. They love that the check comes in the mail on a quarterly basis like a miraculous gift and some even call it “mailbox royalties.” They rely on this money heavily even though many would not be able to describe how it is generated or what the rules are in governing the two major Performance Rights Organizations (PROs), ASCAP and BMI.

The Pandora battle revolves around this governing issue. ASCAP and BMI are membership associations which each represent over a half a million songwriters and music publishers in the field of performance rights licensing. ASCAP and BMI each function under consent decrees entered into with the U.S. Justice Department. The current consent decrees require that ASCAP and BMI must grant a license to any potential company or service that wants one. They do not have the right to say “no” to any potential licensee.

If, after they negotiate with any licensee — in this case, Pandora — and the licensee does not like the rates proposed by ASCAP or BMI, the licensee or the PRO has the right to go to federal court in New York to set the rate. This is exactly the tack that Pandora took and what has led us to this current situation. In court proceedings, it is the PRO’s burden to demonstrate that its proposed rate is “reasonable,” but the consent decrees provide no standards for determining “reasonableness.” The ASCAP Rate Court, through Judge Cote, has been consistently ruling against ASCAP since she began her tenure as the sole judge responsible for setting ASCAP license fees in 2009, rejecting the comparable licenses ASCAP has proffered as benchmarks for gauging the reasonableness of its fee proposals and accepting instead the licenses relied upon by Pandora and other ASCAP licensees.

When Pandora complains that they are paying too much in royalties, which is their constant battle cry, the problem is they are paying a huge rate to the record labels. However, they have no recourse or leverage to reduce the rate they pay to the record labels because the labels function independently and their rates for services like Pandora have been determined by another governmental entity, the Copyright Royalty Board. The only royalties that Pandora has access and leverage to reduce are the songwriter royalties because of the way the consent decrees function.

The court costs that ASCAP has paid in fighting Pandora over their streaming rate come somewhere in the range of $5 to $9 million. Pandora likely has paid equivalent legal costs in their battle. Imagine if Pandora hadn’t gone to court over the combined PRO rate of 4.3% and had put that money — at the low end, say $5 million — into paying music publishers and songwriters a fair rate, the rate other streaming services are paying. Maybe then, Tim Westergren, Pandora’s CEO, who loves telling the press how much he adores musicians and songwriters, could honestly say that he is helping them with his streaming music service rather than what he has truly done, which is to almost single handedly upend the entire structure of the performance rights licensing system.

This process was moving forward for many publishers and then Pandora went to the ASCAP and BMI rate courts, asking those courts to rule that the publishers’ rights withdrawals did not apply to digital services like Pandora that had applied for licenses under the consent decrees. Both rate court judges ruled that the music publishers could not pull just one set of licensing rights (e.g., digital rights) from either ASCAP or BMI. The judges said if the music publishers wanted to license directly, they would have to pull all performance rights licensing from the PROs. No music publisher wants to do that.

Now, the PROs, the music publishers and others are asking the Department of Justice to agree to change the consent decrees so that it is clear that digital rights licensing can be pulled from the PROs. This will mean all digital companies, including Pandora when its current license is up in 2015, will have to negotiate with multiple music publishing companies either to get their services up and running, or to continue to offer their digital music services, because they won’t be able to clear digital performing rights at the PROs alone if the music publishers withdraw their digital rights. It will add a whole new level of rights clearance issues and liability to the process because the lawyers for these new digital companies will have to engage in these direct deals and ensure that they are covered for all of the music repertoire in their client’s digital services.

Before this rate battle began between ASCAP and Pandora, there was no question that all of the music publishers were being represented by the PROs for digital rights licensing.

The future seems precarious to the music publishing/songwriter community. The BMI rate court has yet to take up the Pandora royalty rate issue. If the PROs and the music publishers are successful in modifying the consent decrees, they will have a business solution for getting a higher rate, but it really isn’t a solution for the health and development of building new digital music companies and services. I firmly believe none of this would be happening if Pandora had been a good player with ASCAP. They created this situation and then Judge Cote complemented their bad moves with a totally unworkable decision.

I was at a publisher meeting recently, and the presenter gave some startling figures. He said that last year, Tim Westergren took out over $15 million dollars in stock options for Pandora (the highest amount he could extract in any given year). At the same time, Pandora paid ASCAP a little over $11 million in royalties for access to the entire ASCAP repertoire for the entire year. If this is true, or even slightly exaggerated then how does the guy who owns Pandora receive millions of dollars more in money in one year than all of the ASCAP songwriters and music publishers whose music was featured on his service in that very same year? When you look at it from this perspective, you can understand why there is such an outcry from the songwriter/music publishing community.

The music publishers and the PROs want a workable solution with Pandora and all the digital companies, but they cannot sit idly by and not receive a fair market value for their songwriter’s works in the digital arena. It’s a wild west in licensing right now, what I find so sad is…. it didn’t have to be.

Photo of Saxophone player by Shutterstock 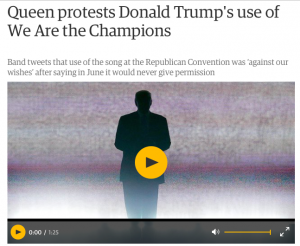 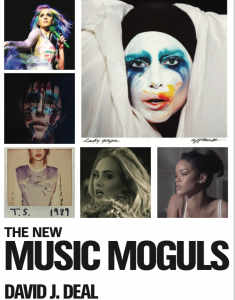 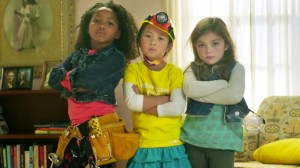