Home » blog » Disruptive Technology » Why is AirBnB Singled Out by Government When Web 1.0 Competitors are Ignored?
Go Back

Why is AirBnB Singled Out by Government When Web 1.0 Competitors are Ignored? Bloomberg’s Christian Thompson recently published a story on AirBnB and how it is and isn’t different than many Web 1.0 sites such as HomeExchange or HomeAway. Although only one or two lines from our discussion made the final story, the question and the answer are significant enough to share in this short post.

Bloomberg: My question was why an outfit like Airbnb gets all this heat when something like Home Exchange doesn’t? My French in-laws use it all the time to swap their apartment in Nice with someone’s abode here in the states, and it doesn’t seem like there’s any noise about that. Is there a difference, real or perceived, in the eyes of the law or regulators, between those two kinds of operation?

Brian Solis: HomeExchange, specifically, is a very popular service that plays by Web 1.0 rules. Its users are Web savvy and also understand the home exchange/property rental game. If you think about it, exchanging homes is a very specific usage application where people get something for something where money is usually out of the transaction. An exchange is an uncomplicated way to participate in the sharing economy. I’d argue that AirBnB though is not sharing or collaborative, it’s good ole fashioned renting. As such, it opens up new doors to complicated financial and legal scenarios that the company and its early adopters under estimated or overlooked.

Some people are renting properties that violate their leases. Others are evicting long term tenants to turn assets into short-term rental profit centers. An unfortunate user or two learned the hard way about renting out property longer than 30 days and the issues that opens up especially in California. A few have had their rental properties trashed only to find out that AirBnB wasn’t going to help. The list goes on and on.

AirBnB opened up the short term rental market to owners and lessees which meant that a lot of people were figuring things out en masse all while playing out challenges and issues in the public spotlight. For better or for worse, these experiences served as the foundation for great PR for the company which of course earned the attention of regulators, lawyers and the like. 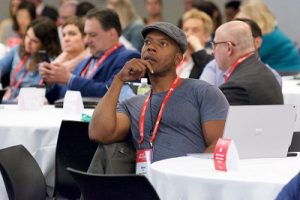 2 COMMENTS ON THIS POST To “Why is AirBnB Singled Out by Government When Web 1.0 Competitors are Ignored?”