We set out to write a book about technology…but after 10 chapters and still very little technology discussion, we realized that we were in the process of writing a book that was about so much more. At the core, we wound up writing a book about change. More specifically, a book about how companies can align their strategy, mindset, human capital and leadership to become more than just a survivor in the age of digital transformation and disruption, but a company that leverages all that is possible in the information age to Thrive.

Thanks Brian for allowing us to share a little more here on your site. Without further ado, here’s the back story. At the end, we will tell you how to get the rest…

As the business world becomes increasingly rooted in new technologies, innovation and disruption, it is interesting (even ironic) to note that the vocabulary we use to identify new and emerging business mechanisms connects us so much to our mythological past. Read any article about the intersection of technology and business these days and you will invariably bump into mentions of unicorns, wizards, the holy grail of this and that, phoenixes, enchanted objects, and even dragons (not to mention entire armies of trolls).

Among the seemingly endless mythological references to be found in business and tech discussions in recent years, no creature has come to be more revered than the unicorn. A unicorn is a company, usually a startup, that scales user adoption so fast that it reaches a billion dollar valuation before it even has a proven business plan. In many ways, the unicorn has come to embody the spirit of Silicon Valley. It has become a vessel for every entrepreneur’s dream of statistically improbable success against impossible odds in the most competitive entrepreneurial environment in the world, no less. If there is a broader American Dream of “making it big” in Hollywood or sports or music, building a unicorn—or investing in one—is the Silicon Valley version of it.

Every entrepreneurial high school and college student developing an application wants to build the next great company—the next Apple, Facebook, Google, or Youtube—and the most direct path to that kind of success seems to be building a unicorn (or unicorns, plural, as that particular journey tends to reward a bend toward trial and error and serial entrepreneurship).

The odds of making that dream come true, though, are millions to one. Even if you have the best idea in the world, at the right moment, and with the right resources and the right plan, you still have to get lucky and then keep getting lucky long enough to scale. You have to keep scoring wins as your product matures and evolve. You also have to repeatedly reinvent your product(s) to keep disrupting your industry before it either disrupts you or moves on to the next hot new startup or fad.

In the past, that kind of against-all-odds success has tended to give birth to legendary companies like Disney, Nike, Amazon, Sony, and perhaps even Tesla (time will tell). Even if you aren’t familiar with Jungian archetypes, you naturally notice something familiar about these brands. Their stories read like heroes’ journeys—modest beginnings, heroic insurgencies against powerful but lumbering incumbents, and long, successful reigns once they finally take their place on their respective thrones. Their stories are, like all enduring tales, rooted in popular myths, which is probably why we subconsciously feel the need to wrap them in magical nomenclatures. After all, what is mythology if not a lens through which to understand the world around us? As it turns out, the intersection of business and tech is no different in that regard.

There’s a catch, though. As the rarest, most beloved of all mythical creatures, the unicorn also should be the most powerful, but that isn’t the case. In the world of business, a unicorn is a company that doesn’t have an established success or performance record yet. In this context, a unicorn’s valuation is based on what it might have the power to do, rather than what it can do. In terms of success and payouts, the legend of the unicorn is different from the statistical reality of the unicorn.

Seen through that lens, the term “unicorn” might seem more cynical than aspirational. It implies a certain degree of skepticism, even scorn. In this context, believing in unicorns is a little like rounding up a bunch of errant, promising young colts and hoping that, while you nurture them in your stable, one of them will magically grown a horn in the middle of its forehead. Even the nurturing model itself can sometimes seem more like alchemy than any kind of legitimate process. (Just throwing money at something doesn’t guarantee its long-term success.) In short, the term “unicorn” pitches potential against execution. While it refers to companies working on some of the world’s most innovative and disruptive ideas— ideas with tremendous potential for change, good, forward momentum, and for real and tangible success—in their current state, they have little idea how to deliver on any of it, let alone exist in any sustainable way beyond the user adoption phase. Why? Because, in their magical world, scale builds rainbows, and the mythical pot of gold waiting for them at the end of each one is called an IPO. Unicorns aren’t necessarily built to last. Most are built for a different kind of financial game.

In the business world, the unicorn is, more often than not, a mirage, an unrealized idea, fragile and ephemeral. Its fatal flaw is that, until it reaches maturity (assuming it ever does), it cannot sustain itself. It doesn’t know how, and as long as investors stick around, it doesn’t need to. In other words, the unicorn lacks the continuous profit driving capability that real businesses need to innovate, grow and thrive, especially in competitive business environments.

In light of this, the business question becomes: If not unicorns, what? What should be the model? What other mythical business beast should investors and executives look for and apply resources to? Can the unicorn’s potential for transformative innovation somehow be combined with the drive and experience to execute on it? Does this combination of traits exist in one creature? The answer that comes to mind for those of us who have been keeping an eye on every promising business model is yes. They’re called dragons. (Don’t laugh. Dragons are actually a thing.)

So… what is a dragon, exactly? It depends who you ask. In the VC world, a dragon tends to be any startup that returns (pays out) an entire fund (which makes it far rarer and more valuable than a unicorn). For everyone else in the business world, a dragon isn’t necessarily a startup. Dragons are established or maturing businesses that rely on their original start-up mindsets to adapt to and disrupt markets them as a means of dominating them. Dragons are everything unicorns aren’t—alert, adaptive, innovative, agile, sustainable, profit-driven, resilient, and wise.

Dragons typically come in one of two forms. The first is the changeling dragon, which innovates its way to adaptation and change but doesn’t usually give birth to other dragons. Examples of changeling dragons are BMW, Netflix and Starbucks. They watch, test, adapt, retool, and evolve as single entities. Their adaptive process tends to be linear, making their evolution easy to plot along a timeline. They don’t necessarily branch out or diversify. They don’t usually colonize either. They stick to the one market they dominate, watch over their turf and ward off would-be challengers by making sure to always be one big step ahead.

The second kind of dragon is the seeding dragon. The seeding dragon tends to drive innovation through an ecosystem of internal startups (and the occasional acquisition, as the need arises). In other words, it lays eggs and nurtures them. Examples of seeding dragons are Sony, Samsung and Alphabet (Google’s parent company). Unlike changeling dragons, which tend to focus on a single industry (like automotive, entertainment or coffee), seeding dragons colonize. They diversify and branch out into more than one product category or market. Their adaptive process looks more like a tree than a single line, and is rooted in the startup spirit we typically think of when we talk about Silicon Valley.

Whichever type, changeling or seeding, a dragon happens to be, it is important to note that, eggs or not, like its reptilian cousins, a dragon can only grow by continuously shedding its old skin. This evolutionary trait forces it to exist in a constant state of renewal.

Two quick observations: The first is that this drives an instinctive need in dragons to continuously retread and breathe new life into their affairs. The second is that dragons benefit from a natural aversion to holding on to what they no longer need.

These traits don’t come naturally to most established businesses—shedding old business models, products and ideas regularly, just like old skins, to grow bigger, stronger, faster and ultimately achieve market dominion. This may seem counterintuitive to companies whose success was built on iconic products and proven models. Replacing them with newer and potentially better ones is risky. What if they don’t work? What about the threat of product cannibalization? Is it really wise to innovate and compete against yourself? These are all valid questions.

What makes dragons a little different from other companies is that they instinctively know that if they succumb to complacency and don’t shed their skins regularly, no matter how successful they may have been for a time, they will slowly choke and die. A dragon knows that, once it’s time to shed an old skin, it needs to shed it and move on.

The good news is that not all dragons are born. Dragons can be made. They can be built. Any company, given the will and the tools, can transform itself into a dragon if it wants to. Changeling or seeding, it doesn’t matter. What matters is that this transformation is possible and within reach. This book’s purpose is to introduce you to the basic vehicles for, and building blocks of, that change, and to help you make them work together so your company can ultimately become a dragon. As two of the most critical vehicles for this change are digital transformation and the rise of the experience economy, we will start there.

Interested in how to turn your company into a high flying culture of rapid transformation and change? Head over to www.buildingdragons.com to learn more about the book or contact me at the email below. We hope you enjoy reading it as much as we did writing it.

daniel newman digital transformation dragons experience olivier blanchard unicorns
« Previous PostAn Intern’s Review of WTF: What’s the Future of Business
Next Post »Culture is Either the the Roadblock or Gateway to Digital Transformation 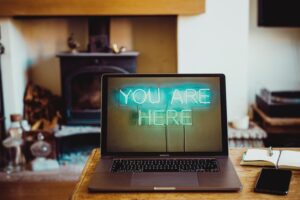