The History of Business Phone Service 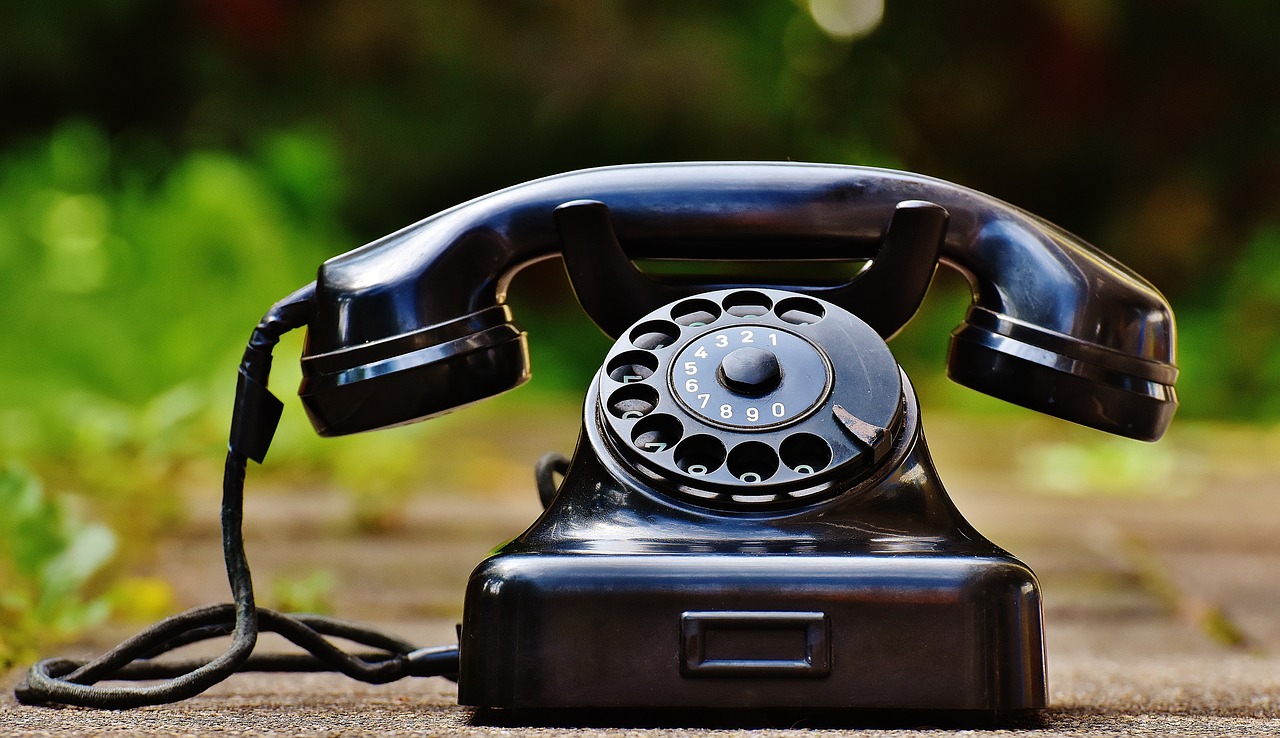 The future of business phone service lies in the history of Voice over Internet Protocol or VoIP.

Introduced in 1973, VoIP is a form of the electrical telecommunication system. A technology used to send and receive phone calls via an Internet connection. It no longer warrants the need for a landline or phone service.

The many contributions to the tech industry, over the years, are what led businesses to the doors of VoIP.

Without these certain inventions, the new business communication system would cease to exist.

Thus, to gain a better understanding of how VoIP came to be, we must go back to learn more about what came before the invention of VoIP.

What Came Before VoIP?

But, it did not start there.

Before the introduction of technology, we used more fundamental ways to communicate.

Some of the methods used were the creations of brilliant inventors. Like, Claude Chappe, Joseph Henry, and Samuel Morse.

In fact, electrical telecommunication systems did not occur until 1876.  This shift only happened due to the weather and how it was restricting the sending of signals.

If it was not for the divine intervention of Mother Nature herself, we might still be sending signals using pre-electrical ways.

It is hard to believe the battery, raincoat, and matches all came before electrical telecommunication.

Even the soda fountain and the very first steam locomotive made their debut before 1876.

But, when telecommunication systems changed from pre-electrical to electrical, it was life-changing.

From then onward, there was no turning back.

The world of communication changed as a result of the first electric telephone call.

The call, made by none other than its co-inventor, Alexander Graham Bell, in Boston, on March 10th, 1876.

Bell was not alone in the creation of the telephone. Its co-creator was an electrician named, Thomas A. Watson.

Mr. Watson added the microphone to the telephone, eliminating the need to shout.

As we travel into the 1900s, telecommunication inventions continue to increase.

Some notable electrical changes to the telecommunication system, include,

Throughout the ninety-seven years after the introduction of the telephone, many inventions debuted. This even includes the first phone for kids.

Many of which are what helped telecommunications lead to VoIP.

The Major Inventions Which Led To VoIP

In 1973, the transmission of the first voice data packet occurred. Which created a new pathway and the beginnings of VoIP.

Sixteen years later, and the invention of the World Wide Web transformed telecommunications.

It is also another invention that eventually leads us further down the road to the VoIP system.

Invented in 1989 by Tim Berners-Lee, the World Wide Web (WWW) changed our lives forever. And still does till this day.

The world of communication as we knew it, was over. This radical technology, left the doors wide open for other game-changing inventions.

And that they did.

The same year the World Wide Web made its way into history, is when the telecom company made its debut. VocalTel Communications, Inc., founded by Alon Cohen and Lior Haramaty.

They are also who introduces us to the Voice over Internet Protocol (VoIP) industry. Only six years after starting their business.

Fast forward to 1992, and the first “Smartphone” makes its appearance. Although it had a different name at the time.

Its creator, IBM, called it the “Simon Personal Communicator.” In fact, it was not officially called a “Smartphone,” until three years later, in 1995.

Alon Cohen and Lior Haramaty, introduces us to the “Internet Phone” in 1995, as well. The VocalTec software compresses the voice signal, turns it into digital packets, and distributes it over the Internet.

And thus, the future of VoIP begins.

The business phone system also has its part in the making of telecommunication history. Eventually, connecting with VoIP.

Before we can get there, we need to go back in time to learn more about the history of the business phone system.

The business phone system also plays a role in the making of telecommunication history, which eventually meets up with VoIP.

Before we can get there we need to go back in time to learn more about the Business Phone System.

It begins with learning about PBX.

In the early years of the telephone system, phone calls had to go through public switchboards, handled by operators.

They used the switchboards, to manually direct calls to the right receivers.

Over time, the popularity of the telephone system increased. By the mid-20th century, switchboards installed multiple lines to handle the growing number of calls.

Businesses took notice, and they started to change their phone system. Many began using separate lines for each internal department.

But, this division became too costly as internal calls cost about the same as outside calls. Businesses were also being charged for calls made between departments.

When these costs began to grow, it became clear, a better solution was needed.

Enter the invention of the Private Branch Exchange (PBX) system in the 1960s.

Although automated switchboards were being used by public services (and had been for several decades) businesses were hesitant to use them due to it often being unreliable.

As businesses took control of their phone system with their section of a switchboard, they were able to use a vast number of phones for less money.

Then came the addition of superconductors to automated switchboards in the 1970s. Making the system more reliable and no longer needing the use of operators.

With this change, businesses saw it as an opportunity to save even more money.

As more businesses adopted these newer switchboards, they uncovered even more perks.

The switch from manual to automated switchboards was a huge deal. But it was not the only breakthrough happening in the tech world at this time.

PBX Plus TDM Plus the Internet Equals VoIP

As computers began appearing on the scene, it allowed for an update to the PBX system — known as the Time Division Multiplexing (TDM) system.

TDM is still the telephone system most commonly used by businesses today, albeit a bit differently.

Back then, it was built like a desktop computer. Its design was that of a large cabinet which housed a hard drive, central processing unit (CPU), random access memory (RAM), and operating system (OS).

It made it easier for businesses to add hold music or extra phone lines. For these additions to be made possible, businesses had to buy new boards and then add them to the giant cabinet.

As simple as it sounds, it became a costly investment.

Business phone systems were analog and all calls went through the phone company’s network. In order for the system to change from analog to digital, it meant that every phone and its system needed a TDM-compatible replacement.

Although the boards were easy to add, they only were available with sixteen phone lines per board. No more, no less.

As a result, it forced businesses to pay for lines they did not need, which was a waste of money.

Then came the Internet.

With its significant advancements the future of business communication shifted, yet again.

Welcome to the Future of Business Phone Service

The internet made significant changes to PBX and TDM systems. As all three joined together, businesses no longer had to use the phone company’s network to make calls.

In the early 1990s, the ability to send calls through the internet’s data network was developed, also known as, Voice Over Internet Protocol or VoIP.

This new and exciting system was revolutionary for businesses of all sizes. Suddenly, they had access to the internet, analog phone calls, and VoIP calls, all through the same line.

Although phones and systems still needed to upgrade, many businesses did not mind. They felt the costly expense of the switch was worth it in the long run.

Plus, it was less than the cost of a PBX system, an option only affordable to large corporations, but with VoIP, any business could use it.

The system also saved on overhead costs and provided certain features which made VoIP a valuable investment.

Why the Future is Now: Your Business and VoIP

VoIP technology has improved immensely over the years, with its main priorities being to increase reliability and quality for its users.

Lessening the number of dropped calls, incorrect call routing, and hold time minutes, is the difference VoIP can make to your business.

The VoIP of today is a direct result of much dedication to these goals.

Its design makes it faster, more comfortable, and less expensive for businesses to handle both external and internal call volume, routing, forwarding, queuing, and much more.

It has grown exponentially from its early years, as it now goes beyond voice. VoIP offers a multitude of other features, such as text messaging, voicemail to email, and long distance calls using the internet.

A Cloud-based system, VoIP provides businesses and their teams the flexibility to work whenever and wherever there is an internet connection.

Watch as employee productivity goes up along with customer satisfaction. You will see improvements in your business communication and collaboration.

Better the customer’s experience and internal business operations with VoIP as your business phone service. It is how better customer relationships form and genuine connections are made.

The many innovations to telecommunication created the way for VoIP. It has become the business phone service destination.

VoIP takes your current channel system and transforms it into multiple channels of communication. Users have the option of video chat, instant message, CRM, chat software, surveys, and more.

Your business saves time, gains productivity, and happy customers. Customers gain an exceptional service from a business they can trust – Yours.

There you have it, VoIP is the future of business phone service, and the rest is history.

Brian Solis is principal analyst and futurist at Altimeter, the digital analyst group at Prophet, Brian is a world renowned keynote speaker and 8x best-selling author. In his new book, Lifescale: How to live a more creative, productive and happy life, Brian tackles the struggles of living in a world rife with constant digital distractions. His model for “Lifescaling” helps readers overcome the unforeseen consequences of living a digital life to break away from diversions, focus on what’s important, spark newfound creativity and unlock new possibilities. His previous book, X: The Experience When Business Meets Design, explores the future of brand and customer engagement through experience design. 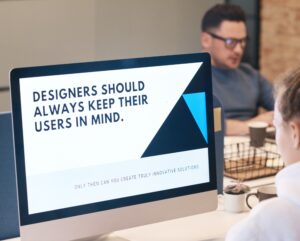