In an impressive move, PRWeek EIC, Julia Hood, responded to the blogstorm of negative coverage about the magazine’s edict that PR was entering the 3.0 era.

My original article is here.

Instead of directly addressing the arguments and points of contention circulating in the blogosphere, Julia explained the rationale behind the 3.0 moniker, “Sometimes editors fall so in love with their ideas, they neglect to properly explain them. Judging by some of the blog posts about our ‘Public Relations 3.0’ agency business report cover line, that seems to be the case here.”

She continues, “Honestly, I thought it was obvious. When I started covering the industry in 2000, it was already in the midst of a long-running transition from providing focusing on communicating to the media and to the public through the media, to its place in the C-suite where managing corporate reputation, CSR, employee engagement, and boosting sales would be part of the job description.

Now public relations is at the beginning of its third age, when it is demonstrating its unique facility for navigating environments where the companies and brands have less and less control. Rather than lamenting the decline of traditional media’s influence, the PR industry is embracing the new platforms and communities that test their creativity and the authenticity of the messages.

This change is happening much more rapidly than with PR’s previous transition, when even two years ago we were still getting letters to the editor about how little respect the profession is afforded. But even if the changes are occurring quickly, they are no less significant.

So that’s the rationale. Public Relations 2.0 was simply not far enough – the industry has quite suddenly found itself facing a refreshingly high set of expectations from clients and the public alike.”

This is probably the most important discussion facing the industry, because I think much of the PR vs. PR 2.0 vs. PR 3.0 discussion is still leaving people spinning with confusion and many are unsure how to even engage in this new form of media.

“Julia, kudos for responding to the blogosphere.

I originally reacted to your assessment that we were entering the 3.0 era because the industry isn’t truly ready for it, nor are we even close (so says the people are blazing the trail for the betterment of the rest of the industry, as well as those still trying to figure out how to engage in social media.)

Your point, “Rather than lamenting the decline of traditional media’s influence, the PR industry is embracing the new platforms and communities that test their creativity and the authenticity of the messages,” captures where we need to be, not where we are. I spend a lot of my time these days helping others “get it.” The truth is that many PR people, in fact, most PR people are attacking new media in the same fashion as traditional media – if at all. Remember this is an industry that is guilty of not even reading the publications they pitch, let along blogs, podcasts, etc.

Honestly everything that’s documented by PRWeek only validates the whole basis of PR 2.0, it doesn’t leapfrog it. In my post, I highlight the principles behind how I define the 2.0 era.

It all started with the technology that enabled the socialization of media, progressed with the people who embraced it to create new content, and it will end when PR can legitimately engage. Then, and only then, will PR 2.0 fold back into PR (without the need for a rev number behind it.)

We have a tough road ahead of us, as I’ve said before, and as many have already written, PR isn’t invited to the table here. The masses think we don’t get it, so we have a lot of PR for the PR to undertake.

In the meantime, the economic rationale highlighted in PRWeek only demonstrates the demand for these “new” services and expertise by companies looking to jump in. However, this new breed of “smarter” PR pros are a rare commodity.

The higher set of expectations by clients (or executives for those in house) isn’t realistic either for defining 3.0 as most are still unsure how to measure it, or are still either intimidated by the thought of losing control of their messages or still think that social media is not a legitimate use of marketing resources.

The only true expectations that exist are those of the public, and more accurately, the people that make up the public (producers, participants, and readers alike). It is their expectations that place the greatest emphasis on the evolution and necessity of PR 2.0 – or as better described, more effective, sincere, and smarter PR.

This is an incredible opportunity for the PR industry to escalate its perception by integrating value, direct engagement, and an entirely new set of metrics that prove ROI. It’s up to us to put the “pro” back in the PR Professional title.

PR 3.0 is only confusing the market more. This existing confusion is where we need to focus. Perhaps we can talk 1:1 so that we can collaborate on a concerted way to help the rest of the industry catch up, while also helping businesses understand how to embrace this new world of social media and PR.”

Thanks for all the comments. I’m curious – let’s assume that PR is NOT in the 3.0 era, but has a long way to go, which is a fair point, for sure. Even in my post I tried to make the point (maybe not clearly enough) that this is the beginning of the next iteration.But I’m wondering, where do you think the deficit in knowledge or experience is greatest – on the marketer side or the agency side?

Julia, let’s get together and talk sometime soon. I’ve been in front of this since the mid 90s and I think a conversation between us would be very beneficial to all following the discussion.
The iteration we are entering is truly the era of social media (it’s the best way to describe it without 2.0, 3.0, etc.)

In this regard, the greatest deficit exists across the spectrum of agencies, marketers, and in house communications professionals. If anyone says otherwise, they’re wrong. Why? Because PR specifically has never had to engage at this level and it’s forcing a renaissance.

The infrastructure of traditional marketing isn’t ready to adapt on a large scale and this is why we’re living in the new Wild West of PR. This is all brand new! Big agencies are desperate to find this new breed of social media-aware professionals because the capabilities do not exist in house. These rare talents fuse web marketing, PR, evangelism and knowledge of tech trends and light HTML. I get calls everyday from recruiters desperate to find these people – and the same names keep coming up (that’s how limited the resource pool is right now).

I’m looking forward to speaking with you. You can reach me at brian [at] future-works [dot] com
Thanks for keeping the dialog open! 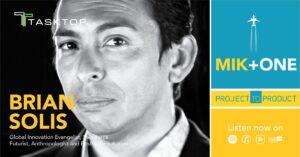 2 COMMENTS ON THIS POST To “PRWeek Responds to 3.0 Fallout”