Deleting Users, Audience, and Messages from PR and Social Media 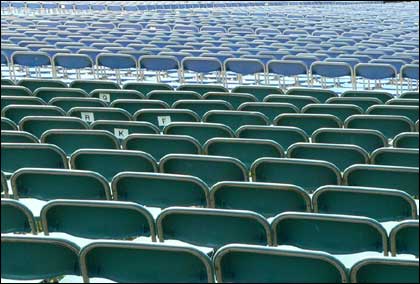 Attention PR and practicing Social Media professionals, step away from using “messages” to target “users” and “audience.” They are no longer filling the theaters, stadiums, and auditoriums to hear from marketers.

I’ve been in tech PR since 91 and have been also guilty of using such terminology. Back in the day, users really were users in the tech business and when we were researching who they were, they would ultimately become the audience for our marketing initatives. Not everyone (aka potential customers) was tech savvy at the time, so referring to “people” just didn’t cut it. And, it was never intended to be naive nor deragatory, it simply was a specific and effective category.

Fast forward to 2007 where the net reaches over 80% of the U.S. population, we now find that users are a series of collective groups of people across different walks of life. But please, don’t call them “users” or your target “audience,” because they are also the people formerly known as the audience.

Josh Bernoff of Forrester recently wrote a great post on the subject where he declared, “I’m sick of users…The more I write and read about social media, the more frustrated I get with the term ‘users.'”

The web sparked a revolution in PR which set the stage for an overdue shift in how PR pros approach marketing. Now in the dawn of Social Media, PR has no choice but to embrace something it resisted for far too long, transparency and participation.

Discussing marketing in terms of audience and users implies a one to many approach, whereas focusing on people begets a one to one communications strategy – shifting from monologue to dialog.

But it’s much more powerful than simply focusing on individuals. We can expand out focus to reach different groups of people that are linked by common interests.

When we look at groups of people respectively, we’re forced change our migration path to them. Each group is influenced, inspired and driven by unique channels and communities. Figuring out who we want to reach, why they matter to us, and why we matter to them, is the ante in order to buy into this game. Then we reverse engineer this process of where they go for their information and discussions to learn about how to reach them. And, while there may be several horizontal mediums that overlap, the vertical avenues are dedicated.

And while we’re deleting words from our vocabulary. Let’s go ahead and eradicate “messages” when discussing customers and people. They don’t want to hear messages, they want to hear how you can help them do something better than how they do it today or how this is something that they couldn’t do before, taking into specific account, their daily regime.

Messages are not conversations and there is no market for them.

Hi, my name is Brian and I’m an innovative, visionary and captivating person who is trying to revolutionize the world of communications so that the industry can monitor the evolutionary paradigm shift occurring as the democratization of information and user generated content spans across the chasm, while riding the cluetrain, influencing early adopters, energizing the market majority and the engaging the global microcommunities that define the long tail in this Web 2.0 world.

Ok, so the next step is to listen and read before you engage. There’s much to learn about each of the conversations, information and communities you wish to jump into. You’ll find that more often than not, you’ll change your story based on the insight garnered from simply observing. It’s the difference between speaking in messages and relevance.

This entire process is invaluable to the new world of marketing, traditional and social media alike. It forces PR to think like a customer instead of competitor or a marketer.

Update: Doc Searls includes a portion of this post as part of his a “Quote du jour” series and includes a link to an article he wrote in 1998 for Web Informant entitled, “There is no demand for messages.”

9 COMMENTS ON THIS POST To “Deleting Users, Audience, and Messages from PR and Social Media”