PR and Social Media are Still Oil and Water 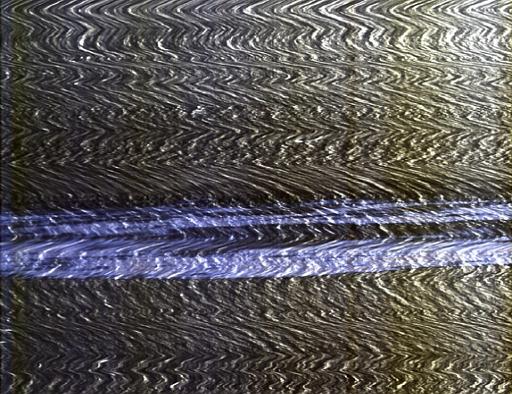 In many ways, the recent discussion of Marketwire’s acquisition of PRNN and how it was positioned as an example of the pioneering developments in Social Media and news distribution reminds me a bit of PRWeek’s claim that PR was entering an era of PR 3.0.

Attention, executives at wire services and industry magazines, before you jump into the comments section here, believe that I fully acknowledge your good intentions. However, perhaps your excitement and enthusiasm may have clouded your judgment and inadvertently encouraged the infamous PR spin to shape your announcements and articles, which ultimately added more weight to the designer luggage that PR, as an industry, is forced to lug around.

Back to my point…

The conversations still continue in the blogosphere, which is an exciting representation that the PR industry is participating more each day.

This is why as much as we’ve discussed Social Media in the past, there are new people joining the discussion every day looking to learn and hoping to engage. We can’t talk about how to improve PR enough, especially as the industry attempts to keep up with the rapidly changing landscape of influencers and communications tools.

Remember, PR suffers from the lack of good PR. And there are several smart people out there who view Social Media as an opportunity to reinvigorate PR as a rightful resident in the royal court of marketing.

There have been several great posts out there discussing the MarketWire/PRNN deal, and not only what it means to Social Media and PR, but also analyzing the distribution of the news itself as a case study in understanding the differences between how Social Media and Traditional PR can work together.

One of the more common reactions out there has been that we’re leading a charge that calls for the death of the press release as well as the wire services.

First, let me be clear. I’ve said all along that wire services have a place in the PR arsenal of broadcasting news and SEO, especially as the Web becomes the dominant source of information in our daily lives. I am simply stating that in the realm of Social Media, we examine other ways of getting our news in front of people in order to spark meaningful conversations across the Web and expand the overall reach of company news and information.

No one is calling for the death of the press release per se, we are calling for the end to the bull shit – honestly, cut the hyperbole, the corporate speak, and the messaging pyramid from the dialogue. Wire services aside, it’s the PR people that are pumping this stuff like toxic waste hoping to get out there over the wire and end up miraculously on the desk of the lead WSJ reporter. We all know things don’t work that way.

So without getting into the debate about Social Media and wire services, let’s fix traditional media before we start advertising new ways for PR people to package the same old crap in a new way.

No wire service ensures that messages are compelling or that they will be widely heard. They do, however, provide a channel for the news to reach communities and influencers, but there is a proactive step required of people in order to find the information. In most cases, they have to be looking for something that matters to them, whether it’s Key words. Tags. Referrals.

Don’t get me wrong.

Wire services do work in different, yet still valuable ways. But let’s be clear, it’s up to PR to be intelligent about how to make them most effective.

My only cause here is to ensure that Social Media doesn’t end up as polluted as the majority of the traditional media infrastructure. Remember, this entire “Social Media meets PR” revolution was sparked by journalists demanding a change, demanding improvement…not by PR people or wire services.

See, I’m of the full belief that traditional media can complement social media. But they each require a completely different approach and mindset.

This conversation continues to take place across the web and is still evolving through the comment sections of every post. That’s why the Social Media Release should be based on a social platform in order to complement its traditional counterpart.

The traditional release about the PRNN acquisition could be covered by PRWeek and Bulldog and the SMR can be read and discussed in the blogosphere and in social networks, thus reaching the right targets and continuing the conversation – directly.

What if we viewed my original post on the acquisition (just a bit more focused on the deal and its relevance and hosted on a formal company news platform) as a representation of the kind of SMR I’m talking about?

Blogging platforms, thus far, are proving to be one of the most effective social tools for sparking and tracking online conversations.