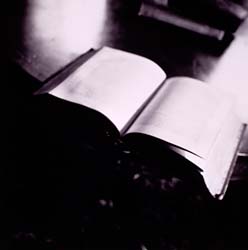 Paul Dyer takes a passionate look at why PR people give PR a bad name.

In social media, everything starts with listening. Chris Brogan shows you how…

Gooruze is a NEW professional community where members inspire, share advice and learn. Gooruze provides a one stop source for ranked news and advice for online marketing. Created and rated by the members.

When Does a Social Network Become a “Publicity Network”?

The early adopters of Apple’s iPhone paid $599 for the privilege of being the first to have the hot new consumer product when it was launched in June of 2007. But by September, Apple announced that it was slashing prices on its most expensive iPhone by at & t.

Aaron Brazell explores the art of marketing through Twitter.

1,200 Marketers Can’t Be Wrong: The Future Is in Consumer Behavior

The ability of new media to monitor what consumers are doing — like keeping track of which Web sites they visit — is fueling the interest in behavioral targeting.

MC Milker of Notquitecrunchyparent.blogspot.com shares a guide for PR pros to follow when reaching out to bloggers

I Invented Facebook launches to find the “real” story behind the popular social network. Go tell your side of the story!

O’Reilly Research has been crunching the numbers on the rise of Facebook as application platform, and they’ve released a new report, entitled simply The Facebook Application Platform.

Chris Heuer interviewed Tim O’Reilly at Graphing Social Patterns, where he discusses the future of the Facebook economy

blog blogger business marketing communications diigo pr pr2.0 publicrelations Social Media
« Previous PostBuilding a Bridge Between Your Story, Bloggers, and People – Part II
Next Post »The Future of the Social Media Release is in Your Hands