Home » Articles » Business Growth » Facebook Swims Its Way into Your Lifestream: What the Facebook news means to you
Go Back Let’s review what this news means to you as a user and as a new media enthusiast.

After Facebook’s failed attempt at acquiring Twitter, the company seems to be on a b-line to unite people in an online social graph while connecting them through a dynamic and rapid fire conversation and engagement platform.

The company introduced new profiles for public figures and organizations, which were once called Fan Pages. These new profiles will look and feel just like regular individual profiles. The idea is to facilitate the connection and communication of fans and constituents with celebrities, musicians, politicians and organizations.

Facebook also redesigned the home page for you and your social graph. Now you can visually experience all that is shared by your friends and connections, as it happens. It also provides you with additional control by allowing you to filter what you see and from whom.

What could be considered the Wall 2.0 or quite simply, a personal or branded activity stream or timeline for people, public figures, and brands, the company is placing your in-network and external network activity at the front-and-center of your public profile for friends, associates, and followers to not only stay up to date with you aggregated Web activity, but also participate in the stream.

Essentially, Facebook channels all of your activity from the Conversation Prism (the social web) from networks such as Twitter, Last.FM, blog posts and comments, Digg, Flickr, YouTube, and all other services, including your in-network updates, into one timeline.

Perhaps whats most interesting, and truly indicative of the potential of the social graph and the relevant net, is the ability to extend “status” across multiple friend networks (friends of friends, or FoFs). Many suggest that Facebook’s new focus on the statusphere is a direct attempt to eradicate Twitter. And, with 175 million users compared to four million at Twitter, it might seem possible. I’m not so sure I agree however. Twitter is one of the most vibrant and unique online communities, micro or macro, that is creating its own ecosytem dubbed the Twitterverse.

I believe that FriendFeed is potentially at risk of stern competition as Facebook becomes continually pervasive. Over the last year, Facebook has integrated many features and capabilities made popular by FriendFeed. FriendFeed gained noteriety for offering Twitter users an alternative conversation platform that hosted threaded dialog around the disparate updates strewn across the social Web.

Designed to foster ongoing dialog, gestures such as “Liking” an update, commenting on status, and sorting updates by indivduals, are features that have also slowly rolled out on the Facebook platform. Robert Scoble has said that FriendFeed is Facebook’s R&D; department.

Conversations on Facebook will continue to increase in relevance and engagement between branded personalities, organizations and people as well as everyday people and their first-level of friends combined with the extended friends of friends network.

The question is, does Facebook’s new features impact or change where you or your contacts update status, respond, or participate in social timelines?

Related Posts on PR 2.0:
– Facebook and the Reality of Your Online Content
– The Socialization of Your Personal Brand
– In the Social Web, We Are All Brand Managers
– Is Twitter a Viable Conversation Platform?
– Facebook is the Hub for Your Personal Brand
– Facebook is a Beacon for Bad PR
– Mark Zuckerberg Listens and Responds to Beacon Crisis
– Beware the Things You Share in the World of Social Media
– The Essential Guide to Social Media
– The Art and Science of Social Media and Community Relations
– Lifestreams Channel Online Activity into One River of Relevance 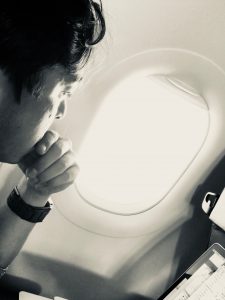