Far be it from me to lament the ability for anyone to build or publish virtually anything now that the age of the consumer and age of information have intersected so gloriously. We are truly blessed to live in a day when, with a little time and instruction reading, even the tech-tarded can have their own blog or website and publish anything they want. The more adventurous and creative, or all-night code-bender freaks, can build platforms and tools and toss them out there to see if the public bites.

How liberating the Internet has become.

Still, I fear we are approaching an abrupt slap in the face we’re not looking for if we – specifically bloggers and entrepreneurs – can’t recognize that we have a responsibility to ensure our readers, customers, audience or subscribers aren’t misled or left vulnerable. And that slap in the face is most likely to come from our government, which serves one important, if invasive, role: to protect its people.

With the Federal Trade Commission all but set to pass revised regulations to protect consumers from bloggers who fail to disclose financial or product compensation for their recommendations, endorsements or writing many bloggers are calling foul. “What I write on my blog is none of the government’s business,” cry the cyber-hippies (or perhaps Twippies). But what the FTC is proposing is exactly what our independent-minded ancestors pushed for in the 1940s and 50s when radio disc jockeys were accepting money from record companies and advertisers to plug artists or products. Payola and plugola rules have been in effect for years in the broadcast industry and we’ve been thankful for it.

Sure, bloggers are technically not media, at least in the traditional sense, and perhaps feel entitled to free-market handling by the government because they supposedly don’t come to the table with a money-making agenda like a media outlet might. Still, once your blog reaches a level of influence, even if in but a small, niche audience, you have a responsibility to care for your audience, ensuring they are treated fairly, not lied to or persuaded unwittingly.

The responsibility to one’s audience doesn’t stop with just blogs, or even blogs big enough to be considered media outlets. That same responsibility lies with startup companies, tools and platforms as well.

Case in point, Twitter currently does not have safe guards in place to protect its users from unwanted or inappropriate material. Simply put, a 12-year-old can visit the public twitter page of an Adult film star, liquor or beer company or tobacco brand. While the platform is technically an opt-in service – you follow who you want – Twitter’s creators probably never considered they had a responsibility to prevents some users from opting in to see material inappropriate for them.

I can report that a former client of mine, one in the spirits industry, has tried repeatedly to discuss the matter with Twitter executives, going so far as to offer its resources to help build what the industry calls legal purchase age gateway technology for Twitter. Unfortunately, the spirits company has received no response from the company.

This may not seem like a big deal if you take the attitude that Twitter can run their platform however they like. Yet, they do have an important responsibility to protect their users from some content. If they don’t do something about it, and soon, then bloggers won’t be the only people the FTC comes after.

My fear is that with the open source movement, free-market philosophies and virtual lack of a barrier to entry for bloggers and technology creation, this new age, groovy tech world we live in is going to come crashing down around us, to an extent. And in the form of government involvement and regulation none of us want.

The only way to prevent it is to clean up our own acts and do what is right. Not for the government or even for us. But for our audience and customers.

Jason Falls is a social media and public relations consultant based in Louisville, Ky., He blogs at SocialMediaExplorer Connect with him on Twitter by following @JasonFalls. 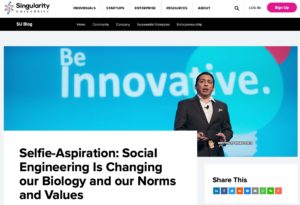