A New Mindset is Needed There’s been a great deal of discussion of late both here and in other forums about the blurring lines between advertising and editorial and the implications for both relationship building and sales. As a measurement geek (or queen, which ever you prefer) my response is generally – who cares what you call it, focus on the results. Is what your doing selling stuff, saving money, or making you more efficient?

Great, do more of it, and less of the stuff that isn’t generating revenue.

The problem I run up against is that the industry at which I’m ranting has spent the better part of the last century in a completely different mindset. To them, the job was to reach more eyeballs, and success was measured in terms of how many eyeballs you reached. Whether you paid for those eyeballs, or “earned” them via PR, just getting them was deemed by most marketing professionals to be sufficient. I can’t tell you how many award entries I’ve judged that define success in terms of reach, i.e. how many “Hits” or “impressions” were generated. Since in my mind Hits stands for How Idiots Track Success, I haven’t judged many of those award entries as worthy of much beyond the lining the bottom of a litter box.

While measuring activity isn’t by itself a bad thing, there does come a time (and I would argue that the time is NOW, in the middle of the “Great Recession”) when we need to look at what impact all those “hits” and “impressions” is having on the business.

While exposure to your brand certainly is a factor in decision making today, the reality is that in today’s environment, most decisions are influenced to a much greater degree by whatever your followers on Twitter, friends on Facebook recommend or what Google search delivers than they are by whatever ads pop up. Trying to decide what flat screen TV to buy, where to go for vacation, what movie to see, or where to make reservations for dinner, chances are you’ll either ask your friends on Facebook or Twitter for advice, or search on Google for reviews.

In business, we recently conducted a review of email marketing service providers, considering Emma, iContact and Constant Contact. All our research was conducted online and our ultimate decision was based on feedback we heard from customers on blogs and twitter. We never saw an ad, opened an email or spoke to a sales person until after we’d made up our minds.

What does that mean for how we approach measurement of brand and reputation? It means that the old notion that if you just got your brand out there enough, via either paid or earned media, you’d sell something is no longer a supportable premise. There is no evidence that social media exposure works the same way, and a fair amount of evidence that it works in exactly the opposite fashion.

When you Google a brand or a product, you may in fact get some paid Adword results, but chances are you’ll click on and read a review by someone whose opinion you respect –a friend, a colleague or perhaps a brand name media site. And chances are you’ll make a decision not on the number of times you’ve seen the brand, but almost entirely on the reputation of the source (is it someone like me with similar needs? Is it a media person or a Twitterer or a Facebook friend that I trust?

What this means is that reaching smaller numbers of the right people is far more valuable than reaching millions of faceless eyeballs via advertising. Consequently the value of advertising is declining, and the value of friendships and contacts and engagement is on the rise. More importantly the old notion that there was somehow an “Ad value equivalent” for earned media is no longer a viable assumption.

In this environment, the role of public relations has never been more important, as long as we do what the title suggests and nourish and cultivate relationships with publics. In order to encourage those relationships, PR’s role needs to shift to one of listening to the stakeholders, acting as their champion, advising internal decision-makers and building engagement with the brand.

Katie Delahaye Paine is the CEO and founder of KDPaine & Partners LLC and author of, Measuring Public Relationships, the data-driven communicators guide to measuring success. She also writes the first blog and the first newsletters dedicated entirely to measurement and accountability. In the last two decades, she and her firm have listened to millions of conversations, analyzed thousands of articles, and asked hundreds of question in order to help her clients better understand their relationships with their constituencies.

katie paine kdpaine measurement metrics
« Previous PostDoes Social Networking Impair Learning?
Next Post »No Tweets for You! NFL Bans Tweets Before, During, and After Games 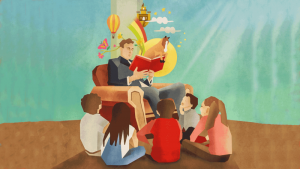 66 COMMENTS ON THIS POST To “A New Mindset is Needed”