As you may or may not know, I am, among many other things, a contributing data analyst at PeopleBrowsr, a leading provider of social search and conversation mining tools and services.

While PeopleBrowsr receives the activity feeds of many prominent social networks, among the most fascinating to analyze, is of course, the real-time micro conversations that populate Twitter and the passionate people who tweet towards significance.  In the past, we gawked at Twitter’s Most Engaging Celebrities and also boarded Twitter’s Most Engaging Airlines. Now let’s take a look at the very place that catapulted Twitter into the spotlight, our beloved SXSW Film, Interactive and Music Festival.

Every year, film aficionados, geeks, and music fans migrate to Austin Texas to celebrate their respective Spring Breaks with the people who share their passion. It’s where relationships are forged and consummated, new passions are discovered, and where memories are immortalized.

Initially, we’ll examine how conversations on Twitter symbolize the experiences shared at SXSW as well as how these conversations are indicative of the proliferation of Twitter and SXSW as compared over two years. In addition, the data will bring sentiment to life, revealing how people felt about SXSW in 2009 and 2010.

Total Mentions – At a Glance

The volume of conversations are indicative of more than we may realize. The jump in volume between 2009 and 2010 is quite colossal and representative of the intensifying interest and championing of this unique event.

Overall, Tweets about SXSW were up 66% between 2009 and 2010 starting about one week prior to the show and capping the search on the last day. In 2009, there were 261,129 Total Mentions of #sxsw, #sxsw2009 and “sxsw 2009” as compared to 395,247 Total Mentions of #sxsw and sxsw (refined based on usage and timelines used for filtering search) in 2010. This includes Tweets sourced from Austin as well as Tweets about SXSW sourced from spectators.

Sentiment is defined as a view of or an attitude toward an event expressed usually in the form of opinion and accessorized with facts and hearsay peppered across the spectrum of dialogue. To assess true sentiment, PeopleBrowsr sampled 9,000 Tweets and rather than simply provide automated results based on algorithms, the team used Mechanical Turking to analyze the sampling to provide a human-qualified analysis.

The results are interesting and warrant explanation. For those who actively review sentiment analysis around brands and keywords, this will not surprise you, the vast majority of conversations in 2009 and 2010 contributed towards a neutral view, 91% in 2009 and 87% in 2010. Tweets that contribute towards the neutral percentage are most likely to have contained the hashtag or simply a reference as part of another conversations. For example, neutral tweets include live tweeting of sessions, questions or statements regarding parties, or real-time observations and questions inside and outside SXSW as opposed to something along the lines of, “I absolutely love SXSW.”

However, SXSW fans did express their adoration and support for the event, nudging up to 11% in 2010 from 8% in 2009. And, the event itself is rumored to have grown by over 40% year over year. If you monitored the press during and after SXSW, it’s clear that the show is expanding beyond its core group of SXSW stakeholders. Depending on the author of the article and whether or not they were among the long-time supporters of SXSW, readers might garner the impression that the event hit a tipping point. But judging from the words of those who expressed their views, 2010 realized only a 1% increase in negative sentiment from 1% in 2009 to 2% in 2010, not even close to painting a gloomy picture that some envisioned by any means. In fact, positive Tweets grew from 8% in 2009 to 11% in 2010.

PeopleBrowsr reviewed all tweets referencing SXSW in 2009 to surface all unique Twitter users as well as those with the greatest number of followers. Essentially, PeopleBrowsr wanted to set the landscape for the number of people Tweeting about the event, whether or not they actually attended. The number is quite impressive.

Of course, notable personalities and brands took part in sharing the excitement around SXSW. Twitter users with the most followers:

In 2009, the graph spotlighting the concentration of Tweets resembled that of a 10-gallon cowboy hat. In 2010, the activity more accurately resembles a rocky mountain range. That comparison is important as it is reflective of renewed cycles of Tweets across multiple user segments, signaling a baton pass from geeks to music fans. In 2009, Tweets were mostly bolstered by the geeks. In 2010, it was clearly apparent that Twitter is appealing to those outside of the tech echo chamber.

Comparing 2009 to 2010 on an overlay chart provides visual perspective on the growth and distribution of Tweets during the multiple segments of the event.  Tweets enjoyed a second life this year tied to the fact that both Twitter and the conference are much larger this year. Music fans indeed Tweeted their experiences with one point hitting a delta of 20,000 tweets between the 2009 and 2010 events.

For a detailed review, please see The SXSW 2009 and 2010 Analytics and Sentiment Report by PeopleBrowsr below… 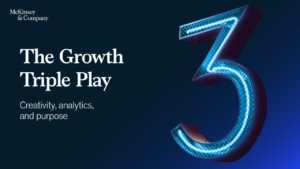 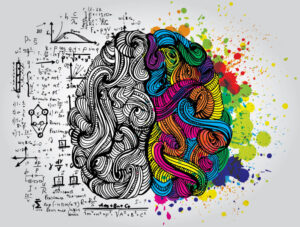