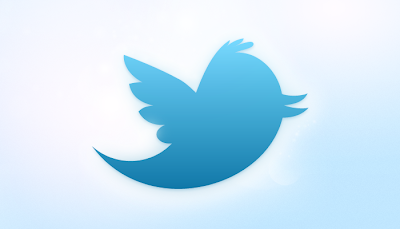 On Monday, I received a short and simple message from the Twitter team, “You are invited to attend a special event at Twitter HQ tomorrow afternoon, RSVP Yes or No.”

I had just finalized my travel from San Francisco to New York and thought for a moment, that it might be worth reconsidering. The message could only mean one thing, Twitter was going to announce something new and given that they don’t usually host live conferences for just any new feature, it would carry a level of importance that would see the likes of tech’s top press and industry leaders in attendance.

Indeed, what Twitter announced was historical in its short timeline of rapid evolution.

Even though I was traveling, the team turned on access so that I could share with you what’s in store for your new and “enhanced” experience. What you see below is currently in the process of rolling out to everyone over the course of the next several weeks. By the time you read this, you may already find a special alert at the top of your browser inviting you to click to try the “new Twitter.”

Let’s start with why.

Twitter states that its over 145 million registered users tweet and retweet. According to Evan Williams, 78 percent of active users have used Twitter.com in the last 30 days. What’s more, Twitter.com and m.twitter.com account for 92% of all access and communication. A change to Twitter.com was imminent to grow the footprint of social media’s favorite little giant. 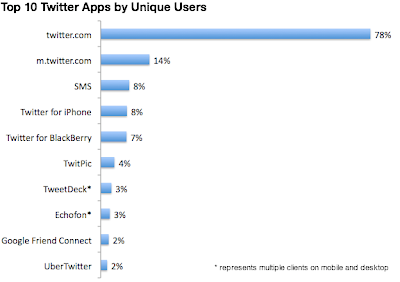 Whether or not you agree with the total number of registered users vs. users actually using the service, what’s tenable is that Tweets are on the rise. Twitter reports over 90 million Tweets per day.

What’s worth noting from the onset is that Twitter is switching to a two-column dashboard. For users of Twitter’s app on the iPad, the New Twitter may already look familiar. This is a significant change as it completely expands your existing Twitter.com perspective.

Twitter has always been about getting a lot in a little. The constraint of 140 characters drives conciseness and lets you quickly discover and share what’s happening. Yet, we’ve learned something since starting Twitter—life doesn’t always fit into 140 characters or less.

The New Twitter starts with a shift in design principles designed to keep your eyes on the stream without straying to far from the flow. Everything now starts on the left, but also expands to the right in a new panel that expands your view.

For example, when visiting the new home page, you’re immediately greeted with the new format.

Integration and elegance are at the forefront of New Twitter. Looking at the stream, you’ll notice various icons on the right side of the Tweet where applicable. These keys allow you to view the various rich media elements on the right panel without leaving the page. Essentially, you can now view embedded photos, videos, and location directly on Twitter.

This expands the view to the right column

View images and video in the new panel

As I was sharing screenshots of #newtwitter last evening, Alyssa Milano asked a interesting question about panels that led to an important discovery. She asked whether or not the right pane could be closed to re-center the stream. The answer was no. Closing the pane simply brings us back to the home view.

For those without larger screens, something interesting comes to light.

Alyssa discovered that the landscape for customer wallpaper in New Twitter is no longer as gracious as it once was with a singular column view.

For the time being, personal branding is affected. Your bio and your words will speak for you now more than ever.

Clicking on Tweets reveals additional information related to the author or subject in the details panel. The content of the Tweet determined the expanded options, which can include replies, other Tweets, a map of where the geotagged Tweet was sent, and more.

Usernames also unlock a mini profile without navigating from the stream. It offers a quick overview of account information, including bio and recent Tweets.

While in Twitter, hitting the “?” key surfaces a window panel of helpful shortcuts.

If you remember the controversial move from Coke to New Coke, Twitter’s move is not intended to convince you that this new version tastes better than it really should. Twitter execs, Evan Williams, Biz Stone and Dick Costolo, have long stated that Twitter is not a social network; it is instead intended to be experienced as “consumption environment.” Either way, it is a stream of collective consciousness that fundamentally changes the way we learn, discover and share.

In Williams’ words: “We’re trying to get people to understand that they don’t have to Tweet if they want to get value out of Twitter.”

Twitter’s new design also means business. The radical elaboration of the Twitter panes suggests that rich media isn’t the only thing we’ll see in these free spaces. As Co-Founder Biz Stone shared with MediaBistro, The new Twitter lends itself o “new revenue-generating opportunities.” He also elaborated on the subject, “The fact that you can click on any tweet that interests you and see even more information lends itself to advertising and revenue opportunities of promoted tweets and and so forth.”

Let me know what you think of #newtwitter and let’s learn how to improve the presentation, collaboration and productivity for the “new” Twitterverse.