Introducing Your Friends, Fans and Followers

Social Media is among many things, our gateway to discovery and interconnection. While social networking may seem trivial, truth is that we get out of it what we put into it. But this goes beyond the time and energy we spend on day-to-day participation. Our investment in social media earns its largest dividends when intent and purpose meet personification and engagement.

We are defined by what we share and who we know and in the world of business, media, and education, the architecture of a social network is already transforming social graphs into interest graphs. This isn’t about connecting with anyone and everyone; this is about connecting with the right people, at the right time, and in the right place. They are our social catalysts who will not only engage but more importantly, help us scale. As a result, our social network becomes a connected series of social nicheworks where each community around us is cultivated individually based on interests, motivations, and expectations. This is bigger than interpersonal relationships however.

Businesses in any industry, must also focus on direct connections. For brand managers, plugging into interest graphs is just the beginning. Actions speak louder than words and by focusing on the diversified needs and expectations of social consumers, we can indeed connect what I call the Last Mile of P2P person (customers) to person (representatives) online relationships

the goals for brands in social networks are manyfold…

5. Evolve social from a cost center to also a profit center

Nice to Meet You

While it’s not enough to measure the success of social media campaigns by the quantity of the 3F’s, knowing who they are and what moves them is imperative. Once we understand who we’re reaching and why, we awaken to the reality that no one social media size fits all. We are, after all, identifying and connecting with the varying faces of social consumerism.

Understanding why consumers follow brands represents the ingredients for the development of a meaningful content and engagement recipe.

We recently peered into the looking glass to humanize the population of Twitter. Now, the team at Ad-ology shared another report to help us personify the 3F’s so that we can begin the diversification of our social programming.

Ad-ology interviewed a national sample of 2,111 Americans about their interests and attitudes about the presence of brands in social networks. Let’s take a look at the people behind the Likes and Follows.

The majority of followers who responded in this survey reported that they were white, 81.7%. However, culture is important to engage at varying levels and requires the balance of demographics and psychographic connections.

56.3% reported that they do not have children while 43.7% of Twitter users who follow brands do have children.

Twitter and Facebook are practically identical in this category. Fans and followers without children outnumber those with children at home.

Similar to those with and without children, we find that the majority of participants who reported following a brand are single (59.2%).

According to the survey, 31% of Twitter users following brands have completed some college. 28.2% have earned their Bachelor’s Degree. And, 19.7% have continued to finish Grad School.

According to these numbers, Twitter and Facebook appeal to an educated group of people and over one-third, in turn, choose to connect with brands.

On Twitter, more women than men follow brands, 54.9% vs. 45.1%. Women, in general, outnumber men on social networks and also boast the greatest amount of influence across the entire Twitterverse.

Consumers are already indicating that they are ready to help you…they just need recognition, engagement, and most notably, empowerment.

It is those brands who understand who they’re not only trying to reach, but also those consumers trying to connect with them that will succeed in creating a meaningful and interactive community within social networks of relevance. Ultimately however, looking beyond demographics will enable brands to demonstrate empathy to engender the emotional connections that transcend economies and the network du jour. 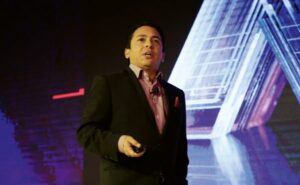 50 COMMENTS ON THIS POST To “Introducing Your Friends, Fans and Followers”