Rethinking the Future of Business Part 1: The State of Corporate Social Media

Whether you know it or not, the path that social media follows within the organization is in your hands. But as we’re learning, mastery of the latest social tools does not guarantee a place in the ranks of upper management let alone a place on the team period. The role of the social media champion is not timeless; in fact, the days of its designation are numbered. However, your role and the role of new media in your organization is developing as we go. Organizations need leaders right now.

If you’re a leader, your tenure is defined by the decisions and actions you make now. Said simply, the role of a leader is earned today and over time. If you’re a strategist or champion, the question is, what will your position look like tomorrow and what can you do to shape its direction?

This is a time for change…and change needs change agents and decision makers.

But, dabbling in social media through the siloes of marketing, service, or communications is important, but it isn’t nearly enough to introduce the roadmap to produce internal and external transformation.  The reality is that social media engagement opens the doors to new touchpoints that usually extend beyond the campaign or program operator. For example, if marketing runs a contest, customers may also use the platform to voice concerns requiring a response from customer service…but campaigns are rarely integrated and thus risk failure.

As part of his report,”Career Path of the Corporate Social Media Strategist,” Altimeter Group’s Jeremiah Owyang surveyed 140 Corporate Social Strategists to surface details on existing social media programs. Reviewing the existing infrastructure and programs currently in play at some of the biggest and most often cited companies helps us understand where we are and also where we need to go. In part one of this discussion, we’ll look at the state of social media within business.

It might surprise you that the official lifespan of social media at many organizations is only between 1-2 years (<40%) and under 1 year (~30%).  Roughly 20% appear to run social programs for the last 2-3 years. Historically, most businesses are slow to embrace innovation and change. Owyang’s report found that ~10% of the companies he interviewed claim to have led social programs for the past 3-4 years with an additional ~5% claiming social existed between 4-5 years and more than 5 years respectively.

To say that I was amazed would be an understatement. 50% of businesses declare their organization to possess a “formalized” level of social media maturity. Another 20% claim a mature infrastructure.  At least 20-30% of respondents admitted to a stage of experimentation. Obviously the sample that Altimeter Group polled for this report does not reflect the average organization. And I’d argue that the following findings do not align with social media’s true path toward the complete socialization of business – the integration of collaborative extensions to existing business units and processes.

When businesses assert a formalized or mature social media foundation, what I believe they’re saying is that we’re convinced that social is critical and that we have integrated siloed programs within the organization. Within those silos, social experimentation has most likely matured. But to claim goals, outcomes, desired performance levels or collaboration is mature is a great fallacy. These “mature” programs are usually bolt-on and exist within service, marketing, or communications, but rarely are they communicating across the organization. And herein lies one of the greatest challenges facing businesses in 2011 and 2012. It’s time for a bit of culture shock.

Case in point. Almost 50% of participating companies in this study house social media in marketing. Another 30-40% place social in corporate communications. These two groups represent both the majority and potential confinement. In most cases the above list in addition to those not accounted for, do not truly work together in most businesses. Yet, each one of these divisions in addition to sales, HR, finance, et al, will at some point require a social approach. In my experience, as these divisions have added interactive processes to the mix, they have either done so without the knowledge of other more experienced divisions or they have demanded the centralization of a new media organization to help lead the way. Without a centralized hub helping the business to become more social, we risk brand integrity, dilution, and also market confusion. This is why Engage is so thick…social media’s impact on business is enterprise or company wide.

The Progress of Progress: When Many Equal One

The time for greater understanding and leadership is upon us. We must think holistically and how officially introducing the 5th P (people) in to the mix calls for new processes, systems as well as perspective and direction. This isn’t supposed to be easy…one Fortune 500 company that I’m working with turned into a 3+ year adventure in which we redesigned (ing) the management and execution infrastructure. It’s been both tremendous and arduous. But I realized that in order to inspire “open leaders,” they need a little help…and it doesn’t necessarily unfold because executives suddenly realize the potential of social media. It happens because they can see the benefits of how collaboration and listening along with other variables starts to impact the bigger picture and the bottom line.

My focus over the last several years and also in the time to come, is aimed squarely at the C-suite and middle management. I spend most of my time now with executives (not the c-level at first, but those who report to them), who realize the opportunities, risks, and understand how to work the political machine to get things in motion. It’s a combination of change management and organizational transformation, but it’s also propelled by playing the game internally…all rooted in experimentation and the presentation of progress.

It’s not enough to get social presences online, recruit mommy bloggers, launch new badge programs or specials on Foursquare or to activate influencer programs. We need structure, organization, guidelines, direction, and meaningful collaboration across the enterprise. As a result, new media change agents and those who work with them start to bump up against the roles that management consultancies such as McKinsey address. But even the most progressive management consultancies are struggling with drafting the blueprint for the future of business.

The democratization of media triggered the equalization of influence. Consumers are empowered and as a result, they demand a more engaging experience. Businesses must now add a human touch in order to not only earn relevance, but also build a vibrant and influential community. This will take time and will force us to rethink everything including behavior, structure, and vision as well as how we approach social today. The truth is that social media isn’t forcing this complete (r)evolution, it was simply the latest catalyst to prompt an overdue domino effect to create a true customer-centric organization.

This is your time… 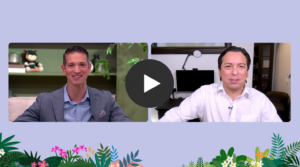 44 COMMENTS ON THIS POST To “Rethinking the Future of Business Part 1: The State of Corporate Social Media”