Home » blog » Social Media » How do you increase social influence? Don’t think about the score
Go Back

How do you increase social influence? Don’t think about the score

Influence: The capacity to have an effect on the character, development, or behavior of someone or something, or the effect itself.

Digital influence is a controversial topic. At the heart of the matter is this idea of influence and it raises questions and doubts as to whether or not the ability to cause effect or change behavior is truly measurable. Regardless of the answer, we are introduced to a new reality of social networking, an era where our actions and words in Facebook, Twitter et al. are used for and against us.

One day we awoke to find a number attached to our digital persona. And in this new awakening is a fascinating new twist in social media, the association between scores and avatars and the new digital socioeconomic factors that are introduced. We are now ranked and what was once a peer-to-peer network is now tiered, creating a social hierarchy where a score defines your place within it.

Welcome to the EGOsystem.

If we look beyond the word influence, we see that the ability to measure effect is complicated and elusive. I believe  however, that we’re closer to measuring social capital, at least in a digital sense, than we are measuring outcomes. Presenting scores that reflect a semblance of influence creates a society of “haves and have nots.” Social capital to the contrary is aspirational. We’re inspired to invest in a healthier, vibrant, and useful egosystem.

Harvard political scientist Robert D. Putnam describes social capital as “collective value of all ‘social networks’ and the inclinations that arise from these networks to do things for each other.” As a result, he believes social capital can be “measured by the amount of trust and reciprocity in a community or between individuals.”

I was recently asked by my friends at Klout to share my thoughts on how individuals (and brands) can invest in the social capital carried by their digital personae. To be honest, I don’t offer tips and tricks to boost your score. Instead I offered tangible advice to think about the tenets of community such as trust, reciprocity, and recognition to guide transactions, investments, and withdrawals of capital in the new social economy.

Following is my very honest discussion with Klout…

Klout: We often get asked, “What can I do to get a higher Klout Score?”. We can provide some guidance, but the real experts on the subject are the influencers themselves. Today, we’re starting the first of a new series of posts at Klout spotlighting Klout Stars and asking them their secrets to success.

I’m not sure that my engagement in social media was driven by strategy. In all honesty, my view of engagement was and still is about intention and goodwill. While many believe that the pillars of social media are solidified through authenticity and transparency, the true promise and purpose of living in public is the ability to learn in real-time, the impact we can have on anything we set out to accomplish.

Social media is our chance to do something that’s bigger than us and that’s what motivates me.

I believe if Social Media warranted a mantra, it would sound something like this, ‘Always pay it forward and never forget to pay it back…it’s how you got here and it defines where you’re going.’

It’s about the investment you make in the creation or curation of relevant and useful content. It’s about the power and unsaid significance behind a retweet on Twitter, a ‘like’ on Facebook, the friending or following of someone to extend a social graph. It’s also expressed through the explicit act of commenting on posts and updates, engaging in online conversation, sharing the contributions of others as well as linking. These acts serve as the currency of social media and the exchange of this currency is indexed today by services such as Klout. The net result is the reflection of your social capital as cast by your digital persona.

2. What advice do you have for someone who wants to take their social media influence and presence to the next level?

There is a balance required to engage, contributing as much or more value than you withdraw from each interaction.The Social Web is powered not by self-promotion, but by the value of the community and the selfless act of recognizing, showcasing, and connecting the great people, content, and causes around us. And with it comes great purpose. If the currency of social media is action, then the value of social capital is measured in influence. Influence is not measured by a score, but instead by the culmination of resulting actions. Focusing efforts on solely driving actions is counter productive. As such, focusing efforts to boost scores is as shallow as it is restricted. If you invest in the value of the community and seek to improve the experiences of those to whom you’re connected, your influence and presence is in turn symbolic of something that escapes a number. Your investment then pays off in the form of self actualization, reaching higher potential without any attachment to success or reward.

This is your time to define the ‘me’ in social media and invest in the people who define the networks to learn, grow, and teach to increase the value of the community overall and your place within it.

Remember who you are…build bridges between aspiration and realization. ___
The New ENGAGE!: If you’re looking to FIND answers in social media and not short cuts, consider Engage!: Choose from the Deluxe or Paperback edition 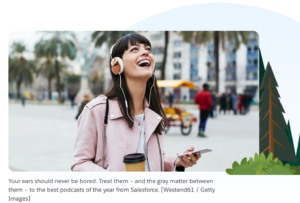 72 COMMENTS ON THIS POST To “How do you increase social influence? Don’t think about the score”