Home » Press » Never heard of Generation C? That, says Brian Solis, is the problem
Go Back

Never heard of Generation C? That, says Brian Solis, is the problem 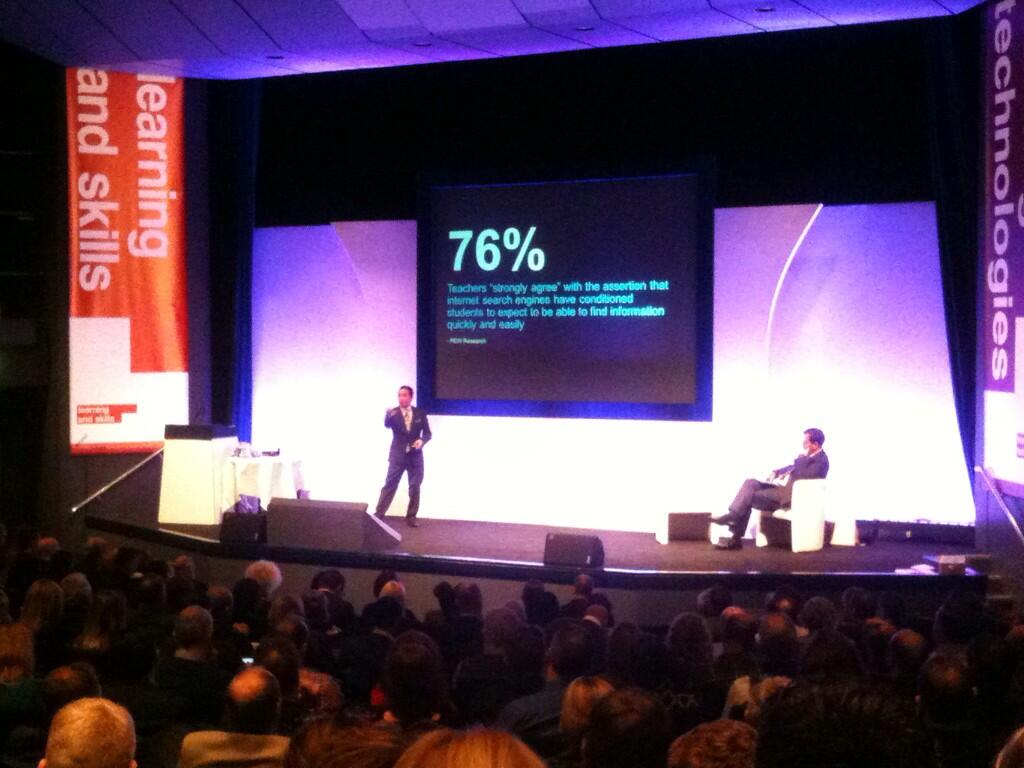 ITProPortal’s Alysia Judge attended Brian Solis’ keynote at the annual Learning Technologies conference in Olympia, London in January 2014. Her summary of his presentation captured why the future of education begins with each one of us.

“Nothing says future learning technology like a powerpoint deck,” quips Brian Solis as he takes to the stage at London’s Learning Technologies 2014 conference to deliver the introductory keynote address.

And of course he’s right. Gone are the days of the blackboard, now classrooms are filled with projectors that deliver an entire lesson plan through interactive whiteboards. It’s one of the reasons the UK’s budget freeze in school IT funding is so damaging, but it’s also a symptom of what Solis calls “Generation C.”

Consumerism has evolved as we’ve moved into an era of hyper-connectivity. Through education and learning, the new consumer is wired to think differently to those that came before him or her because as Solis puts it, “technology is turning us into accidental narcissists.” Sitting at the centre of our own virtual egosystem, the traditional hierarchies that dominated the proliferation of information both in the classroom and the boardroom have shifted.

As a digital anthropologist at Altimeter, Solis is a leading voice in examining these disruptive technologies we use every day and how everyday people and businesses deal technological evolution in the face of existing infrastructure, culture and business.

Addressing the packed audience at the Kensington Olympia, Solis jokes how his body has now forgotten how to use a fountain pen. Touchscreen tablet technology has evolved his muscle memory so now the simple act of writing feels foreign. This, however, is not necessarily a bad thing.

“We’re the last generation to know what the Kodak moment meant,” he proclaims, surveying the crowd. “Technology and society evolve. We have to not only adapt and evolve with it, but how we approach a problem or opportunity has to evolve to.”

This so-called “Digital Darwinism” is, he argues, what propels positive change. He uses the example of YouTube video which shows a one year old baby nimbly manipulating an iPad, but when presented with a magazine is perplexed by why she can’t operate the pictures like a tablet. “We’re the generation that has started with analogue, and had to learn every technology as it was invented,” says Solis. “Now the baby is representative of a generation that learns technology first, and has to learn analogue second because we won’t let the past go. We have to change our approach.”

Generation C is a culture that is technologically engaged and always on, yet critically Solis argues the belief that it is bound to the young is fundamentally flawed.

“Generation C is us,” he emphasises, gesturing to the packed room of adult businessmen and women. “It is not bound by age, it stands for connected. As leaders and teachers we need to learn to engage not just with an audience, but with an audience of audiences. Generation C is not a psychological state of mind, but a lifestyle choice.”

Traditionally Generation C has been cordoned off as a feature only of those born after 1990. However these “digital natives”, highly-connected individuals who have grown up with technology so intimately woven into their lives that they are transforming how we work and live, should not be regarded as foreign. Everyone – whether they’re fifteen or fifty – has the capacity to be part of this generation and shape the way technology slots into our lives. Striving to understand the digital age and embracing technology is the key to moving forward, and Solis encouraged the Learning Technologies conference to engage with and react to technological advances in order to make a difference in their everyday professions and businesses.