No one likes change, but in order to survive in this rapidly evolving world, TV station executives need to hold their noses and jump in, said Brian Solis, principal analyst and author at Altimeter Group, addressing attendees at PromaxBDA’s Station Summit.

“Digital Darwinism is affecting every single industry out there today, not just television,” said Solis. “More than 40 percent of the companies that were at the top of the Fortune 500 in 2000 were no longer there in 2010.”

That means that resting on your laurels – continuing to deliver the news at 5, 6 and 11, for example – will no longer get the job done. In fact, continuing to do things the way they’ve always been done may end the job.

“The things that are going to help you compete for the future have very little to do with technology. Technology is just an enabler,” Solis said. Instead, it’s the following things that prevent change within organizations: lack of urgency, fear of risk, politics, egos, self-preservation, lack of understanding or expertise, not my job, and commitments to the existing roadmap. “Disruption happens because someone innovated and innovation changes behavior,” said Solis. “A good place to start is thinking about a mobile experience.”

To drive home that point, Solis said that in April, Google made an announcement that people termed “Mobilegeddon”: Google made sweeping changes to its search algorithm that would prioritize mobile-friendly sites on smart phones.

“It’s a fair guess that a lot of your Web sites suck,” Solis said to the audience of TV station creative directors and other executives to laughter,” yet they are windows to new viewers, new consumers.”

Meanwhile, Solis said, some 74% of businesses have no plans to optimize their sites for mobile viewing, meaning they don’t have a plan to stay competitive in the increasingly mobile world.

“If most content experiences are starting here, then that experience needs to be reimagined,” Solis said. “Our concept of content and viewership is being built upon a foundation of legacy. That’s cool, that helped us compete over the years, but that’s not innovation, it’s iteration.”

Solis encouraged Station Summit attendees to consider breaking away from iteration to move into innovation. “Another place to start is recognizing that we have things to learn,” he said.

Citing LinkedIn CEO Jeff Weiner, Solis said: “There is a widening skills gap where the existing workforce has been educated and trained to obtain the jobs of yesterday and not the jobs of today and tomorrow.”

To move to place of innovation over iteration, several changes need to take place within organizations.

First, teams need to be encouraged to fail.

“The mantra of every start-up in Silicon Valley is fail. You are supposed to fail, fail fast, fail forward. If you took that mantra to anywhere else in the world, it would have bad connotations, you would get fired, docked, penalized. When you get penalized for failing, you end up in cultures that are risk averse. You can’t innovate if you are risk averse.”

And organizations need to create teams whose sole responsibilities are innovating and taking the company forward.

The habits of people living digital lives tend to be the same whether they are 15, 25 or 45, Solis said, calling that group Generation C, and demonstrating that lifestyle is an important factor for marketers to consider when trying to attract consumers. Middle-aged digital natives can be just as ADD as teenagers, who tend to reach for their smart phones every six minutes, said Solis.

As an example, Solis called up BuzzFeed, which creates some of the Internet’s clickiest content.

“The BuzzFeed editorial team is paid by how much people click, view and share their content, so they are forced to create content differently,” said Solis. “People can’t even relate to traditional, fact-based headlines now. In a world where content can be manipulated, to be engaging, shareworthy, stimulating to the point where users can’t go away, think about what that does to your web site and to your business model going forward. What if you have to compete against BuzzFeed? Well, you do.”

Moreover, TV stations have more to lose by sticking with what they know than by venturing forth into a brave new world.

“We have all arrived at the same crossroads regardless of what business we’re in: We can do the same old shit or we can try some crazy new shit.”

In the end, Solis said, it’s innovate or die.

“You need to start walking in the shoes of the digital customer and let them take you places that don’t feel comfortable,” he said. “If you reward risk, people start taking risks. If you offset the daily grind and let people innovative, they actually start innovating.” 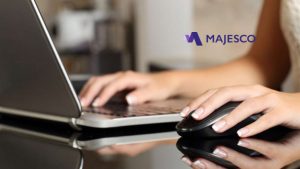 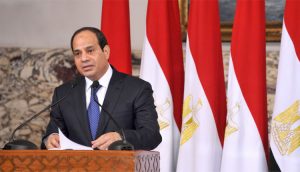 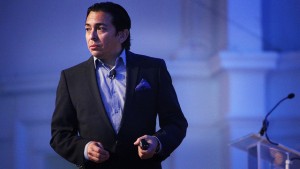