The Digital Marketing Barometer: The Top Ten Most Powerful Influencers 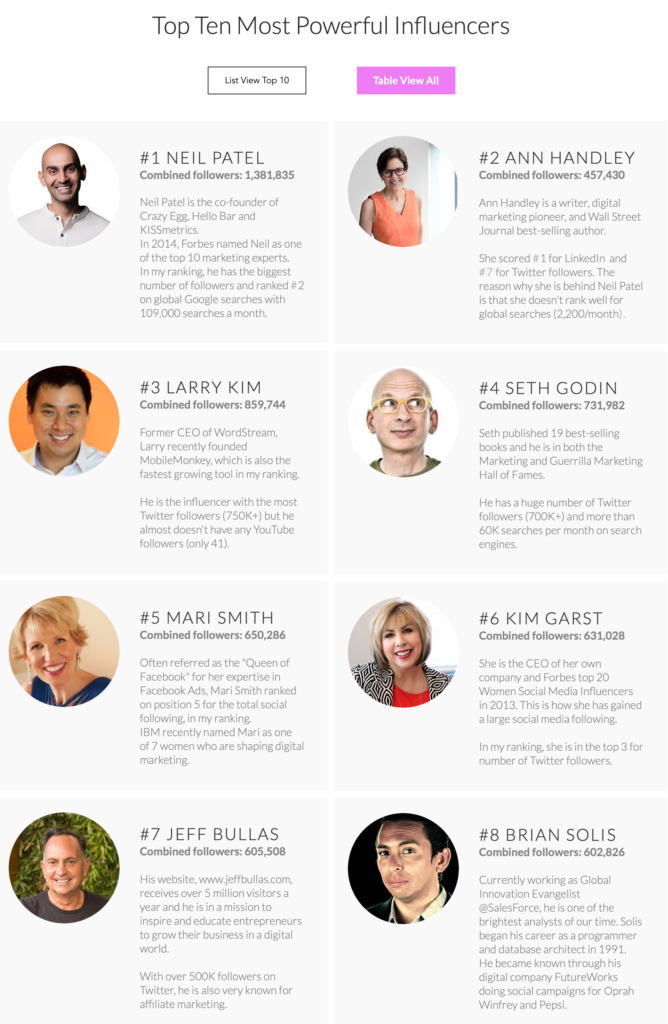 Luca Tagliaferro assembled a list of the top trends, websites and influencers powering the world of digital in 2020. Brian Solis made the top ten along with friends and other amazing thought leaders, Neil Patel, Ann Handley, Seth Godin, Mari Smith, Kim Garst, Jeff Bullas, and more.

Many of the faces that run the most powerful tools are just as popular as the tools themselves. Many powerful digital marketing celebrities have a huge following on social media and some of them are easy to engage with. They are entrepreneurs that became social media superstars due to the products they launch and the learning their share.

Currently working as Global Innovation Evangelist @SalesForce, he is one of the brightest analysts of our time. Solis began his career as a programmer and database architect in 1991.

He became known through his digital company FutureWorks doing social campaigns for Oprah Winfrey and Pepsi.

digital influencer influencer luca tagliaferro
« Previous PostThis is not the new normal or the next normal: that’s for everyone else
Next Post »Humanly Possible: A LifeScale Approach to Scaling Your Life Toward Creativity and Happiness