The fast-food giant is trying an idea that Starbucks has already been successful with via Veronika Bondarenko, TheStreet.

Digital-forward restaurants are some of the fast-food industry’s most controversial new developments — some see them as a way to cut the use of staff and speed up the ordering process while others describe them as too automated and soulless for their tastes. In the last year, chicken chain Wingstop launched what it called its “restaurant of the future” — a small front area with ordering screens and no seats or tables and a cash-free concept. While passersby are currently able to use the screens to order, the chain’s goal is to eventually transition to only being the place to pick up orders placed online and through the Wingstop mobile app.

Yum! Brands-owned Taco Bell opened its first digital-only restaurant in New York’s Times Square at the start of 2021 and has since expanded to locations across the country.

Fellow Tex-Mex chain Chipotle Mexican Grill has “Chipotlanes,” which are similar to the traditional drive-thru but are independent rather than attached to a main restaurant.

McDonald’s Latest Step Into the Future

As the country’s most popular and iconic fast-food chain, McDonald’s (MCD) – Get Free Report has been slower to embrace the digital-only concept. The format for new restaurants includes more screens and a smaller front-of-house but, at least until now, most restaurants had at least a small dining area.

On Thursday, the Golden Arches announced that it was testing a new restaurant concept. The pilot location in Fort Worth, Texas is about half the size of a traditional McDonald’s and contains several features meant to serve different types of digital and pickup customers–a conveyor belt for picking up orders placed online, a shelving area for Uber Eats and other delivery couriers to pick up orders, and kiosks with screens for those who want to order there.

“At McDonald’s, we’ve been setting the standard for Drive Thrus for more than 45 years,” Max Carmona, senior director of global design and restaurant development, said in a statement. “As our customers’ needs continue to change, we are committed to finding new ways to serve them faster and easier than ever before.”

The fast-food industry has been steadily driving its customers to order online and through its mobile app. McDonald’s already dominates the industry when it comes to app use–in 2021, it had more than 12 million more downloads than the next most commonly installed fast-food app–but investment in this type of concept shows that its leaders expect these types of orders to continue growing.

Features like cashless restaurants, 24-hour automated kiosks and food-delivery robots are also becoming increasingly more common across the industry. Fast food is particularly fitting for these types of developments as, unlike with sit-down and family-owned restaurants, fewer customers particularly value eating inside the store even if some there locations tailored for that will remain as well.

Over the last 12-24 months, technology systems were upgraded to facilitate mobile access, on-demand reservations, orders for delivery and pickup, contactless payments, digital menus, and loyalty programs to serve a ‘contactless’ dining experience,” Brian Solis wrote for Restaurant Dive at the start of 2022. 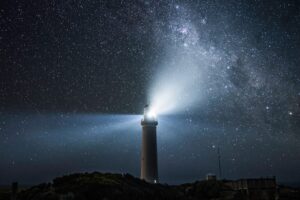