Home » Articles » Business Growth » PR 2.0 = The Evolution of PR, Nothing Less, Nothing More
Go Back

PR 2.0 = The Evolution of PR, Nothing Less, Nothing More

There are many of us running back and forth from the edge to the center who would love to drop “2.0” from new evolution of PR. Hey, it’s even the name of this blog, and has been for years, but there’s a reason I haven’t changed the name yet.

The subject itself is a catalyst for healthy, informative, and motivating conversations.

I was reminded of this as good friend Kami Huyse shouted on Twitter recently, “I hate PR 2.0 I HATE PR 2.0. I can’t say it any louder, you get my drift. Come on folks, we aren’t software developers here.”

The irony is that when I first started using the term in the mid-to-late 90s during the Web 1.0 era, it was indeed inspired by software development. To reach a state of “2.0” after releasing the first iteration of software is a momentous step – a proof point that we’re on the right track, but that by listening to customers and also innovating, you could constantly release a better product.

And she’s not the only one talking about the so-called PR 2.0 contingent.

Noted PR fortuneteller, Amanda Chapel, captured it so eloquently, “History won’t be kind to PR 2.0, i.e. a moment in time when infatuation with tools replaced understanding of communications.”

*In a perfect world, it is what PR should be and should’ve been all along, but it isn’t.

Somewhere along the way, PR lost it’s way and created a new “sub” standard for what should have been one of the most respected positions within business marketing. Words such as shill, spin, sales, BS, bluff, exaggeration, arrogant, sensationalist, and oblivious, have become synonymous with this once golden profession. While the majority of the PR industry truly believed they were doing the right thing, the truth is that it took the Internet to expose our weaknesses and most importantly, it provided the infrastructure for us to learn from our mistakes publicly.

The reinvention of public relations was sparked ten years ago and its just now gaining momentum.

1) PR as an industry is in dire need of evolution in order to not only stay relevant, but also prove that in the social economy, it can be one of the most effective forms of marketing that cultivates customers, ambassadors, and enthusiasts.

2) Social Media is not New PR. It is a classification of “socialized” media and it is inspiring new PR, but they are not one in the same. 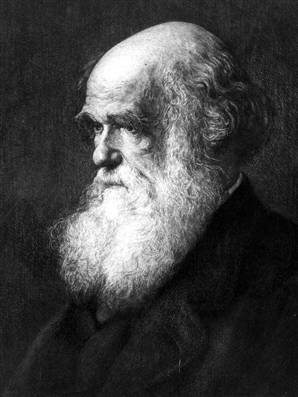 There’s a tremendous amount of confusion within the globally distributed halls of PR, and instead of debating and focusing our energies on 1.0 vs. 2.0, we should be working together to help people make the migration to new methodologies, strategies, and showcase the tools to participate.

The divide between those who do get it and the people that don’t is oceanic. Equally, there are veterans and opportunistic marketers who “believe” they get it, but actually don’t and are actively pushing this substandard, naïve, or manipulative form of person-to-person marketing…and they too must also learn.

Narrowing that chasm is a personal objective for me.

Here’s how I defined it years ago:

PR 2.0 was born through the analysis of how the Web and multimedia were redefining PR and marketing communications, while also creating a new toolkit to reinvent how companies communicate with influencers and directly with people.

It is a chance to not only work with traditional journalists and analysts, but also reach out to a new set of influencers, customers and peers.

No BS, no hype, just an understanding of markets, the needs of people, and how to reach them at the street level – without insulting everyone along the way. PR is evolving into a hybrid of communications, evangelism, and web marketing strung together by the teachings and benefits of sociology and psychology.

Obviously, the Web matured over the years. You could have simply subbed “multimedia” with “new media” several years ago and most recently, “Social Media.” Yet they’re all still relevant.

The classification was simply a reference for reflection, inspiration, and education.

Let me be clearer.

PR 2.0 is the understanding and practice that communications is a two-way process and incorporates the tools, principles, strategies, and philosophies for reaching, engaging, guiding, influencing, and helping people directly in addition to the traditional cycle of PR influence.

Social Media, the interactivity of the Web, and the rise of democratized content indeed represents a much-needed reinvigoration for a tired and complacent industry.

The only reason I run spend my free time writing about this is to spotlight the ongoing evolution of marketing to bring things from the edge to the center so we can all learn and grow together. It’s also one of the reasons I joined Chris Heuer and a group of other pioneers to co-found The Social Media Club. If you get it, share it.

In this regard, the principles and
philosophies of PR 2.0 (originally) are truly different and noteworthy when compared to what we practice in traditional Public Relations and what we’re taught in school – although there are some fantastic people out there working to change this, Jay Rosen, Dr. Kaye Sweetser, and Robert French, just to name a few. There’s a balance between old, proven, and what’s new that we must equally embrace in order to be successful and effective.

What’s undeniable is that the Web has created and forced new channels for the distribution of information “at,” “to” and “between” people. It changed everything. It’s forcing traditional media to evolve. It’s creating an entirely new set of influencers with a completely different mechanism for collecting and sharing information, and is also reforming the daily routines of how people discover and contribute content.

The debate surrounding the “name” for this renaissance is insignificant and is a distraction from the more important parade of new and renewed ideas, strategies, and practices that help companies tell their story more effectively, genuinely, and convincingly. People will align with the moniker they believe in as long as it all nets to the same thing at the end of the day.

This isn’t about the critics or those who believe they’re above the rest of us, or even the enthusiasts who are overly passionate about the tools they use for sharing content in Social Media Marketing, this is about those who are learning, and more importantly, who want to learn about how PR can change for the better.

It’s not the tools. It’s the communicator.

It’s not the story; it’s the personalization and the targeted benefits and value proposition that compel someone to not only listen, but respond.

Let’s help those millions of Public Relations professionals and students who are just now, or soon will be, introduced to the new world of communications many of us have already been navigating for years.

They’re embracing the new school of PR as a personal responsibility and commitment to make things better.

New PR is only new until it’s not, and quite honestly, everything simply folds back into Public Relations.

Until we can get the rest of the world on the same page however, New PR deserves its own attention in order to help those looking to learn and understand where they need to be.

PR 2.0, New PR, Online PR, Social Media Marketing, Conversational Marketing, Influencer Relations, Relationship Marketing, Community Marketing, whatever we call it, there’s no denying it is representative of a shift in communications. It’s migrating from a broadcast mechanism to a hybrid assembly of traditional PR combined with web-savvy, social-awareness, intelligence, and a real understanding of markets.

These more enlightened communicators get it and can effectively ignite relationships with people directly (conversations) and through peer-to-peer influence. One-to-many PR does not dissipate either; it becomes more targeted and informative.

For over ten years, we have had the ability and the privilege to virtually communicate directly with people, complementing our traditional channels of influencer relations.

The difference though, is that we’re required to participate in a more informed and intelligent way. It’s quite simply the minimum ante to jump in. Unfortunately, however, many communications professionals are merely using the same old tools and strategies to reach a very sophisticated group of consumers. 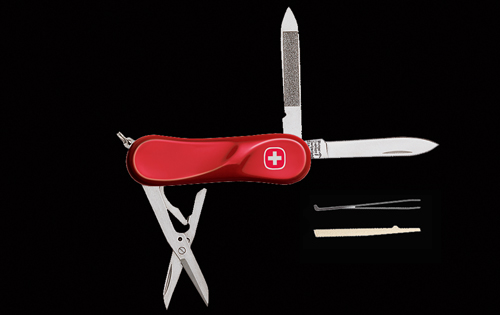 It’s not just about “finally” getting on Twitter, blogging, podcasting, creating profiles on social networks, putting videos on YouTube or uploading artwork on Flickr. These tools will come and go. It’s about what you do with them to create mutually benefitial relationships within each online community.

Be the person you want to inspire.

It all comes down to social sciences and the understanding, that New PR and Social Media Marketing is guided by sociology. The study and observation of online cultures, their interactivity, and the humanization of what it is we’re hoping to carry into these important communities will by default, improve the foundation for forging successful and mutually beneficial relationships. That’s where it all starts. Spin, hyperbole, messages, pitches, blasts, and voicemails have no place in the new world of communications.

Whether we’re talking about traditional PR or new PR, it was and is still rooted in relationships.

Online and offline PR require strategies that were supposed to be part of PR all along (know what you’re talking about and to whom your talking, who/what you represent and why it matters to the people you’re trying to reach).

In my opinion, there is no such thing as PR 2.0 as a practice. It is simply a game-changing mantra. But, if 2.0 is a mantra for evolution and change, then yes, it implies that there was, and still is, a traditional way of looking at things.

Whether you subscribe to the label is moot. If you believe in the reinvention of a more socially conscious, informed, and relationship-driven form of public relations, then that’s all that matters. Call it whatever you want, just as long as you contribute value to the evolution instead of stealing from it.

So, what are we going to do about it?

Dennis Howlett, a respected enterprise and IT related finance thought leader and author, responded on Twitter, “@briansolis: if it’s evolving then why does it continue to fail? ”
(see what you’re up against?)

My response, “@dahowlett it fails because people feel that there’s nothing to learn. Good news, there’s an undercurrent and I’m trying to e
xpose it.”

Howlett, ”
@briansolis No point in exposing it if the practitioners don’t get off their backsides and do something about it. I hope you’re successful. “

The Art of Listening and Engagement

“There are two types of people who will tell you

“The customer is radically changing as a result